During photosynthesis, light energy converts carbon dioxide and water (the reactants) into glucose and oxygen (the products).

1. Photosynthesis is the process plants use to make their own food.

Like all living things, plants need energy to carry out the processes that keep them alive. They get this energy from food. Humans and most other animals are heterotrophs, meaning we have to consume other organisms—plants, other animals, or some combination of the two—for food. However, plants are autotrophs, meaning they create their own food.

Plants use sunlight to convert water and carbon dioxide into glucose and oxygen in a process called photosynthesis. In biology, this information is often expressed using a chemical equation.

You can think of the reactants as the ingredients for preparing a meal and the products as the different dishes in that meal.

With that in mind, let’s take a look at the chemical equation for photosynthesis:

*Sometimes, you’ll see sunlight, or a symbol indicating the sun, over the arrow in the equation.

2. The reactants of photosynthesis are carbon dioxide and water.

We’ve established that plants need carbon dioxide (CO2) and water (H2O) to produce their food, but where do these reactants come from and how do they get where they need to go inside the plant? 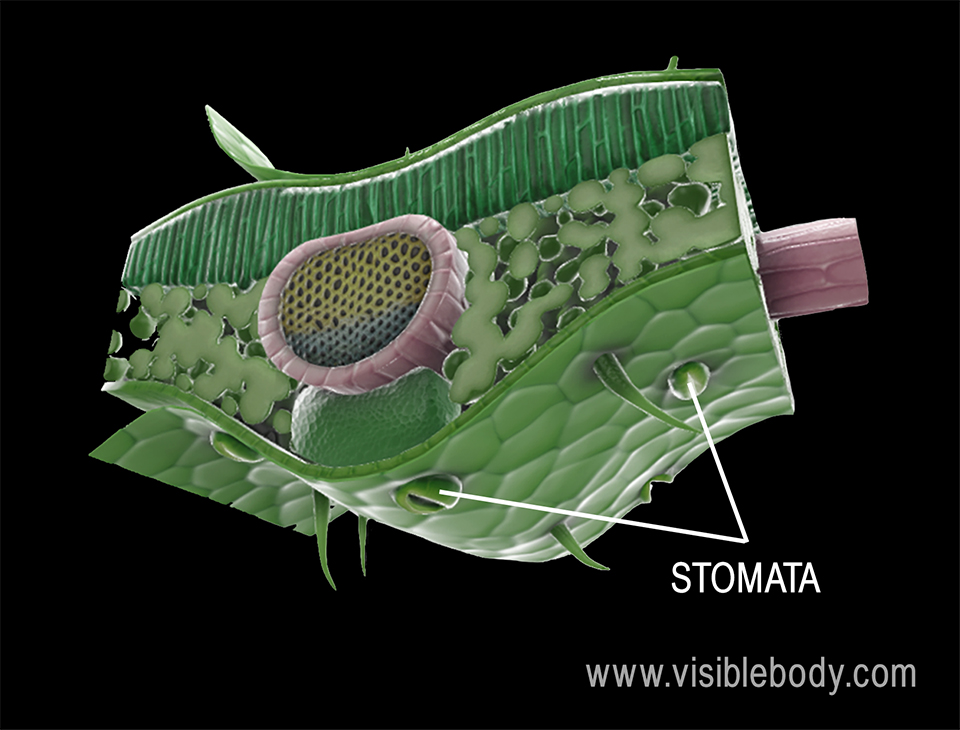 Plants get water from the soil surrounding their roots, and water gets to the leaves by traveling through the xylem, part of the plant’s vascular system. In leaves, the xylem and phloem are contained in the vascular bundle.

3. Light energy from the sun initiates photosynthesis in the chloroplasts of plant cells.

Plant cells have special organelles called chloroplasts, which serve as the sites for the reactions that make up photosynthesis. Their thylakoid membranes contain a pigment called chlorophyll, which absorbs photons (light energy) from the sun, initiating the light-dependent reactions that take place within the thylakoids. 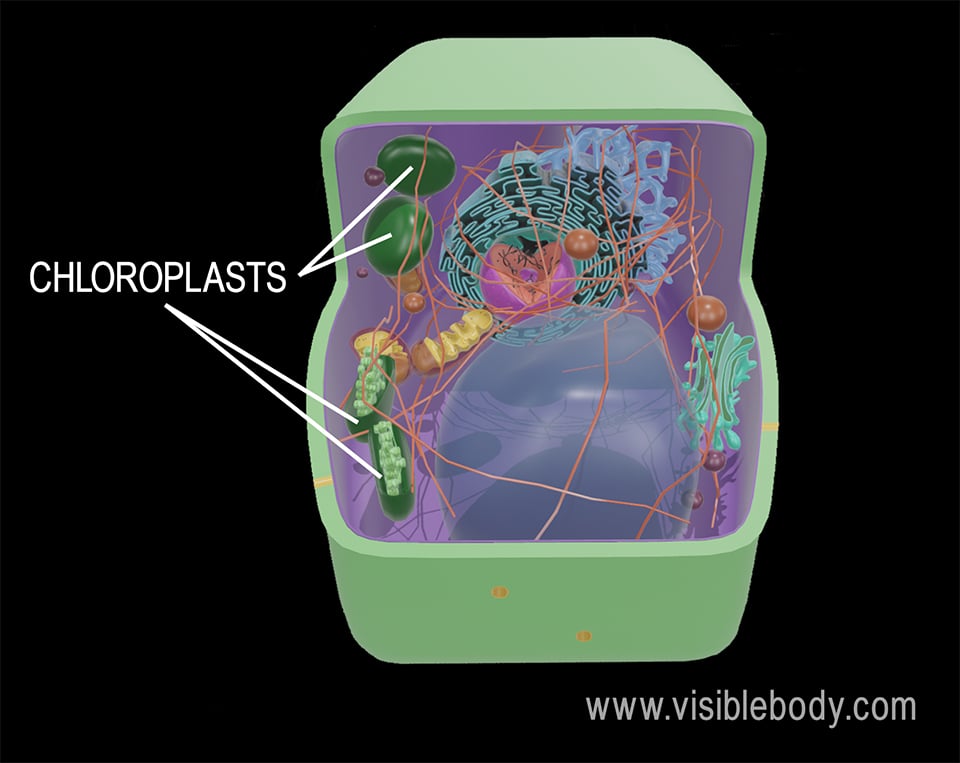 During these reactions, water molecules (H2O) are broken down. NADPH and ATP—high energy molecules that power the production of glucose—are produced during the light-dependent reactions, as well. Electrons and hydrogen ions from the water are used to build NADPH. Hydrogen ions also power the conversion of ADP to ATP.

4. The products of photosynthesis are glucose and oxygen.

Did you know that oxygen is actually a waste product of photosynthesis? Although the hydrogen atoms from the water molecules are used in the photosynthesis reactions, the oxygen molecules are released as oxygen gas (O2). (This is good news for organisms like humans and plants that use oxygen to carry out cellular respiration!) Oxygen passes out of the leaves through the stomata.

The light-independent reactions of photosynthesis—also known as the Calvin cycle—use enzymes in the stroma, along with the energy-carrying molecules (ATP and NADPH) from the light-dependent reactions, to break down carbon dioxide molecules (CO2) into a form that is used to build glucose.The mitochondria in the plant’s cells use cellular respiration to break glucose down into a usable form of energy (ATP), which fuels all the plant’s activities.

After the light-independent reactions, glucose is often made into larger sugars like sucrose or carbohydrates like starch or cellulose. Sugars leave the leaf through the phloem and can travel to the roots for storage or to other parts of the plant, where they’re used as energy to fuel the plant’s activities.

An article on chemical equation notation from cK-12.