Getting to the root of it all: comparing monocot and dicot roots

Before we look at the structures and tissues inside monocot and dicot roots, let’s examine how their overall shape and structure differs. Monocot roots are fibrous, meaning they form a wide network of thin roots that originate from the stem and stay close to the surface of the soil. In contrast, dicots have “taproots,” meaning they form a single thick root that grows deep into the soil and has smaller, lateral branches. 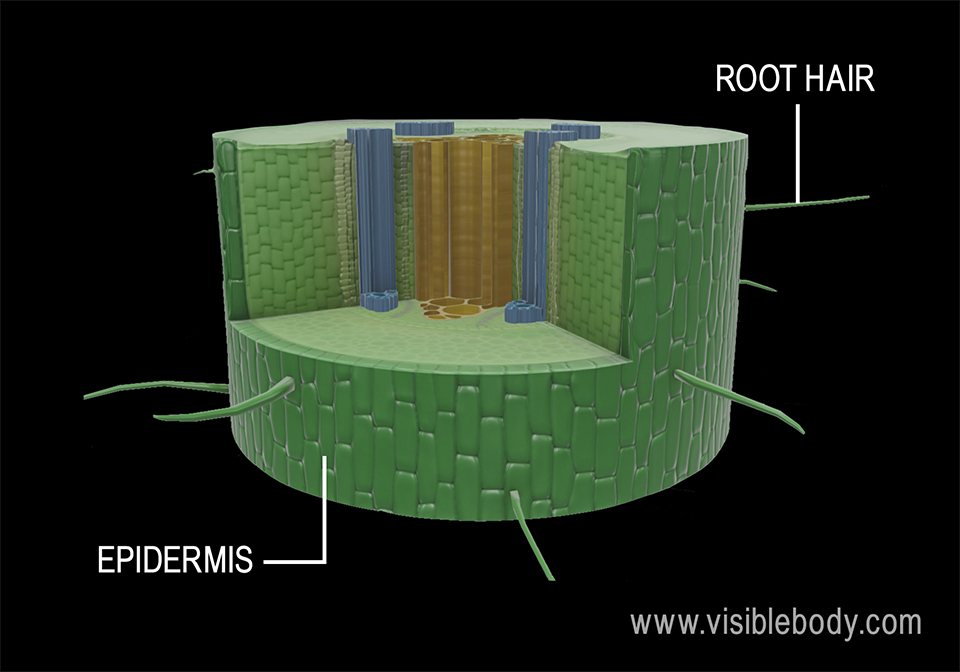 The outside of both monocot and dicot roots is covered with a series of hair-like protrusions, appropriately called root hairs. They maximize the root’s water and mineral absorption capabilities because they increase its surface area.

The epidermis, made up of dermal tissue, is the outermost layer of the root. Like the epidermis of human skin, the root’s epidermis is protective, preventing damage to the root.

The endodermis, another layer of dermal tissue, serves as a selective barrier between the ground tissue of the cortex and the stele—the central part of the root where the xylem and phloem develop. The pericycle is the outermost layer of the stele. It contains cells that can divide and give rise to lateral roots.

Another type of ground tissue, called pith, can be found in the center of monocot roots. It is composed of parenchyma. 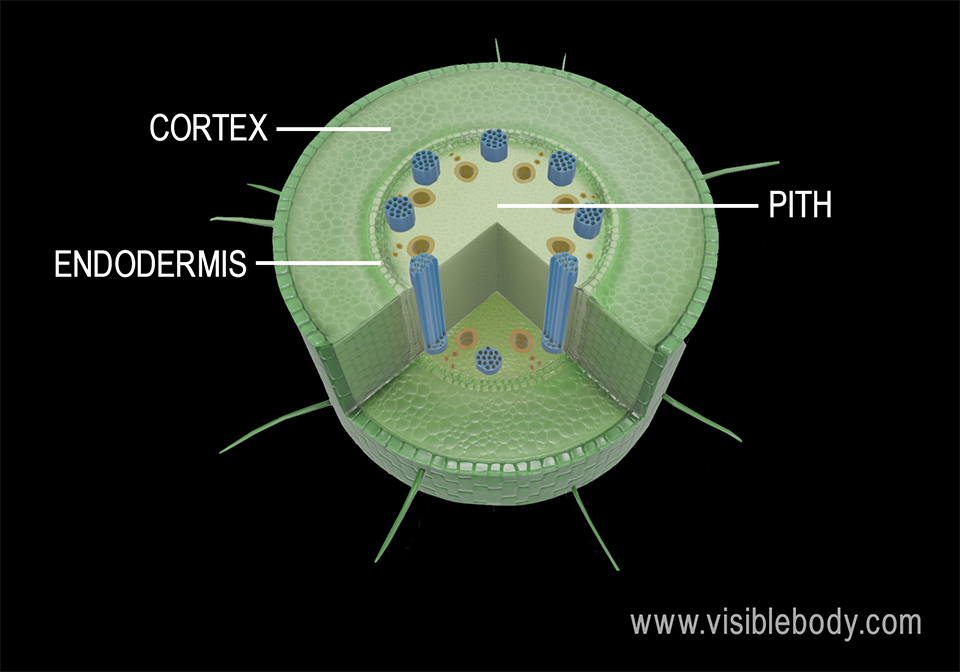 3. In monocot roots, the vascular structures are arranged in a circular pattern around the central pith.

In monocot roots, the vascular bundles are arranged in a circular pattern.

In monocot roots, xylem and phloem tissue bundles are arranged in a circular fashion around the central pith, which consists of ground tissue (parenchyma). Monocot roots have a larger number of vascular structures than dicot roots.

4. In dicot roots, the vascular structures are located in the middle of the root, surrounded by vascular cambium.

In dicot roots, the vascular structures are located in the middle of the root.

Since dicot roots don’t have a central pith area, parenchyma serves as connective tissue in the region where the dicot root’s vascular structures are found.

A collection of resources describing vascular cambium from Science Direct.

A description of plant tissues from the University of California Museum of Paleontology.