Leaves, and the structures they contain, play key roles in photosynthesis.

When it comes to photosynthesis, the most important parts of the plant are the leaves. Their cells and structures are specialized to take in light and allow for gas exchange with the air around them. They also contain vascular structures that transport water from the roots into the cells that carry out photosynthesis.

1. The plant’s vascular tissues—xylem and phloem—transport water to the leaves and carry glucose away from the leaves.

Anyone who cares for plants could probably tell you that pouring water directly onto the leaves isn’t the best idea. Plants absorb water from the soil, using their roots. 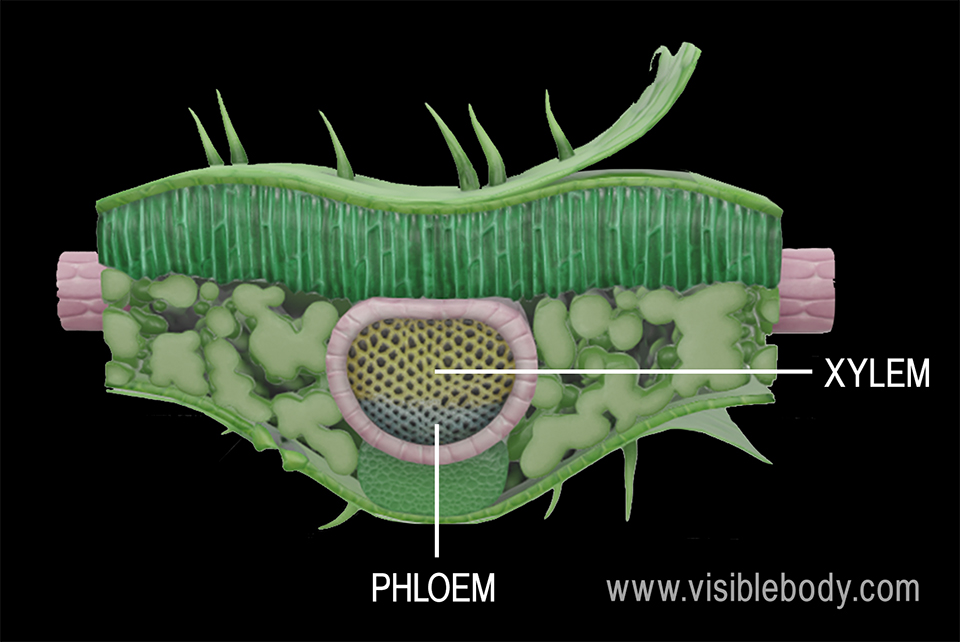 Once photosynthesis has occurred, the produced sugars move through the phloem to other parts of the plant to be used in cellular respiration or stored for later.

2. Stomata, regulated by guard cells, allow gases to pass in and out of the leaf.

We may not be able to see them with the naked eye, but the leaves of plants contain tons of tiny holes, or pores, called stomata (sing. stoma). They play a central role in photosynthesis, allowing carbon dioxide to enter the leaf and oxygen to exit the leaf. The stomata also facilitate transpiration, the process by which water vapor is released through a plant’s leaves. 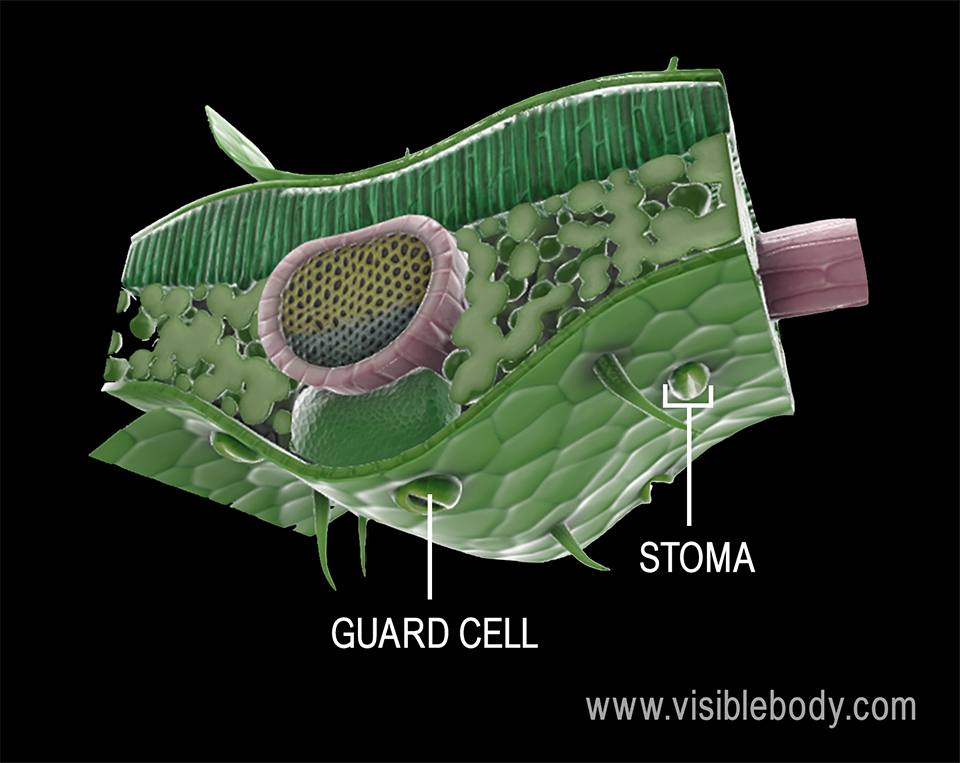 3. Cells in the mesophyll of the leaf have numerous chloroplasts.

In leaves, cells in the mesophyll (the tissue between the upper and lower epidermis) are uniquely suited to carry out photosynthesis on a large scale. This is due to their high concentration of chloroplasts, which are the sites of photosynthesis. More chloroplasts means more photosynthetic capability. 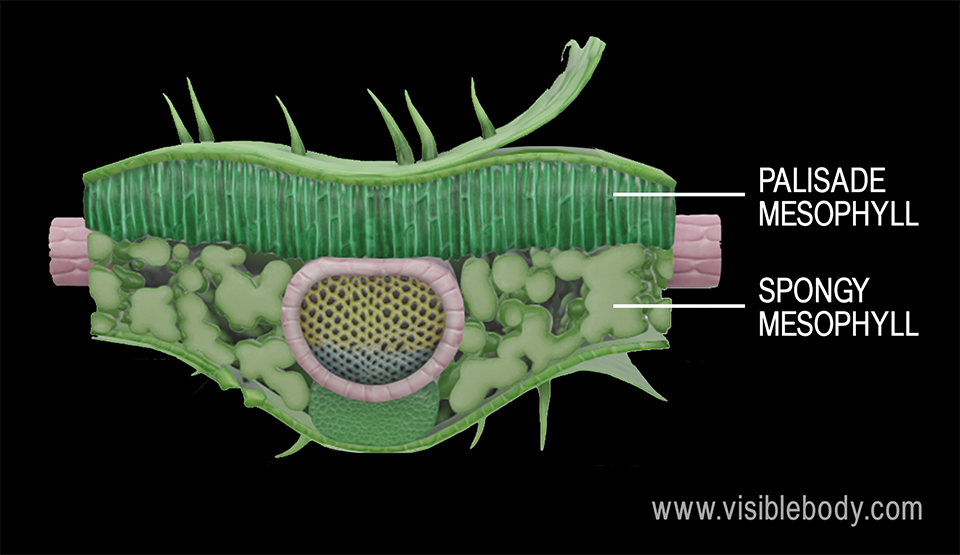 A fun and easy activity from Scientific American that allows you to observe capillary action.

An article on transpiration and the water cycle from the USGS.