What are cells and what do they do?

The nucleus of a eukaryotic cell contains its DNA.

Cells are the microscopic units that make up humans and every other living organism. Some organisms consist of only one cell, while others (like humans) have trillions of cells!

1. The vast majority of cells share several characteristics: they are bound by a plasma membrane and contain cytoplasm, DNA, and ribosomes

There are many, many types of cells, but there are a few key things most of them have in common: 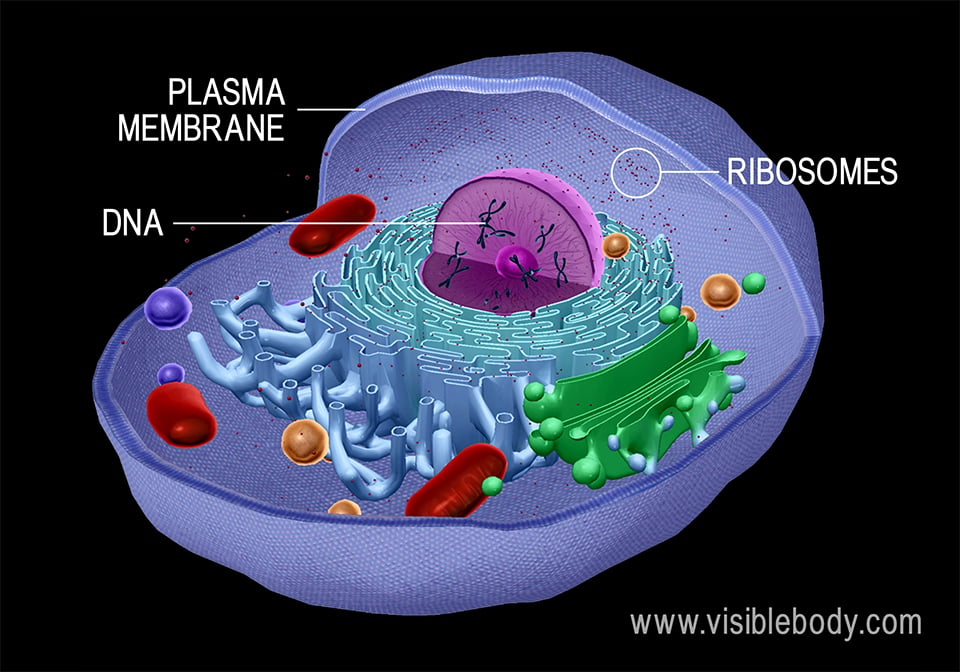 2. Cells perform many functions, from synthesizing proteins to passing on genetic material

Our cells do a lot for us: they synthesize proteins, convert nutrients from our food into energy we can use, and make up the tissues and organs in our bodies. Eukaryotic cells contain smaller structures, called organelles, that help it carry out these functions.

Most cells make more cells by dividing. Most cells in the human body can divide via a processes called mitosis. Mitosis occurs when a cell divides and creates two genetically identical copies of itself. Specialized sex cells can divide by meiosis, which occurs when a sex cell creates four daughter cells that are all genetically distinct. This helps get genetic material shuffled around, so sexually reproducing organisms have offspring that are a little different from themselves. 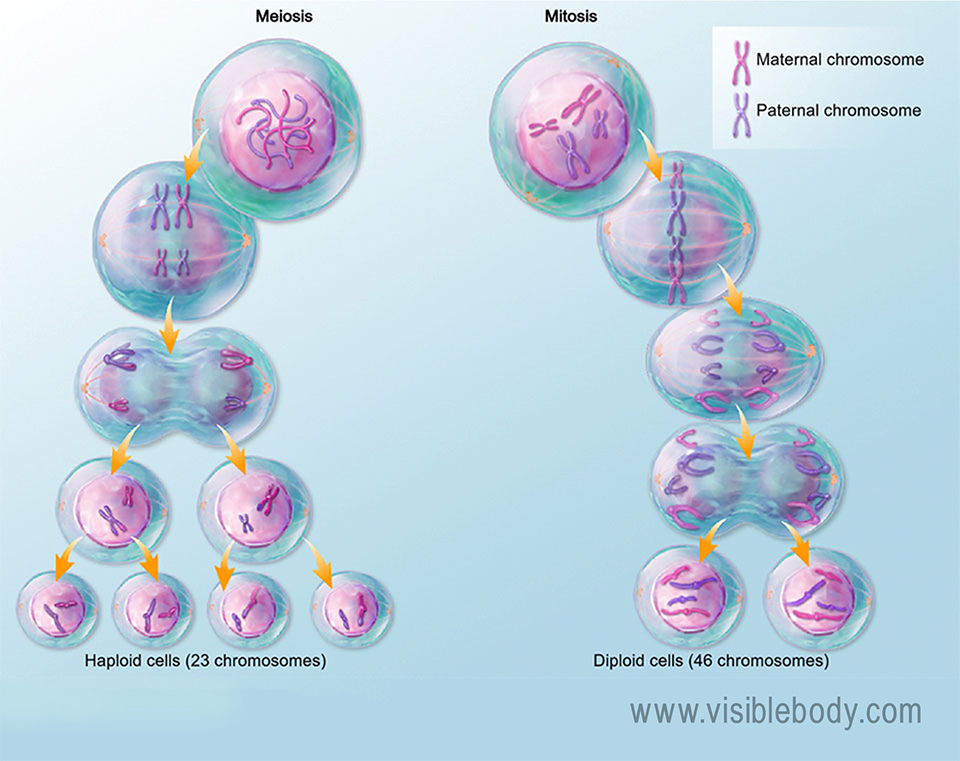 Prokaryotic cells include bacteria and archaea. Prokaryotes—organisms composed of a prokaryotic cell—are always single-celled (unicellular). Prokaryotic cells don’t contain a nucleus. Instead, their DNA can be found in the cytoplasm in a region called the nucleoid or in circular chromosomes called plasmids.

A basic overview of cells from the U.S. National Library of Medicine.

Inside the Cell: an educational booklet from the National Institute of General Medical Science.