1. Monocytes (agranular myeloid white blood cells) have kidney-shaped nuclei, and they do not have visible granules.

Monocytes are classified as agranular because they do not have visible granules when examined through a microscope. Their nuclei are kidney shaped, and since they are not lobed, monocytes are often referred to as mononuclear leukocytes. When a hematoxylin and eosin (H&E) histological stain is used, the nucleus appears dark purple, and the surrounding cytoplasm is light blue. Although the cytoplasm doesn’t contain visible granules, it does have lysosomes—organelles containing enzymes that can break down biological material, from waste within the cell to viruses and bacteria that they engulf.

2. Monocytes have a different shape based on whether they are activated or inactivated.

When monocytes are inactivated—that is, when the body isn’t responding to inflammation or infection—they are spherical or round. When monocytes are activated, they take on an irregular shape with projections called pseudopodia that engulf bacteria and other foreign substances. 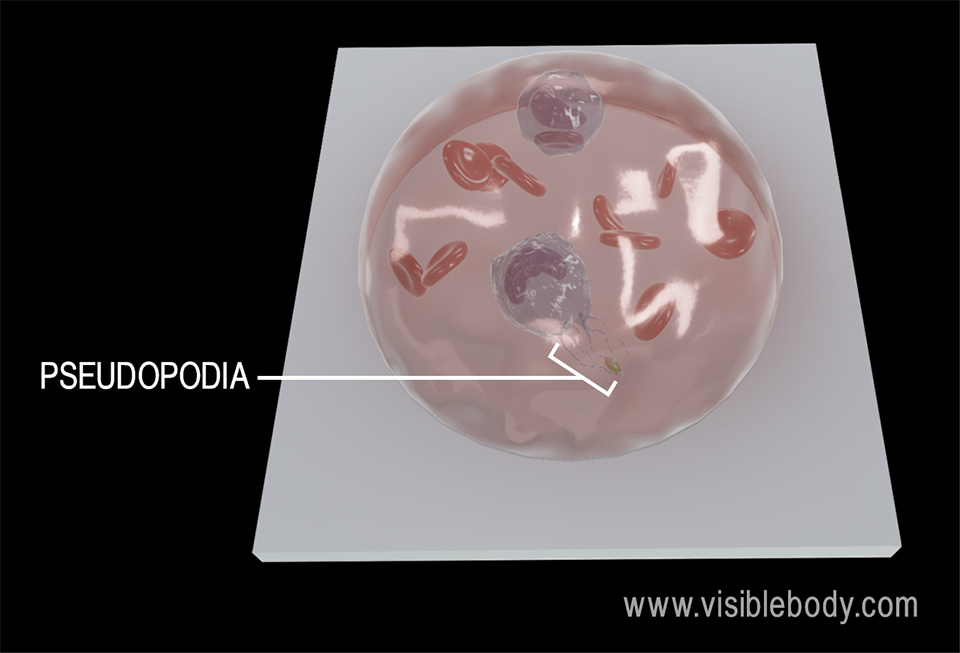 Instead of circulating throughout the body, a large number of monocytes are stored in the spleen. In response to significant infections or inflammation, these monocytes are released into the bloodstream, providing the immune system with reinforcements.

3. Monocytes develop from monoblasts and differentiate into macrophages when they leave the bloodstream and enter the tissues.

When monocytes leave the bloodstream and enter the body’s tissues, they differentiate into macrophages.

Macrophages are large phagocytic cells that engulf pathogens and remove debris from tissues. Although circulating monocytes can differentiate into macrophages once they leave the bloodstream and enter the body’s tissues, many tissues in the body—such as nervous tissue; connective tissue; and tissues in the liver, lungs, lymph nodes, and spleen—also have their own populations of macrophages. 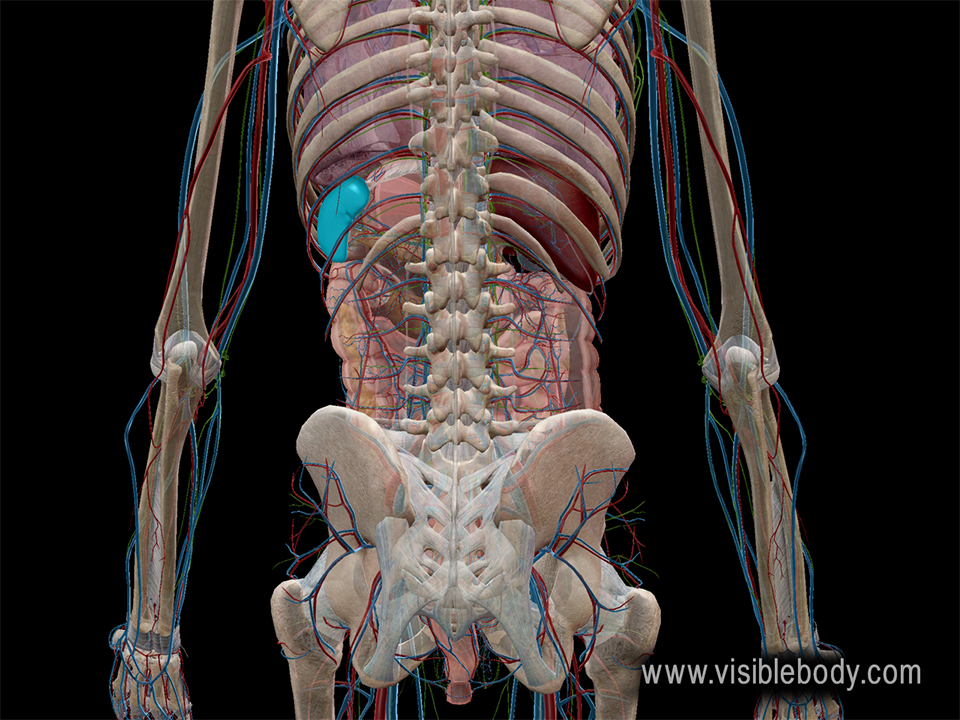 Macrophages don’t just get rid of pathogens—they also serve as antigen-presenting cells. After engulfing and digesting a pathogen, the macrophage displays a protein marker, called an antigen, from that pathogen on its surface. This helps the adaptive immune response by activating T cells.

The antigen on the macrophage’s surface is combined with a class II major histocompatibility (MHC) protein complex, which signals that the macrophage, itself, is not a pathogen. All cells in the body that possess nuclei have class I MHC proteins on their surfaces, marking them as part of the body, but professional antigen-presenting cells like macrophages, dendritic cells, and B cells have class II MHC complexes.

Excerpt on helper T cells and antigen-presenting cells from Molecular Biology of the Cell, 4th ed.

News articles covering a 2009 Harvard/MGH study about the spleen’s reserve of monocytes.