What is a eukaryote? A look at animal and plant cells

1. Plant and animal cells are eukaryotic, meaning that they have nuclei

Eukaryotic cells are found in plants, animals, fungi, and protists. They generally have a nucleus—an organelle surrounded by a membrane called the nuclear envelope—where DNA is stored. There are a few exceptions to this generalization, such as human red blood cells, which don’t have a nucleus when mature. Eukaryotic cells are typically larger than prokaryotic cells, ranging from around 10 to 100 μm in diameter. While many eukaryotes consist of multiple cells, there are also single-celled eukaryotes.

2. Animal cells are supported by a cytoskeleton, use mitochondria to generate energy, and use lysosomes to help remove waste

Animal cells contain a wide variety of organelles to help them carry out their functions.

Like bacteria, animal cells have a plasma membrane, cytoplasm, and DNA. However, you’ll notice that the inside and outside of animal cells looks quite different from that of bacteria. For one, animal cells don’t have a cell wall. Instead, they have a cytoskeleton, a network of filaments composed of proteins. The cytoskeleton provides support and internal transport for the cell.

In addition, most animal cells have a nucleus, a special organelle that stores DNA. The DNA inside the nucleus is usually organized into strings called chromosomes. 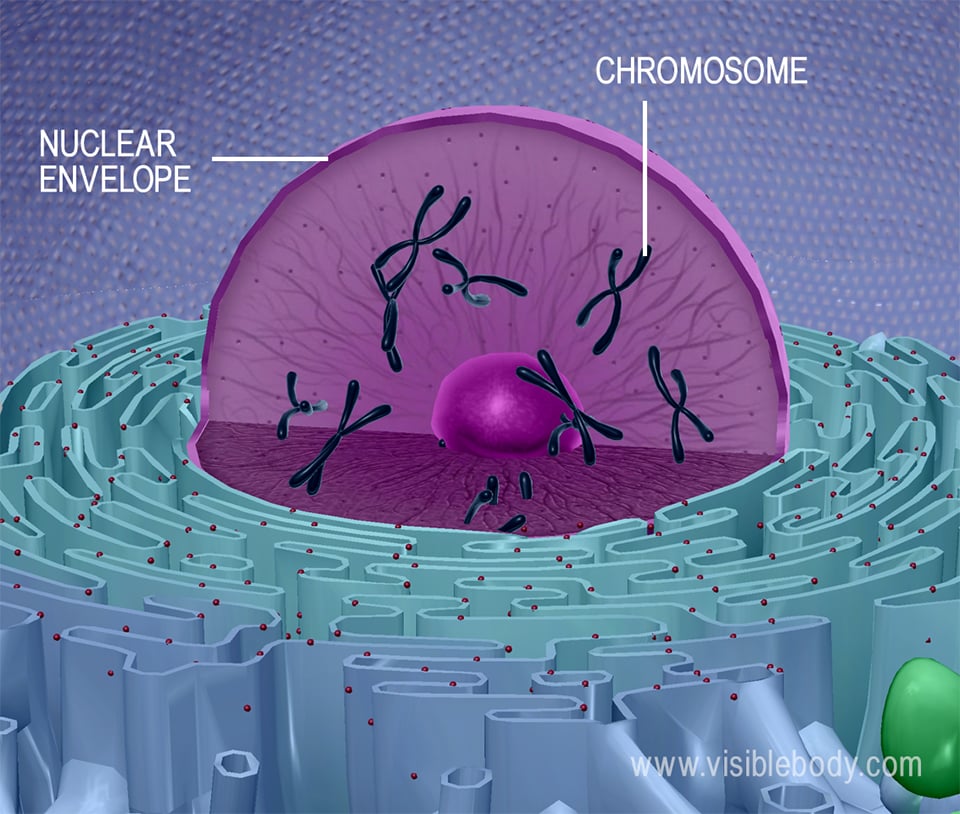 The cytoplasm of animal cells is filled with a variety of organelles that help the cells survive and reproduce. Here are some key cytoplasm-dwelling organelles and their functions:

3. Plant cells are supported by a cell wall, use chloroplasts to carry out photosynthesis, and contain a large central vacuole that stores water

Plant cells have a cell wall and use organelles called chloroplasts to carry out photosynthesis.

Animal and plant cells both have mitochondria. Mitochondria use glucose and oxygen to carry out cellular respiration and create ATP, a molecule that powers processes throughout the cell. In addition to mitochondria, plant cells also have special structures called chloroplasts that are essential to the process of photosynthesis. In this process, plants use light, water, and carbon dioxide to produce glucose, which can later be broken down by cellular respiration.

Did you know that mitochondria and chloroplasts have their own DNA, separate and distinct from the DNA in the nucleus? 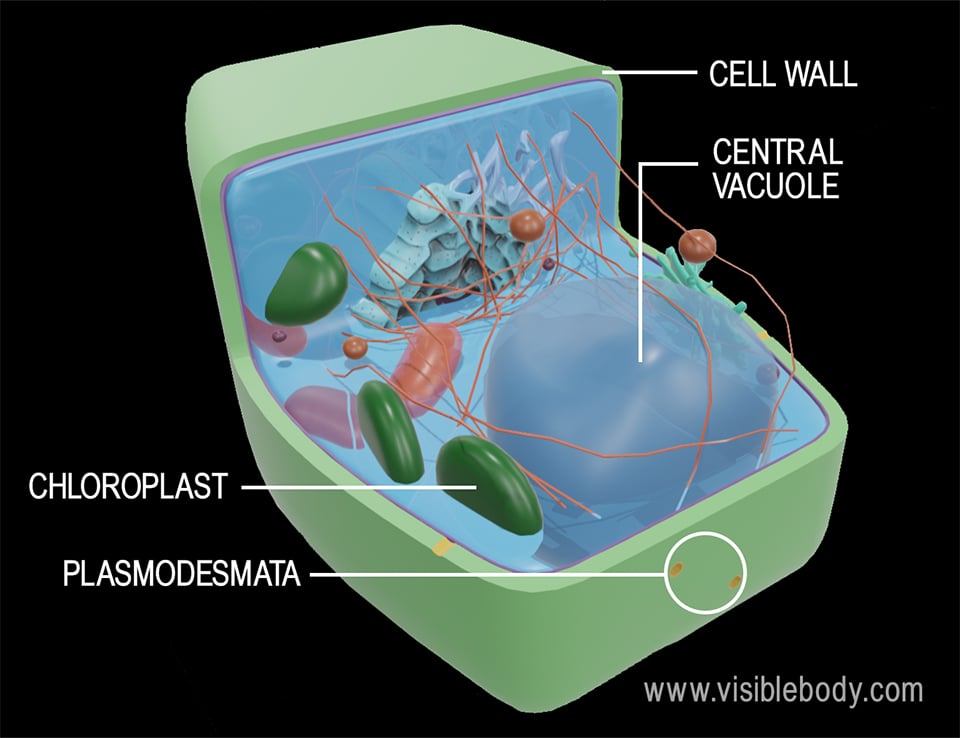 4. A quick comparison of plant and animal cells

An article about plasmodesmata from the Journal of Cell Science.

A definition of a vacuole from the National Human Genome Research Institute.