Lymphocytes are the second most common type of white blood cell (leukocyte), making up between 15 and 40% of circulating white blood cells in peripheral blood. They briefly circulate in the blood, but most of the time, they can be found moving through lymphatic tissue.

Lymphocytes are also known as mononuclear leukocytes because they have large, spherical nuclei that are not lobed. When a hematoxylin and eosin (H&E) histological stain is used, the nucleus appears dark purple, surrounded by a thin layer of pale blue cytoplasm. 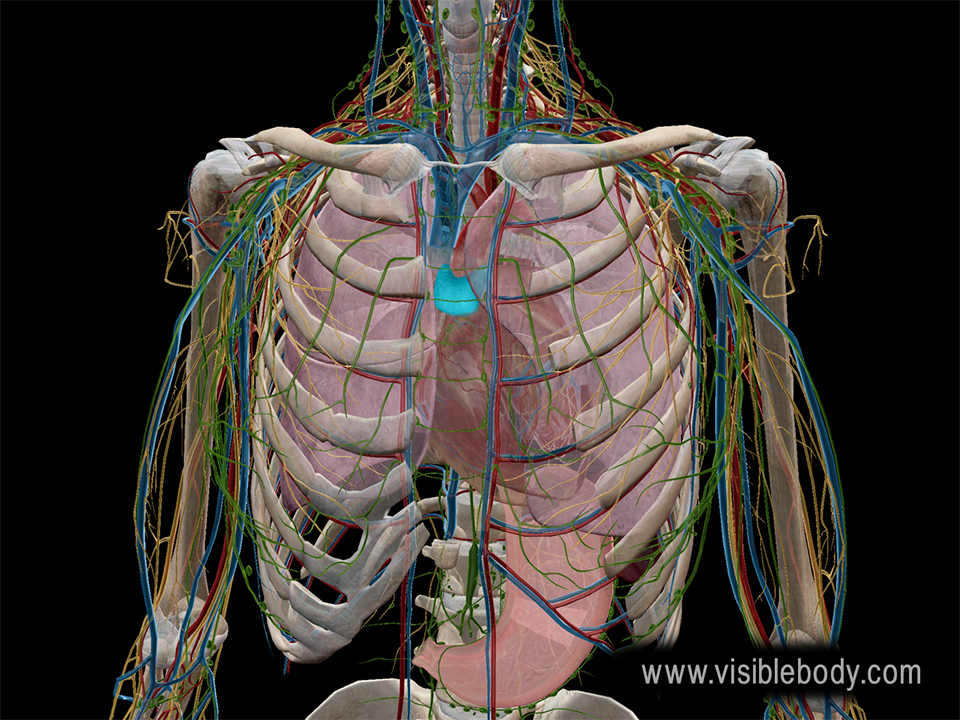 The thymus is larger and more active in children than in adults, because the bulk of T cell maturation occurs during childhood. By the time a person reaches puberty, the thymus becomes less active and begins to decrease in size.

3. Lymphocytes are the main players in adaptive immunity, and NK cells also play a major role in innate immunity.

In addition, NK cells play a major role in the innate immune response. What sets them apart from B cells and T cells is their ability to generate faster immune responses because they can detect and destroy infected cells without the help of antibodies or major histocompatibility complexes.

4. B cells are responsible for antibody-mediated immunity.

B cells are responsible for antibody-mediated immunity. They are activated when they encounter antigens—any foreign substances outside of cells or proteins, peptides, or polysaccharides on the surface of a pathogen. Activated B cells produce and secrete proteins called antibodies, which target specific antigens to flag, neutralize, or destroy them. Before a B cell activates, its antibodies are membrane-bound (attached to the outside of the B cell).

When B cells encounter specific antigens (ones their membrane-bound antibodies can bind to), they divide rapidly and then differentiate into plasma (effector) cells and memory B cells. Plasma cells produce and release antibodies corresponding to the encountered antigen, increasing the likelihood that other instances of that antigen will also be tagged for removal. Memory B cells remain after an infection, carrying antibodies corresponding to the encountered antigen on their cell membranes. If these cells come across the same antigen in the future, they can initiate a secondary immune response.

Fun fact: You can get antibodies from outside your own body! Fetuses get them from the placenta, and newborns that breastfeed get them from their mother’s milk. Children and adults can get antibodies from plasma donation. These antibodies won’t provide permanent protection from their corresponding antigens, but they can help people resist contracting certain diseases, and they can help support babies’ immune systems until they’re old enough to be vaccinated.

Helper T cells coordinate the immune response by controlling B cells, releasing signalling proteins to activate cytotoxic T cells, and promoting the activity of phagocytes. They have receptors that bind to a specific antigen on the outside of an antigen-presenting cell, such as a macrophage or a dendritic cell. Once a helper T cell’s receptor has bound to the antigen, the helper T cell makes copies of itself. These copies release signalling proteins called cytokines that “sound the alarm,” summoning other immune cells to the scene.

Cytotoxic T cells move throughout the body and get rid of body cells that have been infected by viruses or cancer, either by breaking down their cell membrane (lysis) or initiating apoptosis (programmed cell death). How do cytotoxic T cells know which body cells to destroy? Infected cells present antigens on their surface, along with proteins marking them as part of the body (MHC class 1 proteins). These cells also use cytokines to attract other cells to help with the immune response.

Regulatory T cells release inhibitory cytokines to regulate the intensity of the immune response from other cells. They also help prevent autoimmune disease by helping to distinguish between the body’s cells and invading cells.

Memory T cells, like memory B cells, remain after the infection is over to initiate a secondary immune response if the same type of foreign cell is encountered again.

6. Natural killer cells specialize in destroying tumors and body cells that have become infected with viruses.

Natural killer (NK) cells play a major role in innate and adaptive immune responses. Their function is similar to that of cytotoxic T cells: they kill virus-infected cells and tumor cells. However, NK cells are able to generate faster immune responses than B and T cells because they can detect and destroy infected cells without antibodies or major histocompatibility complexes (MHC proteins). NK cells also respond strongly to interferon, which is released by virus-infected cells.

Usually, NK cells won’t attack body cells that have enough MHC 1 proteins on their surface. However, infected cells and tumor cells that don’t produce (enough of) these proteins are vulnerable to attack by NK cells. B and T cells produce memory cells to help the body “remember” previous infections, whereas NK cells recognize antigens they’ve encountered before, and they generate a strong secondary response against these familiar antigens.

An article on natural killer cells from the British Society for Immunology.

A summary of the differences between primary and secondary immune responses from the University of Alberta.