Red blood cells and platelets are among the formed elements that make up blood.

Blood is fluid connective tissue that circulates throughout the body. Why is it considered to be fluid connective tissue instead of just a fluid? It is composed of living cells suspended in plasma, the liquid that makes up around 55% of the blood. Plasma transports blood cells, proteins, electrolytes, hormones, and nutrients throughout the body. It also brings waste products from the body tissues to the urinary system, where the kidneys filter them out of the blood. 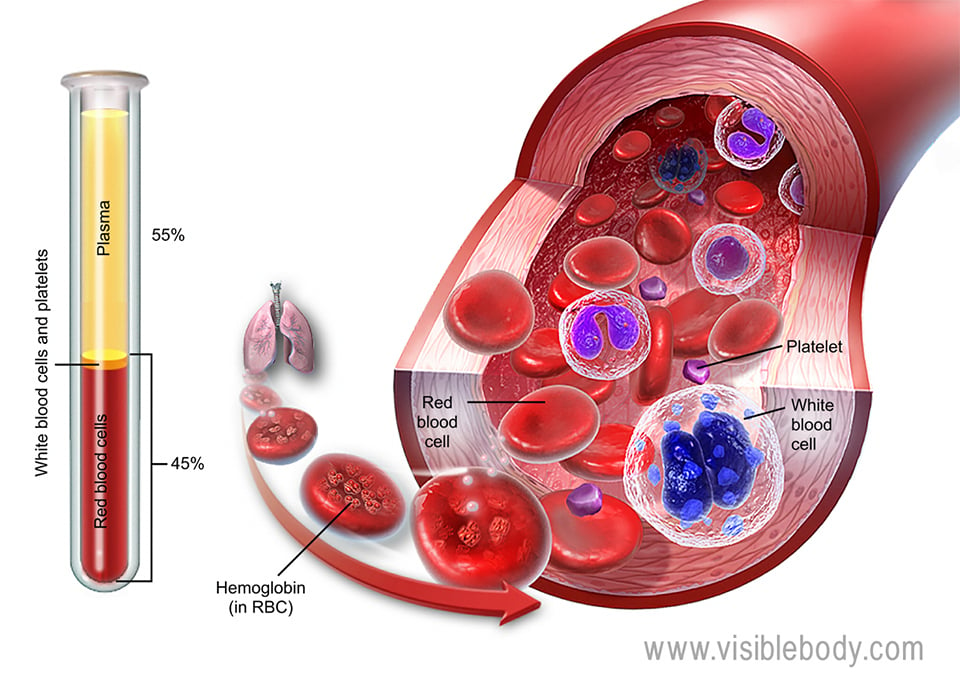 There are three broad categories of blood cells that have important functions. Red blood cells, or erythrocytes, carry oxygen from the lungs out to the rest of the body. White blood cells, or leukocytes, help protect the body from pathogens. There are five different types of leukocytes that combat infection in different ways. Platelets, or thrombocytes, clump together and form clots to repair torn blood vessels.

Blood has five principal functions that make it essential for a person’s survival:

In contrast, monocytes are agranular myeloid white blood cells. They do not have cytoplasmic granules, and their nuclei are not lobed.

An article from the Leukaemia Foundation describing blood formation.

Definition of hematopoietic stem cell from the National Cancer Institute.

“What is plasma?” from the University of Rochester Medical Center Health Encyclopedia.