The fact that it’s good for parents to spend quality time with their children is just common sense—but did you know that a new study showed that mothers’ behavior has an effect on the development of their babies’ oxytocin systems? A team of scientists from the University of Virginia and the Max Planck Institute for Human Cognitive and Brain Sciences found that “greater maternal involvement seems to have the potential to upregulate the oxytocin system in human offspring.” Before we go into exactly what that means, though, let’s talk about oxytocin for a second.

You may have heard of oxytocin before: people sometimes call it the “love hormone” or the “cuddle hormone.” It’s a versatile hormone, released in response to the activation of sensory nerves. During childbirth, it causes smooth muscle in the uterus to contract, and during breastfeeding, it stimulates milk ejection from the mammary glands. It’s released during sexual intercourse, skin-to-skin contact between mothers and infants, and positive human-human or human-animal social interactions (interactions between humans and dogs, for instance). 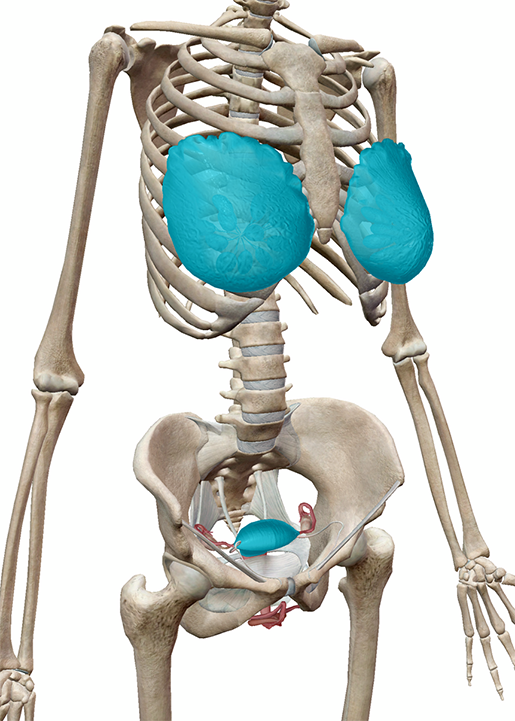 Want to know something else cool about oxytocin? It functions as both a hormone and a neurotransmitter.

Oxytocin is produced by the hypothalamus, and the posterior pituitary gland sends it off into systemic circulation to perform its childbirth and labor functions. Once oxytocin is out of the brain, it can’t get back in (due to the blood-brain barrier). 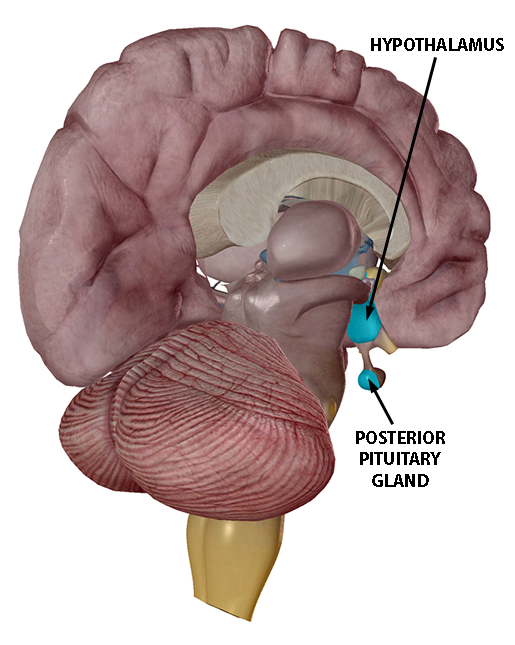 However, oxytocin acts within the brain as well, affecting the CNS. Oxytocinergic neurons (neurons that produce oxytocin as a neurotransmitter) project from the paraventricular nucleus (PVN) to important regulatory brain areas, which include “other nuclei within the hypothalamus, the amygdala, the hippocampus, the PAG, the frontal cortex, the raphe nuclei, the striatum, the [nucleus accumbens], the vagal nuclei (both the nucleus of the solitary tract (NTS) and the dorsal vagal nucleus (DMX), and the [locus coeruleus].”

The UVA/Max Planck study investigated whether babies had lower methylation of the oxytocin receptor gene (the gene that codes for a protein that serves as a receptor for oxytocin) when their mothers were more engaged during play. DNA methylation is an epigenetic process, meaning that it changes the expression of genes but doesn’t alter their sequence of nucleotides. DNA methylation usually represses gene expression.

Here’s how the study worked. Mothers and their five-month-old babies were recorded during a play session and rated on both maternal and infant factors. Maternal factors included how talkative the mother was, how close she was to the baby, how attentive the mother was to the baby’s needs, how positive the mother’s mood was, and the duration of passive and active touch. Infant factors included how attentive the baby was, how positive their mood was, and the duration of the baby’s smiles with and without vocalizations.

The mothers also filled out a breastfeeding questionnaire, a maternal demographics survey, a short form of the social support questionnaire (SSQ6), the Parenting Sense of Competence Scale, and the Edinburgh Postnatal Depression Scale. Keep in mind: this was an observation, not an experimental manipulation.

Ultimately, the study found that there was less methylation of the oxytocin receptor gene at 18 months in mother-baby pairs where the mother was more engaged during play at 5 months. The mothers’ levels of OXTR methylation did not change significantly between the 5- and 18-month samples. On the basis of these results, the authors suggest that “infancy may provide a sensitive period in development during which the oxytocin system is dynamic, plastic, and sensitive to the social environment.”

Cool, right? This study provides an interesting look at how early social experiences can shape humans in a biological way. It would be fascinating to see if the effects the authors found remain significant over time.

Want to learn more about hormones and neurotransmitters? Check out these resources from the Visible Body Learn Site and Blog: