VB News Desk: Why Vaping Could Be More Dangerous Than You Think

Today, it’s considered pretty common knowledge that smoking is hazardous to your health, leading to conditions like emphysema and lung cancer, among many others. Recently, though, there’s been quite a bit of buzz in the news about the dangers of vaping (using e-cigarettes).

E-cigarette advertising and its connection to JUUL use among teens was in the spotlight just a few weeks ago. Currently, the CDC and FDA are investigating a series of vaping-related health problems such as severe upper respiratory symptoms and seizures. Since this article was originally published in August, there have been eight confirmed vaping related deaths.*

That all brings us to today’s topic: what does the research tell us about the effects vaping has on the body? Even though e-cigarette companies often claim that vaping is “a better alternative to combustible cigarettes,” recent studies are starting to find potential dangers unique to e-cigarettes.

For example, flavoring agents in e-cigarette liquid have been the focus of many newly published studies. A 2018 study in Nicotine and Tobacco Research showed that “when chemical flavorings for vanilla, cherry, citrus and cinnamon mingle with solvents such as polypropylene glycol and glycerol, they create compounds called acetals,” which could irritate airways when inhaled. A follow-up published in July in the American Journal of Preventive Medicine examined eight flavors of JUUL e-liquid more closely and found high levels of vanillin acetals in the crème brûlée flavor. 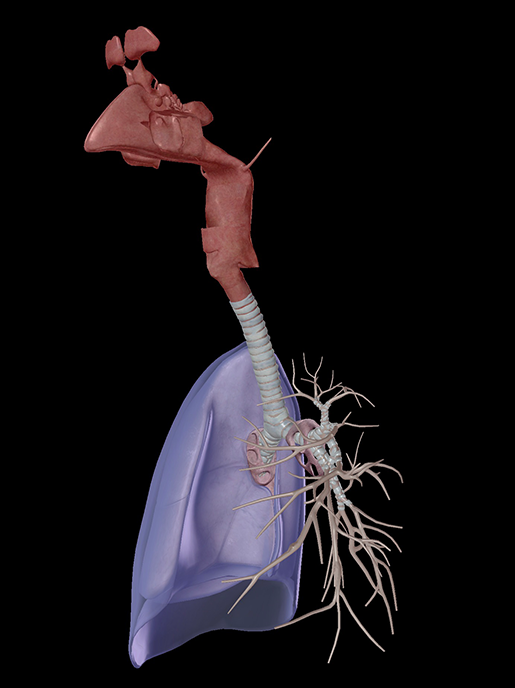 Structures of the respiratory system. Image from Human Anatomy Atlas.

Ultimately, this line of research suggests that the acetals arising from the combination of chemicals in e-cigarette liquid have the potential to cause irritation and inflammation in the respiratory system. Further study is required to make concrete conclusions, but the presence of these compounds in e-cigarette liquids is definitely a red flag.

In a congressional hearing in July, Dr. Robert Jackler, founder of Stanford Research Into the Impact of Tobacco Advertising, summed this up well by saying: "Nobody knows what it does to the human lung to breathe in and out aerosolized propylene glycol and glycerin over and over. It's an experiment, frankly.”

Lastly, a study published on August 20 in Radiology indicates that regular vaping could contribute to the development of cardiovascular disease. The authors found that after taking sixteen three-second puffs from an e-cigarette (with nicotine-free liquid), healthy individuals who hadn’t vaped or smoked before experienced “reduced blood flow and impairment of endothelial function” in the femoral artery. 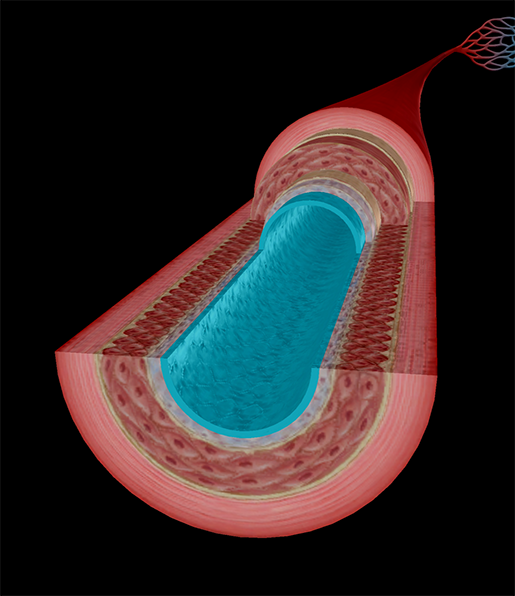 The endothelial layer of an artery. Image from Human Anatomy Atlas. 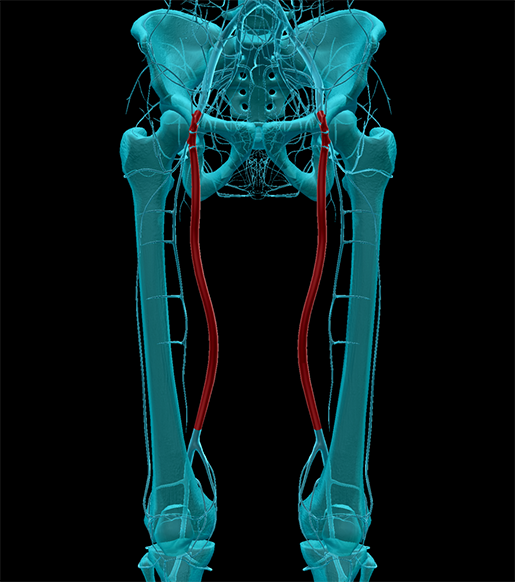 Though the participants’ blood flow returned to normal fairly quickly (since this was the first and only time they’d used an e-cigarette), regular vaping could very well pose a threat to cardiovascular health over time. One of the study’s authors, Dr. Felix W. Wehrli, explained to CNN that the effects of vaping observed in the study reflected "‘the same processes ... known to be initiating steps in the development of cardiovascular disease,’ including atherosclerosis.”

What does all this mean? Even if vaping isn’t considered to be as harmful as smoking cigarettes, that doesn’t mean it’s free of risks. Remember: researchers have been studying the negative effects of cigarettes for decades. E-cigarettes are relatively new, so there is still a lot of research yet to be done about how they affect the body. If recently published studies are any indication, though, e-cigarettes may not be as benign as their manufacturers claim.

*It should be noted that some victims of vaping-related lung illness used black-market cartridges containing THC.

Want to learn more about the anatomy and pathologies of the respiratory and circulatory systems? Check out these VB resources: