A Beginner’s Guide to Augmented Reality in the Classroom

Augmented reality (AR) offers dynamic ways for students to engage with both course content and the world around them.

More and more educators are using AR in their classrooms, but some find it daunting to incorporate new technology. In this blog post, we will give you an overview of what AR is, why you should use it, and how it can help you facilitate active learning.

AR, VR, MR—these are some terms you might have heard thrown around when people talk about virtual environments. We’ll begin by defining these terms and discussing what they mean for the classroom.

AR is real life plus a digital overlay. AR technology typically uses a device’s camera and applies a virtual layer over the user’s real environment. Users manipulate the digital overlay through movement or interacting with the screen.

First developed in the United States Air Force in the early 1990s, AR was once confined to bulky headsets, but its popularity has grown alongside the rise of mobile devices. In 2016, the popular AR mobile game Pokémon Go was released, and at its peak, it boasted 45 million daily users. It has been estimated that by 2024, there will be 1.7 billion AR users worldwide. 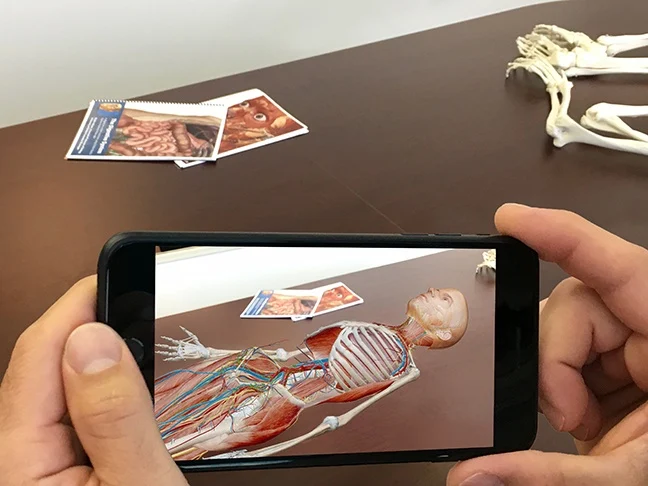 AR is a unique learning tool because it can provide more information and visualization to the real world. Since many AR applications are accessible through smartphones and tablets and do not require extra equipment like headsets, AR has been adopted by educators around the world.

VR, or virtual reality, refers to a 100% virtual environment. VR users don a headset that completely obscures vision of the “real world,” replacing it with the on-screen world. VR typically uses hand-held controllers in addition to a headset. When the user moves, the graphics displayed on the headset's screen move accordingly. While AR adds virtual elements to the real world, VR creates a completely virtual experience for its users.

MR, or mixed reality, is a combination of both AR and VR. MR incorporates digital objects into the real-world, creating an experience where the digital and physical interact. One example of this is zSpace, an educational technology firm that combines AR and VR elements. zSpace uses a monitor, a stylus, and special 3D glasses, and users can use the stylus to manipulate virtual components as they appear to pop out of the screen. 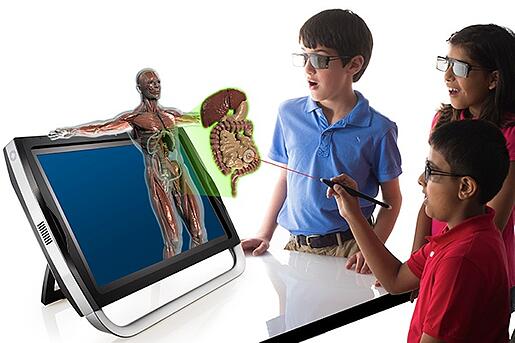 We will focus on AR, since it tends to be more accessible than VR or MR. Because students do not necessarily need specialized equipment to view AR applications, AR opens doors for collaboration in the classroom. Additionally, use of a tablet or other handheld device is less likely to provoke a headache than a headset.

Why should I teach with AR?

The answer is simple: AR engages students in new and dynamic ways.

Through the hybrid virtual/reality experience, students can explore and visualize concepts in ways that are simply not possible without AR. Unlike a textbook, AR has the capability to show movement and change over time. Visualization through AR can reinforce information, and VR incorporates multiple senses as students engage with both digital objects and the real world.

Several studies have suggested that AR increases student engagement and makes them more interested in studying. In the anatomy classroom, visualization and interactivity with virtual body parts help students retain information. For example, delicate organs can be isolated and manipulated using AR, while they would quickly lose their shape if the same was attempted with a real cadaver. 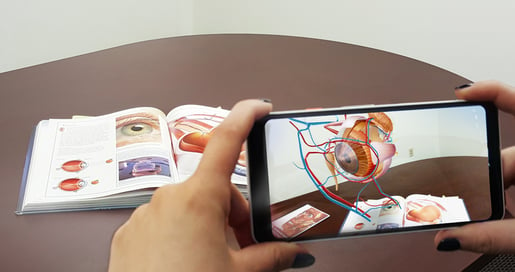 University students tend to feel comfortable and confident using their smartphones and other devices to access AR. New technology has previously been considered a barrier to learning, but that is changing as more students are technologically literate and AR apps become more user-friendly.

A study conducted with undergraduate health sciences students at the University of Cape Town surveyed students before and after using AR technology in their anatomy course. The study found that use of AR increased student motivation and satisfaction in the course. Other research has also indicated that students are more interested in the subject matter after using AR in the classroom.

For more information, check out our blog post dedicated to how AR improves student learning for future healthcare professionals in particular.

How do I incorporate AR into my classroom?

In this section, we’ll discuss prep for teaching with AR and the potential AR brings to the classroom.

Teaching preparation might look different depending on which AR application you are using. Many teachers have used applications like the popular but now-defunct Aurasma to create their own AR experiences. Using these apps, they set visual triggers and determine what appears in the digital overlay—for example, if an iPad camera sees a particular image in a textbook, a GIF appears on the AR overlay. Other applications, like Visible Body’s Human Anatomy Atlas, do not require any setup of AR triggers and are fully functional “out of the box.”

Because AR asks students to tackle learning challenges themselves, educators can spend more time guiding students through activities and less time lecturing. AR challenges the “sage on the stage” style of teaching and asks students to actively engage in the learning process. AR learning can be easily adopted to a flipped classroom model, and it also incorporates elements of experiential learning.

Before beginning an AR activity, an instructor should prepare students by giving them an overview of the material they will learn, modelling to students how they should use the AR technology.

Regardless of which AR application they’re using, students should be given a set of tasks or goals to accomplish during their time in the app. Exploration is great, but students should remain focused on the intended lesson. 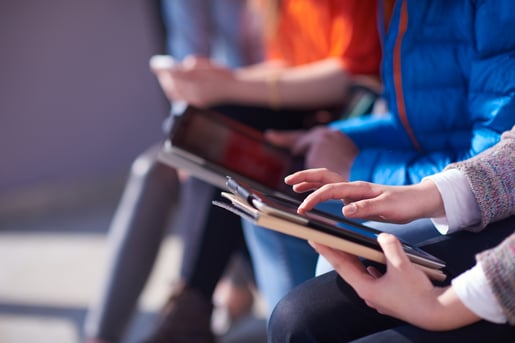 A scavenger hunt through AR is a simple way to gamify your classroom. Through gamification, a lesson can encourage collaboration and challenge students to view material in new ways in addition to adding an element of play.

You can use AR to help students develop specific technical skills. For example, many medical schools use AR and VR technology when teaching methods of surgery. Some studies suggest that AR can help students learn skills more effectively, as AR overlay allows for supplementary information to be displayed alongside the real world.

AR can also be incorporated into field trips. Some museums—like the Smithsonian, the Kennedy Space Center, and the Franklin Institute—incorporate AR and QR codes into their displays. When you return to the classroom, you can use AR as you summarize what the class has learned. Dr. Susan Yoon of UPenn’s Graduate School of Education says that AR can reinforce learning because it can show the same information in different settings.

Last but not least, AR can be used as a way to easily conduct labs. AR applications can supplement hands-on labs, or they can offer lab opportunities that do not require setup or cleanup but still get students moving and exploring. For example, the video below shows how AR technology can create a gross anatomy lab anywhere:

Augmented reality asks students to become active participants in their own learning, and it can make them more interested and engaged in the subject matter. Educators can use AR in their classrooms to engage their students, reinforce information, and get them excited about learning.

AR is a fast-growing technology with great potential for classroom use, and with the development of mobile technology like smartphones and tablets, it’s more accessible than ever.

Read more about AR in the classroom: