Here at Visible Body, we enjoy keeping up with the latest scientific research. When we heard there was a study saying that young people were growing horn-like protrusions on their skulls from looking at their phones, we got pretty into it. We all started feeling the backs of our heads and laughing about how, yes, we should probably use our cell phones less. Hashtag millennial problems.

Later, articles came out “debunking” the study that claimed people were growing horns. On June 25, The Washington Post updated its immensely popular article on the subject to include comments by scientists skeptical of the study’s results and discuss the potential conflict of interest issues on the part of one of the study’s authors. So...what happened?

The original “horns” study, an analysis of 1200 X-rays of chiropractic patients aged 18-86, was published in Scientific Reports last February. The findings have only recently gained significant media attention, which the Washington Post attributes to a recent (and very cool) BBC article discussing the effects of modern life on the human body.

But how did we get from a pretty mundane collection of X-rays to “cell phones are making kids grow horns!”?  The 2018 study, as well as a previous study in 2016, indicated that there was a higher than average incidence of an enlarged external occipital protuberance (EEOP) in patients aged 18-30. EEOP is when bone spurs form on the external occipital protuberance of the skull—and though these protrusions can be considered horn-like in shape, they’re definitely not horns (and the authors of the study never argue that they are). 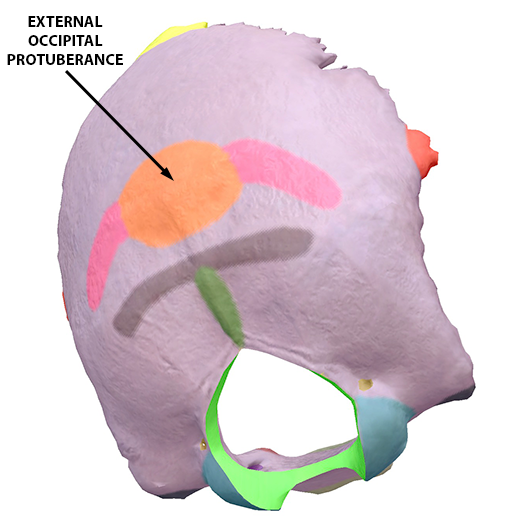 Because EEOP can indicate strain on the neck muscles, the authors of the study sought out a likely explanation for extensive neck strain in the young and settled on everyone’s favorite thing to blame for problems in young people: cell phones and other handheld/mobile devices.

Even if mobile device usage was straining people’s neck muscles and causing the development of bone spurs on the EOP, this study on its own wouldn’t provide the type of evidence to confirm such a hypothesis. What the 2018 study shows is that there were a large number of subjects in the 18-30 age group with EEOP and that EEOP was more common in males than in females. Any statements about the influence of cell phones were speculations by the authors. In order to confirm that cell phones and tablets are really responsible for increased EEOP among young people, researchers would need, at the very least, to collect data on each subject’s mobile device usage.

The moral of the story is that this is exactly the kind of case where we should keep in mind that “correlation does not equal causation.”

If you’re curious about the methodological and conflict of interest issues with this study, I’d recommend checking out this Ars Technica article, this SciShow video, or this fantastic Medium blog post written by paleoanthropologist John Hawks.

Want to learn more about the anatomy of the skull? Check out these blog posts: