Have you ever thought about how weird it is that, long after they’re done drinking their mothers’ milk, humans drink the milk of other animals? It’s not a thing other mammals tend to do, but humans have found lots of ways to consume milk. Whether we’re adding chocolate syrup or making yogurt, cheese, or ice cream, dairy products are popular in many parts of the world.

Want to know something even crazier than the fact that we consume milk in the first place? We’ve been doing it for thousands of years.

A recent study published in Archaeological and Anthropological Science identified evidence of milk consumption in humans who lived in Britain approximately 4,400–6,000 years ago* (during the Neolithic period). Scientists scraped the calcified plaque (calculus) off the teeth of ancient skeletons and found a milk protein called beta-lactoglobulin (BLG).

Here are the main things this study shows us about human milk consumption:

1. Groups of Neolithic humans were consuming animal milk even though they were lactose intolerant.

Like other animal milk, human breastmilk contains a sugar called lactose. Breastfeeding babies’ bodies produce an enzyme called lactase in their small intestine that allows them to break down lactose, but as a baby is weaned, their bodies stop producing so much lactase. 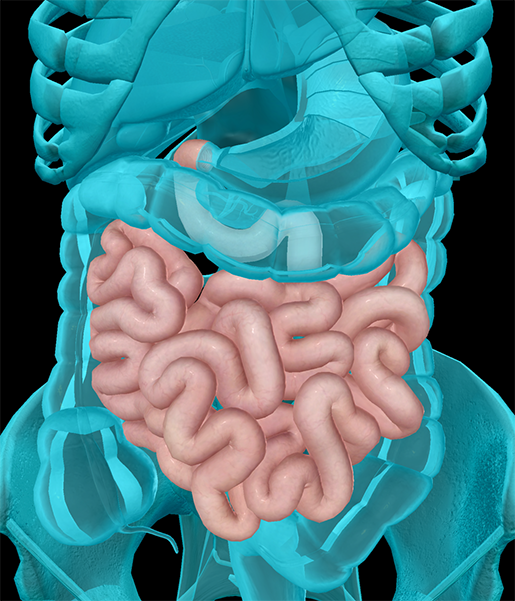 If a lactose intolerant person consumes a dairy product that contains lactose, they can experience nausea, bloating, gas, abdominal cramps, and diarrhea. Because their small intestines don’t produce enough lactase to break down the lactose, the lactose ends up interacting with the bacteria in the large intestine, causing these uncomfortable symptoms. 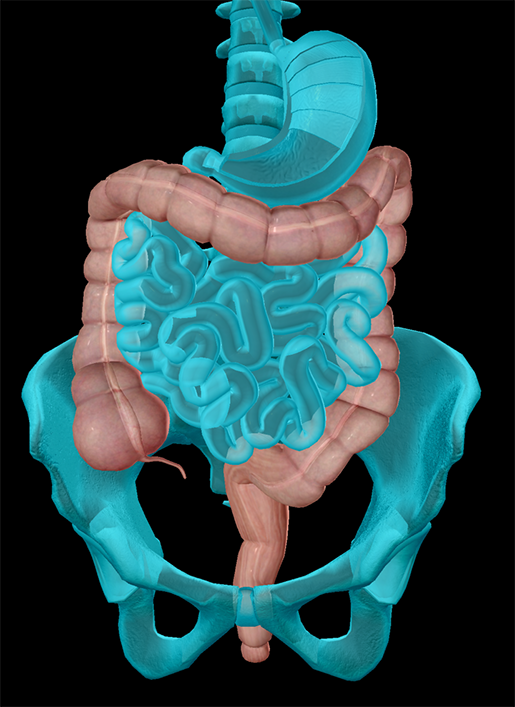 The large intestine (and appendix). Image from Human Anatomy Atlas.

It’s important to note that lactose intolerance is not the same as a milk allergy! In the case of a milk allergy, the immune system reacts to certain proteins in milk, (mis)identifying them as threats.

Those who can digest lactose as adults demonstrate the continued ability to produce more lactase after weaning— a phenomenon known as lactase persistence. This means that they have mutations in the LCT gene, the section of DNA that contains the instructions for lactase production.

Anyhow, being able to consume milk without severe consequences is pretty recent with respect to our species’ history. Back in the Bronze Age (3000 BCE to 1200 BCE), 90-95% of humans in Europe were lactose intolerant. So how is it that humans were consuming milk 6,000 years ago without feeling sick all the time?

2. It's likely that they consumed processed milk products.

Thousands of years before Lactaid, ancient people were making milk from cows, sheep, and goats easier to digest by turning it into cheese and yogurt. Why do scientists think this is likely? Many samples of Neolithic pottery that contained milk residue also showed evidence of being heated, which would have been necessary for processing raw milk into cheese or yogurt.

How exactly does processing milk decrease its lactose content? Cheese and yogurt production both involve the introduction of bacteria into the milk. These helpful microorganisms often consume a good amount of the lactose, making the end product easier for humans to digest. Even butter has less lactose in it than milk does, because making butter involves removing the liquid part of milk (which contains most of the lactose) and keeping the fat (which doesn’t).

Who knew we could learn so much about ancient people by scraping calcified plaque off their teeth?

If you want to learn more about the small intestines, check out these related VB blog posts:

*Previous research on prehistoric pottery indicates that humans started consuming dairy up to 9000 years ago.