When was the last time you talked about the human placenta, platelets, and the majestic platypus in one sentence (or even one conversation)? Unless you’ve already read this new study published in Biology Letters, the connection between those subjects probably isn’t too clear—but you’re in luck because today we’re going to check out what platypuses and platelets have to do with the human placenta!

First, the placenta. During pregnancy, the placenta is a structure attached to the wall of the uterus that allows for the exchange of nutrients, gases, and wastes between the fetal and maternal bloodstreams. 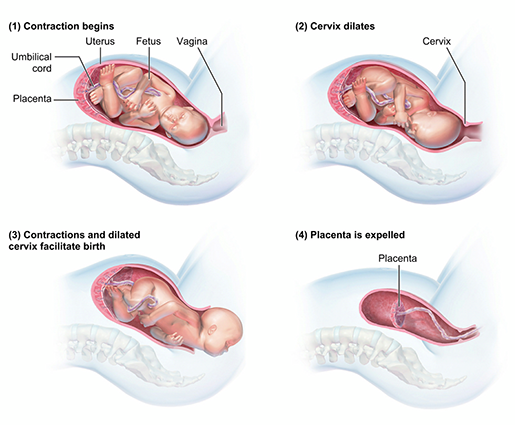 Now let’s talk about platelets. According to this study, the development of platelets made hemochorial placentation possible. Why? Platelets are cell fragments in the blood that help seal up wounds, keeping us from bleeding indefinitely (hooray!).

Platelets are hypothesized to have made hemochorial placentation possible because when the placenta detaches from the uterus after the baby is born, platelets help keep the mother from hemorrhaging.

Finally, we’ll bring in the platypus—well, more accurately, a common ancestor we share with the platypus. It was in this platypus-like creature that platelets first arose.  Around 300 million years ago, the group this animal belonged to diverged into monotremes (like the echidna and platypus), marsupials, and eutherian mammals (the kind of mammals humans are). So, basically, we can thank this mysterious, weird-looking common ancestor for the fact that we have platelets to help our blood clot and, consequently, to make childbirth less deadly.

Fun fact: Non-mammalian vertebrates like birds and reptiles have nucleated thrombocytes instead of platelets to help their blood clot. Platelets are sometimes referred to as thrombocytes, but platelets in mammals don’t have nuclei.

Ultimately, there are two main take-home points from this study:

If you’d like to learn more about anatomy topics related to this article, check out these pages from the Visible Body Learn Site: