Often romanticized in books and movies, the ambiguity of night owls has enticed viewers for decades. However, those who lurk during later hours may be putting their health and well-being on the line.

Recent studies of the relationship between health and sleep reveal that night owls are much more likely to develop type 2 diabetes and heart disease and have a 10% higher chance of premature death compared to early risers. One of these studies revealed that night owls had shorter attention spans, less energy, and slower reactions. Their daytime experience is described as being similar to jet lag. As someone who typically stays up past reasonable hours, I guess you could say I’m in trouble.

Morning people and evening people are often referred to as morning larks and night owls. These two chronotypes define how we function on a day to day basis. You may be asking, do we eventually take on the characteristics of one chronotype? Are we born with it? Your chronotype primarily hinges on your bedtime habits. In order to understand those, you've got to understand the pineal gland. 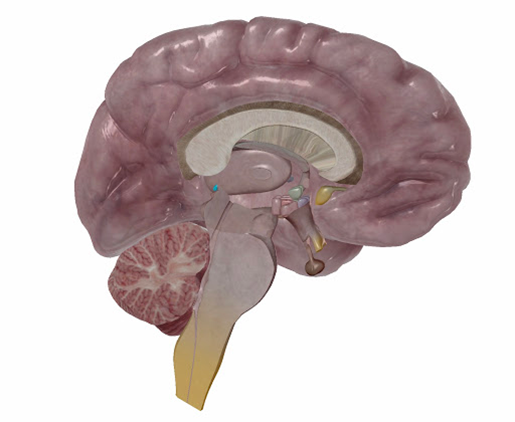 The pineal gland may be smaller than a pea, but it is oh so mighty. This special gland is your body’s clock. It is the regulator of your sleep cycle and the releaser of melatonin. It activates with the absence of light in order to release enough melatonin needed to induce sleepiness, and melatonin secretion decreases when photoreceptors in the retina receive light and send a signal to the gland.

Your sleep schedule can be thrown off when you get into habits like exposing yourself to the blinding light of a phone or computer screen before going to sleep. Like sunlight, the light from screens results in decreased melatonin production. This is basically your brain saying “Wakey wakey!!” when it should really be counting sheep.

Throwing our circadian rhythms off-kilter has proven to do no good. A study of 110,00 students, the results of which were presented at the Sleep 2019 conference this month, revealed a 19%-29% increase in mental health issues linked to poor sleeping habits. Symptoms including exhaustion, loneliness, depression, anxiety, desire to self-harm, and suicidal thoughts were higher in students who reported that they didn’t get enough sleep.

What’s tricky about students is that many of them end up staying up late for various reasons (work, projects, social media, friends, worries, etc.), but are then forced to wake up early for classes. So they fall into a sleep cycle where they may be getting only a few hours of sleep per night, and many of those during sunlit hours.

Since many students encounter this lack of sleep issue, they find themselves on a spectrum between the morning and evening chronotypes. So, does a third chronotype exist? Yes! In fact, this study discusses two more: “afternoon types” and “napper types.”

Although many night owls face a plethora of downsides, we have our advantages too. Studies show that night owls received a better score on intelligence tests than morning larks, and have proven to be more creative. However, for all of those night owls reading this, you should still consider shutting the lights off just a bit earlier, maybe setting your alarm earlier to compensate.

Want to learn more about anatomy topics related to this news story? Check out these blog posts!