Organoids and organ-on-a-chip technologies are becoming more and more popular as models for studying different organs and tissues in the human body. Whereas organoids are grown from human stem cells, an organ-on-a-chip usually involves a combination of human cells and artificial materials to simulate particular conditions.

Why are these types of models so important for biomedical research? The short answer is that organoids and organs-on-chips allow researchers to study the normal functions of organs and tissues as well as the effects of different drugs and diseases. Being able to conduct studies in a controlled environment with an accurate (but very much scaled-down) re-creation of body structures provides scientists with research opportunities that minimize the involvement of human participants and don’t require animal models.

But you don’t have to take my word for it. To give you a sense of just how cool this type of research is, here are some examples of the most fascinating recent studies involving organoids and related technologies!

1. Combining human cells and engineering to study the eye

In early August, a team from the University of Pennsylvania published a paper in Nature Medicine in which they used a blinking “eye on a chip” to test a drug treatment for dry eye disease (DED). 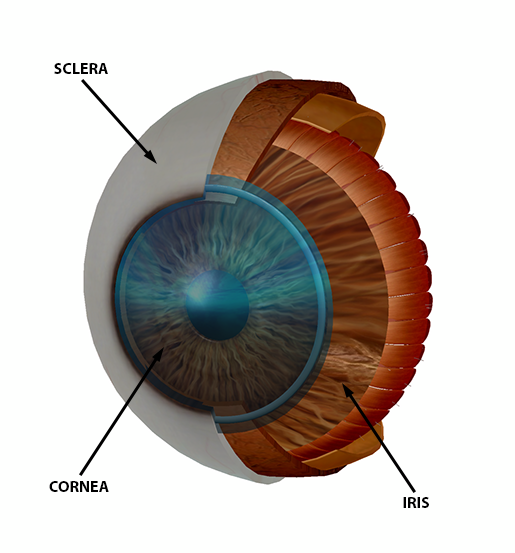 A layer of gelatin that could slide over the “eye” and spread artificial tears over its surface was used to simulate the eyelid. To create dry-eye conditions, the researchers decreased the rate of blinking. When this model was tested against a healthy and DED-affected human eye, it performed similarly on a number of different measures. The researchers proceeded to use their model to evaluate the efficacy of a lubricin-based dry-eye treatment.

Another awesome eye model is the retina-on-a-chip from this study published on August 27 in eLife. This model merged organoid and organ-on-a-chip technologies: researchers grew pluripotent stem cells on artificial tissue that re-creates "the environment that cells would experience in the body and delivers nutrients and drugs to the cells through a system that mimics human blood vessels.”

Since many drugs harm the retina, the study’s authors saw the retina-on-a-chip as a perfect way to quickly and efficiently investigate the effects of different drugs. In this study, they used the anti-malaria drug chloroquine and the antibiotic gentamicin, which are both known to be harmful to the retina, as a proof-of-concept. In the future, drugs could even be tested using a retina-on-a-chip grown from a patient’s own stem cells.

2. Creating a tiny liver and a "liver on a chip" to study non-alcoholic fatty liver disease (NAFLD)

Both organoid and organ-on-a-chip technology have recently been used to study non-alcoholic fatty liver disease (NAFLD). NAFLD happens when there is excess fat buildup in the liver cells of someone who doesn’t consume a large amount of alcohol (or even any at all). Obesity is the most common cause of NAFLD. 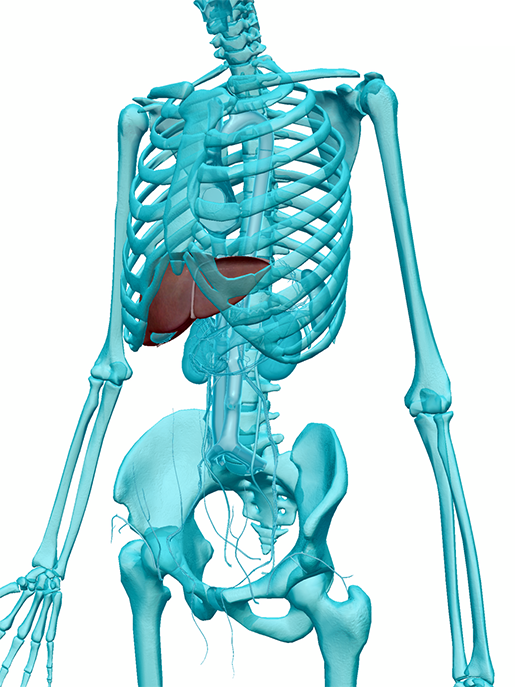 The liver in context. Image from Human Anatomy Atlas.

On August 6, a study published in Cell Metabolism simulated NAFLD by manipulating the activity of the SIRT1 gene in miniature livers grown from human pluripotent stem cells. A rat liver treated with a special detergent was used as a framework for each one, which meant that the complete mini-livers were only 2–3 inches across.

When a drug was used to suppress SIRT1, fat accumulated on the tiny livers in about 24 hours, mimicking the buildup of fat in NAFLD. The researchers hope to use this NAFLD model to try and find early signs of the disease that could be identified without a biopsy. This would help doctors be able to diagnose the disease earlier and in a less invasive way.

More recently, on August 27, a liver-on-a-chip developed by a team at Massachusetts General Hospital was used to examine a variety of driving factors of NAFLD, such as fat and oxygen concentrations. The liver-on-a-chip model was designed to allow researchers to look at various levels of NAFLD’s progression across a continuous tissue. It can also be used to test NAFLD treatments.

The neurons in the human brain use electrical signals to communicate with each other, and “brain waves” (neural oscillations) are patterns of neural activity that occur at particular frequencies. They are typically measured via EEG (electroencephalography). Because our brains contain billions of neurons, it makes sense that there are a whole bunch of different identifiable brain wave patterns in humans. In fact, even a six-month-old fetus’ brain produces brain waves.

On August 29, scientists reported in Cell Stem Cell that lab-grown cerebral organoids—pea-sized clumps of neural tissue grown from pluripotent stem cells—were able to produce brain waves. After about two months, the beginnings of brain wave-like signals appeared, all at the same frequency. Between six and nine months, the neurons in the organoids were able to produce brain waves at different frequencies. What this means is that as the mini-brains grew, their neurons self-organized into networks.

What’s more, after 25 weeks, an algorithm trained using the brain waves of 39 premature babies (born between 6 and 9 months gestational age) couldn’t tell the difference between the organoids’ brain waves and those of the real babies.

So what can a mini-brain that produces oscillatory activity show us about actual human brains? The team behind this study hopes that they can use organoids like these to study conditions such as schizophrenia, bipolar disorder, epilepsy, and autism spectrum disorder.

What’s the moral of the story? Studying human organs and tissues in miniature, whether on a chip or in a dish, has a ton of potential for clinical and pharmaceutical research.

Want to learn more about the eye, the liver, and the brain? Check out these VB blog posts: