Rotate this 3D model of the gallbladder to see its location on the underside of the liver.

The liver is the friend of many—if a few of my friends from college are any indication, it’s the best friend of some. I fondly remember being at a party where a boy named Andrew loudly proclaimed his love for his poor, overworked, and underpaid liver in the form of a poem, to the delight of a group of revelers who, like Andrew, were feeling no pain in that moment. It was an interesting ode. I gave it a solid 7 for effort.

Before I go any further, you ought to locate your liver. It would be weird to talk about something in your body without knowing exactly where it is. Put a hand underneath your sternum, in the space between the false ribs. Below your hand is your liver, the largest gland in the human body and the second largest organ (your skin is the first!). The liver is located in your abdominal cavity, just below the diaphragm. I’m sure your doctor has palpated it during a physical exam to make sure it feels normal. 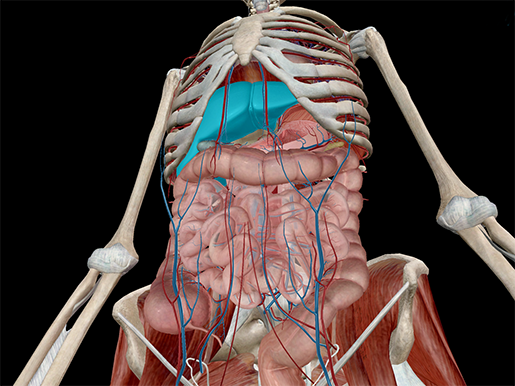 But what is it about this large and busy organ that helps (and sometimes hinders) us? Read on to find out!

While, yes, the liver serves as the body’s control board when one is drinking alcohol, the liver does a whole bunch of other important stuff, including metabolic and digestive functions. The functions of the liver include helping to digest fats, maintaining glucose balance in the blood, producing blood proteins, detoxifying blood, and storing vitamins.

Check out this table to get the rundown:

Look at all those functions! The liver isn't even in the vicinity of messing around.

2. What, Where, When, How: The Anatomy of the Liver

If you look at the liver, you’ll probably see a dark red, uh … blob. There, I said it. It looks like a blob. I promise it’s anything but! There are two ways to talk about the liver: by its external appearance (lobes) and by its functional units (segments).

We’re going to do both.

The Lobes of the Liver

The falciform ligament that divides the small left lobe from the larger right lobe is visible. 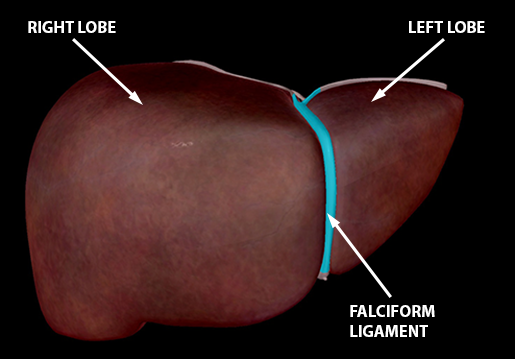 The quadrate lobe and caudate lobe have between them an opening for the hepatic portal vein. 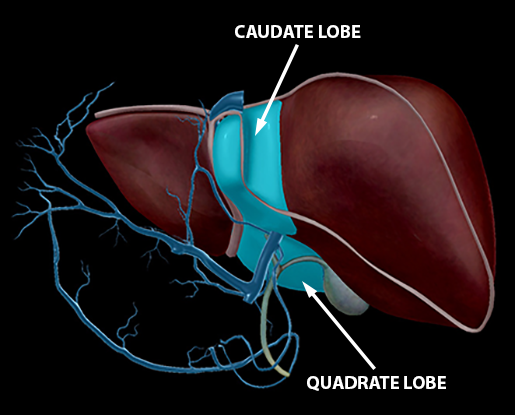 The Segments of the Liver

Named the Couninaud Classification (bit of a tongue twister) after the physician who first described them, the eight segments (one segment is classified into a superior and inferior segment, so it's more like nine) of the liver are named for their respective functions. Each segment provides distinct vascular inflow, outflow, and biliary (bile) drainage. 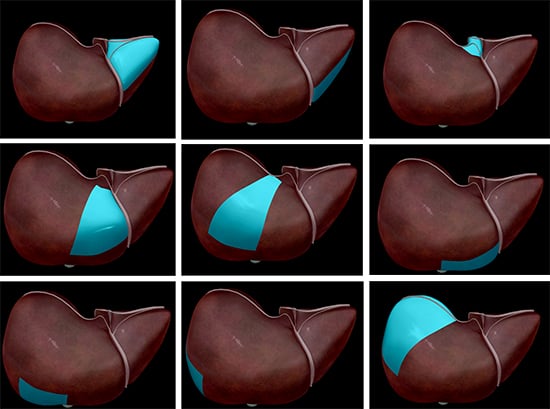 These segments are often called surgical segments of the liver because they are used in resections to preserve their functions.

3. Besties: The Gallbladder and Liver

The liver doesn’t act alone—everyone needs friends, after all. On the underside of the liver is a bulbous, musculomembranous sac called the gallbladder. It serves as a reservoir for the bile that is secreted by the liver. Bile is a greenish-brownish bitter fluid that helps digest lipids in the small intestine. 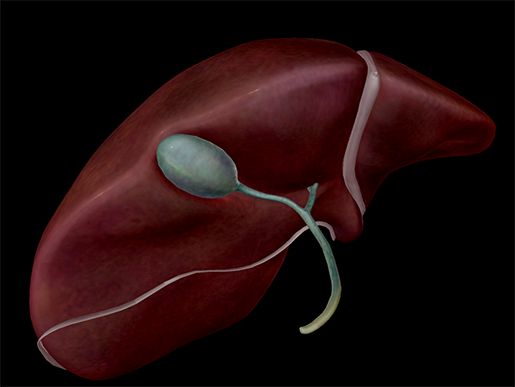 4. Why can’t we have nice things? Diseases and the Liver

If you didn’t read that as “diabeetus” in Wilford Brimley’s voice, congratulations—you’re a better person than I am. Diabetes mellitus, or just simply diabetes, is a group of diseases that affects how the body uses glucose. For those of you playing the home game, glucose is your brain’s main fuel. It’s also an important source of energy for your cells.

Diabetes has two main causes: the loss of insulin-producing cells in the pancreas (type 1), or insulin resistance (type 2). Both affect the liver’s ability to break down glycogen (synthesized and stored mainly in the liver), absorb glucose to make glycogen, or stimulate the transport of these sugars to other parts of the body.

Hepatitis is an inflammation of the liver, due to various causes, such as viruses, toxins, autoimmunity, or hereditary conditions. There are different types of the hepatitis virus, but we're going to talk about two: A and B.

Hepatitis A is spread via contact with an infected person’s feces. While you might be thinking, “How could I possibly come into contact with that?!,” think about how many people in the world don’t wash their hands. There’s also untreated drinking water.

Most people are familiar with hepatitis B, which is spread via an infected person’s bodily fluids, such as blood or semen. Reusing needles is a common way to spread the virus, as is unprotected sex. The virus can also be passed from an infected woman to her baby at birth.

Symptoms of hepatitis include yellowing skin and eyes, known as jaundice, and feeling as though you have the flu. Dark-colored urine and pale stool are also signs. In some cases, there may not be any symptoms. While hepatitis usually clears up on its own in a few months, if it goes untreated it’s called chronic hepatitis, which lasts a lifetime. Chronic hepatitis B can lead to scarring of the liver, liver failure, or liver cancer. A simple blood test will determine whether or not you’re infected.

As the repository and treatment plant for toxic substances, it’s unsurprising that the liver has a number of diseases associated with it. The most widely spread diseases of the liver besides hepatitis are toxic liver disease and cirrhosis. Toxic liver disease is an umbrella term for any disorder caused by various drugs or environmental chemicals such as alcohol. Cirrhosis, caused usually by heavy, long-term drinking, is the formation of fibrous tissue instead of liver cells that have died due to damage. Cirrhosis causes chronic liver failure.

That reddish blob in your abdomen is responsible for a lot. So, thank your liver when you go out for a few drinks with friends or when you’re firing up your muscles or your brain to do… pretty much anything.