In our last post, we talked about several of the many ways that COVID-19 has affected healthcare and pushed immunology forward. Of course, not all the important medical news of 2020 involved the pandemic. Research and ongoing public health initiatives continued despite the coronavirus’ prominent place in the spotlight.

So let’s check out some of this year’s scientific advancements and interesting medical stories that don’t involve COVID.

Before Jonas Salk’s vaccine in 1955, polio (or poliomyelitis) was a huge threat to children around the world. Polio is a disease that attacks the nervous system and can lead to paralysis, or even death, in those it infects. The US experienced devastating epidemics during the 20th century: in 1952 alone, 58,000 people were infected and 3,000 of them died. 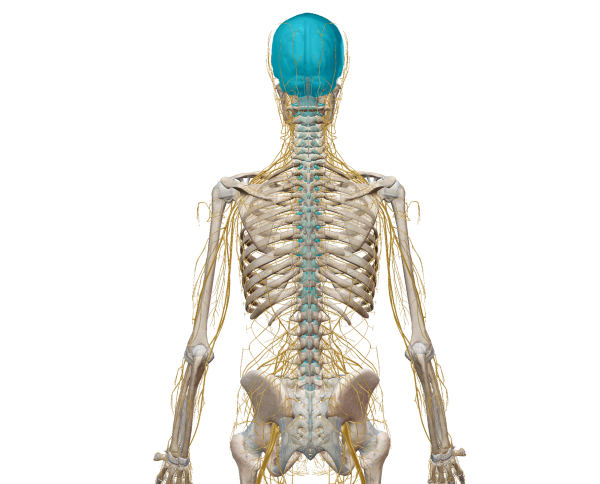 The brain and spinal cord make up the central nervous system, or CNS. Image from Human Anatomy Atlas.

Once the vaccine was widely available in the US, cases of polio plummeted, and polio was considered eradicated in the US by 1979. By 1994, polio was declared eradicated in the Western Hemisphere, thanks to successful vaccination campaigns. In August of this year, Africa was declared free of type 1 wild polio by the WHO. This is an amazing public health achievement! Health workers, volunteers, parents, and leaders at local and national scales have made it possible for 220 million children to receive polio vaccines each year, even in remote areas.

Wild polio is still an issue in Pakistan and Afghanistan, and it will be important to continue polio eradication/vaccination campaigns in those countries. Although incredibly rare, circulating vaccine-derived poliovirus (cVDPV) outbreaks can happen if “a population is seriously under-immunized [and] there are enough susceptible children for the excreted vaccine-derived polioviruses to begin circulating in the community.”

Fortunately, if everyone in a community is vaccinated against polio, they are protected against both wild and circulating vaccine-derived polio. This means that vaccination everywhere remains vital to global polio eradication efforts.

Hepatitis is a group of diseases that cause liver inflammation. Check out this VB blog post to learn more about the anatomy and function of the healthy liver! 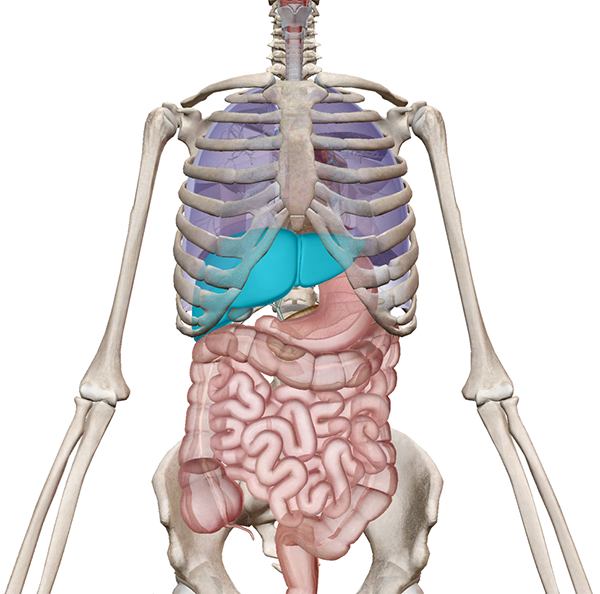 Location of the liver relative to the heart, lungs, and digestive system. Image from Human Anatomy Atlas.

Different types of hepatitis have different causes (viruses vs. environmental factors or autoimmune disorders). Some types, like Hepatitis A and E, are acute, while others, like Hepatitis B and C, are chronic. Acute hepatitis results in symptoms such as fatigue, dark urine, pale stool, abdominal pain, loss of appetite, and yellowed (jaundiced) skin and eyes. The symptoms of chronic hepatitis are similar, but are often harder to detect because they occur gradually.

By the 1970s, the hepatitis A virus (HAV) and the hepatitis B virus (HBV) had been identified, but some patients suffered from a form of the disease that couldn’t be identified as hepatitis A or B on a blood test. That’s where this year’s Nobel Prize-winning scientists come in. Alter studied patients who contracted this “new” type of hepatitis following blood transfusions, Houghton isolated and identified the new virus, and Rice confirmed that hepatitis C was causing disease.

3. Blood test to help diagnose Alzheimer's approved for clinical use in the US

Speaking of helpful diagnostic blood tests, did you know that a blood test that can help detect signs of Alzheimer’s disease has been authorized for clinical use in the US? In October of this year, the pharmaceutical company C2N Diagnostics announced that their new blood test, which detects biomarkers in the blood associated with amyloid plaques in the brain, is now available in most states in the US.

Alzheimer’s disease (AD) is a neurodegenerative disease that causes cognitive decline, memory loss, language difficulties, and abnormal behavior over time. AD is the 6th leading cause of death in the US and affects around 5.5 million Americans, most of them over the age of 65.

Though the exact causes of Alzheimer’s disease are not yet fully understood, the brains of people with AD have several characteristic problems. Unusual protein plaques (amyloid beta plaques) and tangles of fiber (tau clusters) interfere with neurons’ ability to function and communicate with one another.

An electrical signal passing from one neuron to another at a healthy synapse, with the help of neurotransmitters (in red). Video footage from Anatomy & Physiology.

What the C2N blood test does is measure the “ratio of two isoforms of the amyloid-β protein, Aβ42 and Aβ40, that aggregate to form amyloid plaques in the brain, combined with the presence of isoforms of apolipoprotein E (ApoE) that reflect whether the patient carries a genetic variant associated with Alzheimer’s risk.” The patient’s result is given a score to indicate how likely their brain is to have amyloid plaques. Their doctor can use this score to decide whether to do further, more intensive testing—such as an amyloid PET scan—to confirm the presence of amyloid plaques.

The blood test will not only make it easier for doctors to help patients figure out the source of dementia symptoms—it will also facilitate screening Alzheimer’s patients for clinical trials.

4. Combination of imaging techniques used to produce a detailed (and colorful!) image of a human cell

At Visible Body, we love awesome visuals of the human body (I mean, it’s right there in our name). A new image that went viral on Twitter in mid-November shows the inner anatomy of human cells in incredibly colorful detail.

Harvard Medical School faculty member Gael McGill collaborated with Evan Ingersoll, a biomedical artist and animator, to create a 3D rendering of a eukaryotic cell. They used “X-ray, nuclear magnetic resonance (NMR), and cryo-electron microscopy datasets for all of its molecular actors.” The result looks like a mosaic of fantastic bright colors—or perhaps even New Year’s confetti.

Want to study particular signalling pathways and organelles in detail? You can access interactive versions of the image on Digizyme here and examine the molecules involved in endocytosis, cellular respiration, protein synthesis, and more.

From everyone at Visible Body to you—we wish you a safe and happy New Year!