Vaccines have been in the news a great deal lately, as research and clinical trials for a SARS-CoV-2 vaccine continue at an impressive pace. August is also National Immunization Awareness Month, which means it’s a great time to take a look at the history of vaccines and see just how far humans have come in fighting disease.

Today, we’re going to take a look at four fascinating facts about the history of vaccines and their development, from ancient China to the present day.

British doctor Edward Jenner is credited with performing the first vaccination for smallpox in 1796. 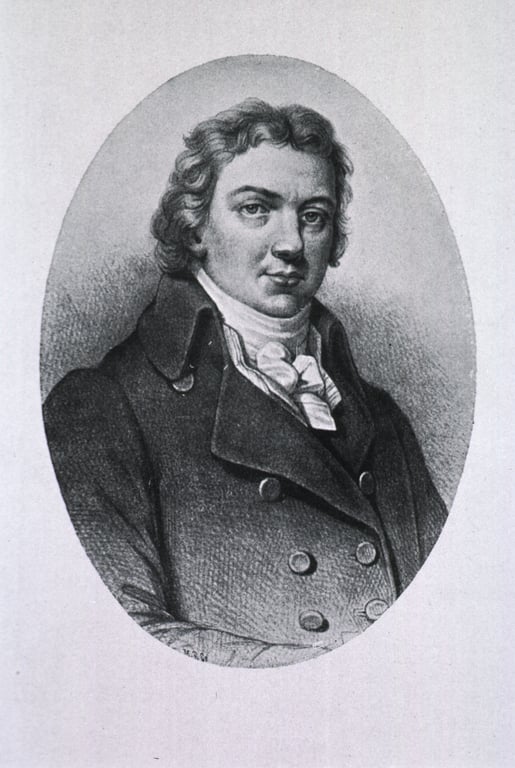 Edward Jenner. Image courtesy of the National Library of Medicine.

Before Jenner’s vaccine, people all over the world used variolation to inoculate themselves against smallpox. Variolation involved subcutaneous injection or inhalation of material from smallpox pustules, such as pus or dried scabs.

In the first recorded instances of variolation from around 1000 CE in China, powdered smallpox scabs would be blown into a patient’s nostril with a metal tube. The subcutaneous method of variolation, in which pus from a smallpox pustule was injected under the skin, is thought to have originated in India around the same time. Variolation was recorded in Egypt as early as the 13th century, and in other parts of North and West Africa from at least the 17th century.

The practice of variolation made its way to Great Britain in the 1720s. Lady Mary Wortley Montagu, wife of a British ambassador to Turkey, heard about variolation there and wanted her young son to undergo the procedure, which involved having pus introduced into an incision made in the arm. Six year old Edward Montagu was variolated in 1718 by Doctor Charles Maitland in Constantinople. Lady Montagu recommended that others in her home country have their children inoculated this way as well. 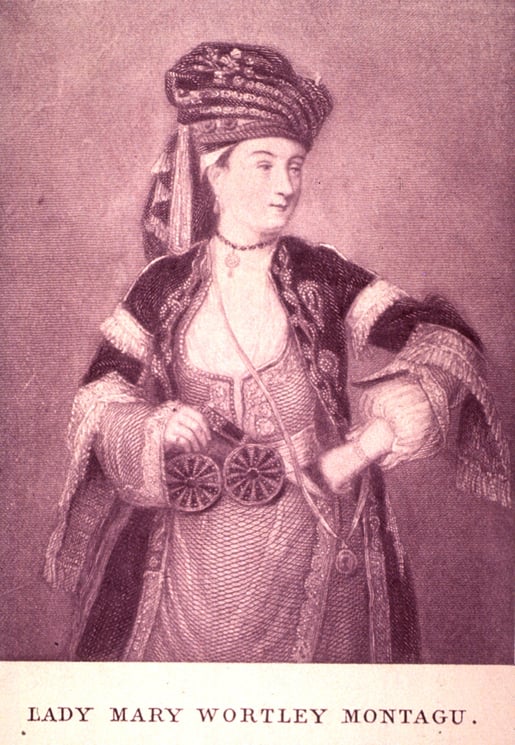 Over the next few decades, inoculation via variolation became a common practice in Britain. However, Jenner and his contemporaries eventually came to the realization that people who had been infected with cowpox (usually people who worked on farms) didn’t get smallpox. Using cowpox instead of smallpox to inoculate people was a significant advancement because cowpox was less dangerous and still provided immunity to smallpox. In the first recorded instance of vaccination, Jenner famously introduced pus from cowpox pustules into an incision on the arm of a child named James Phipps. (Fun fact! The word “vaccine” comes from the Latin word “vacca,” meaning “cow.”)

Later, when Phipps and several other children vaccinated using cowpox were exposed to smallpox, they did not become infected.

During the 1800s, the vaccinia virus was used instead of cowpox, and vaccines manufactured in the 20th century used an attenuated form of vaccinia.

Thanks to an intensified eradication campaign that began in 1966, the world is now free of naturally-occurring smallpox. The last recorded infection was in 1977. The virus now exists only as a specimen for study in two highly secure WHO-affiliated laboratories—one in the US and one in Russia.

2. The first laboratory-produced vaccine was made in 1879...for chickens.

Louis Pasteur is an important figure in microbiology. His study of fermentation showed that microorganisms were responsible for the process, and he demonstrated that food contamination was caused by bacteria from the air, not by spontaneous generation. He is the inventor and namesake of pasteurization, the treatment of food and beverages with heat to kill microbes. His work (especially his work with silkworms) provided key support for the germ theory of disease, the idea that infectious diseases are caused by microorganisms, not miasma.

But did you know that Pasteur also developed the first laboratory-produced vaccine? In 1879, Pasteur was studying chicken cholera, caused by the bacterium Pasteurella multocida, by injecting the bacteria into chickens and observing the disease’s progression. By coincidence, Pasteur found that injecting the chickens with older samples of bacteria caused the chickens to contract a less serious form of the illness. When those chickens were injected with fresh bacteria, they didn’t get sick, meaning that exposure to the weakened bacteria had made them resistant to future infection. Pasteur went on to study anthrax and rabies using the idea of attenuation—weakening pathogens and using them to make vaccines.

This was an incredibly important step forward in the science of vaccination. Today, one of the major categories of modern vaccines is those that use live, attenuated versions of viruses and bacteria. The MMR (measles, mumps, and rubella) and chicken pox (varicella) vaccines are particularly notable examples of live attenuated virus vaccines. The seasonal flu and 2009 H1N1 (swine flu) nasal sprays also used live attenuated viruses. The Bacillus Calmette–Guérin (BCG) vaccine, which is used against tuberculosis, uses live attenuated bacteria.

The flu has been around for a long time, with the first recorded cases of a flu-like contagious illness reported by Hippocrates around 410 BCE. The term “influenza”—from “influenza di freddo” (influence of the cold) and/or “influenza di stelle” (influence of the stars)—was coined in 14th century Italy and was widely used in English to describe the disease by the mid-1700s. However, it took humans a pretty long time to learn that viruses, not bacteria, were responsible for this often deadly disease. 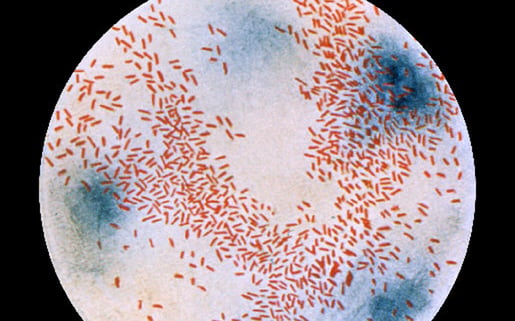 Assuming that bacteria were to blame for the flu, researchers tried to develop a vaccine during the 1918-1919 Spanish flu pandemic, but were unsuccessful. They attempted to create vaccines using Haemophilus influenzae as well as “strains of pneumococcus, streptococcus, staphylococcus, and Moraxella catarrhalis bacteria.”

Fortunately, a group of British scientists—Wilson Smith, Sir Christopher Andrewes, and Sir Patrick Laidlaw—isolated the influenza A virus from patients’ nasal secretions in 1933. The isolation of this virus allowed flu vaccine development to begin in earnest. Influenza B was isolated in 1940 by Thomas Francis Jr., MD, a researcher at Rockefeller University in New York City.

While the first vaccine contained only inactivated influenza A, a bivalent vaccine containing inactivated influenza A and influenza B became available in the 1940s. Since then, flu vaccines have evolved considerably, undergoing frequent modifications due to the flu’s multiple strains and frequent mutations. Today, the seasonal flu vaccine many people receive yearly is formulated to protect against multiple strains of influenza—those that are common and those that are predicted to occur in a given flu season.

4. HeLa cells have played a huge role in vaccine development.

Human cells grown in labs are essential to scientific research, and one of the most famous cell lines is that of the “immortal” HeLa cells. The first HeLa cells were samples collected in 1951 from a cervical cancer patient at Johns Hopkins—Henrietta Lacks, a 31-year-old African American woman from Baltimore.

Unlike other populations of cells scientists had tried to grow in the lab, which didn’t last more than a few days, the HeLa cells divided pretty much indefinitely. This gave scientists a large population of identical cells they could study. 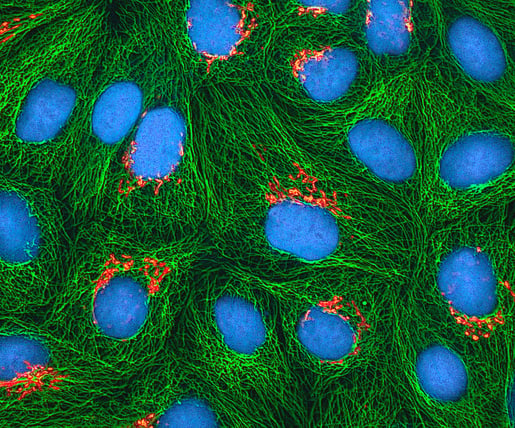 The HeLa cells have been key in many important scientific breakthroughs, but in the world of vaccines they are well known for their role in the testing of the Polio vaccine and the implication of HPV (human papillomavirus) in cervical cancer, which led to the widely available HPV vaccines we have today.

In March of 1953, Jonas Salk announced that he had successfully tested a vaccine against poliomyelitis, or polio, a disease that attacks the nervous system and causes paralysis, particularly in children. Before Salk’s vaccine (which officially became available in 1955, following widespread clinical trials in 1954), polio epidemics were common, leading to paralysis, and even death, for many children in the US and around the world.

The HeLa cells provided researchers with the ability to test the polio vaccine on a large scale on human cells (instead of animal cells). What’s more, HeLa cells were particularly susceptible to polio but were not killed by it, making them excellent candidates for research. Two scientists from Tuskegee University, Drs. Russell W. Brown and James H.M. Henderson, led a team that mass produced HeLa cells for the purpose of polio vaccine development.

Around 30 years later, HeLa cells played a central role in a vital vaccine-related discovery. In 1983, a German scientist named Harald zur Hausen found that certain types of HPV (human papillomavirus) can lead to cervical cancer. This conclusion was based on the fact that he found “multiple copies of human papillomavirus 18 (HPV-18)” in the HeLa cells he was working with. Harald zur Hausen was awarded the Nobel Prize in Physiology or Medicine in 2008 for this discovery. Today, there are vaccines that can protect people from “the two low-risk HPV types that cause most genital warts, plus the seven high-risk HPV types that cause most HPV-related cancers.”

The story of the HeLa cells is important not only because of the monumental scientific advancements the cells have made possible but also because of the questions these cells raise about research ethics. Henrietta Lacks died in 1951, and she was never told about the samples that had been taken from her tumors. (Today, medical professionals need to ask patients’ permission to take blood or tissue samples for study, but the existing rules about informed consent had not yet been established in 1951.) Lacks’ family wasn’t informed about the samples until the 1970s, at which point the HeLa cells had been used in research for nearly two decades.

If you want to learn more, Rebecca Skloot’s 2010 book, The Immortal Life of Henrietta Lacks, gives an engaging and detailed account of Henrietta Lacks, her family, and the cells that bear her name. (It’s one of the best books I’ve ever read—I would highly recommend it!)

From humanity’s first attempts at protecting ourselves against diseases, we’ve come a long way. Smallpox, one of the most devastating diseases to sweep the globe, has been effectively eliminated. Children in most parts of the world no longer have to worry about polio. Even so, new diseases, such as novel strains of flu and viruses like SARS-CoV-2, will continue to arise. As technology becomes more and more advanced and our understanding of microbiology and immunity grow, vaccine research will remain a vital part of medical science for years to come.

Interested in more science stories from the past and how they can inform the present and future? Check out these related VB Blog posts!