How Does Caffeine Affect the Body?

Did you know that caffeine is the most popular drug in the world? About 90% of North American adults consume caffeine daily, and the demand for coffee just keeps growing! Caffeine is found in over 60 kinds of plants. Tea and coffee are by far the most popular caffeinated beverages, but in Europe and the Americas, coffee reigns supreme.

Coffee originates from the Kaffa region of Ethiopia. According to legend, a goat shepherd named Kaldi first discovered the positive effects of coffee in the eighth century with the help of his flock. After eating the fruit and leaves of the coffea plant, the goats began to jump around like little kids hopped up on sugar. Kaldi tried one of the fruits for himself and felt energized. As the story goes, Kaldi kickstarted coffee consumption, and more and more people started eating the fruit for a buzz of energy.

In the 1400s, coffee roasting techniques were developed, and coffee soared in popularity. Instead of eating the fruits of the coffea plant, we could roast the seeds and turn them into a delicious drink! The first recorded coffee house (Starbucks’ ancient ancestor) opened its doors in Constantinople in 1554, and in the early 17th century, coffee consumption spread to Europe.

Now, people all over the world consume tea and coffee. But how does it give us energy? And what is all that caffeine doing to our bodies?

How does caffeine make us alert?

To understand how caffeine works, we first have to understand adenosine and its receptors. Adenosine is a purine nucleotide base—you may be familiar with its role in ATP , the “energy molecule.” 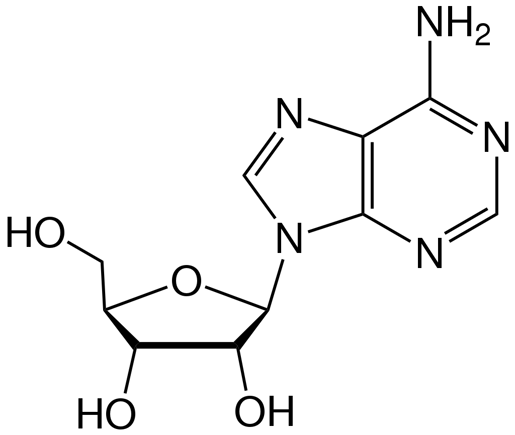 The structure of adenosine. Image via Wikipedia Commons.

Located throughout the body, adenosine receptors affect the immune, nervous, circulatory, respiratory, and urinary systems. Adenosine contributes to many functions, including the modulation of neurotransmitter release, vasoconstriction or vasodilation, and the regulation of T cell proliferation. Notably, adenosine causes sleep-inducing effects in the brain.

When caffeine enters the body, it binds to the brain’s adenosine receptors, blocking adenosine from binding to those same receptors. When adenosine is blocked, neurotransmitters like norepinephrine, dopamine, and gamma-aminobutyric acid are also affected. This is the main way caffeine alters our alertness and mood. 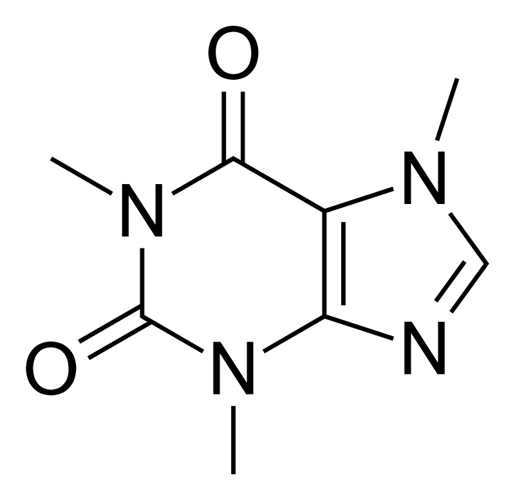 The structure of caffeine. Image via Wikipedia Commons.

Have you ever experienced fatigue a couple hours after drinking caffeine? Caffeine crashes are caused when caffeine metabolizes away and all of the adenosine that’s been building up floods back into the receptors, triggering feelings of tiredness. 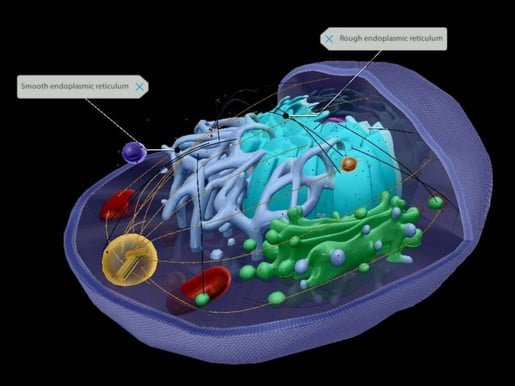 Caffeine can also prevent cyclic adenosine monophosphate (cAMP) from being broken down, and buildup of cAMP causes the release of hormones like dopamine. However, the dose of caffeine required to do this would be toxic to humans.

Caffeine’s effects: The good, the bad, and the ugly

Let’s take a look at the effects of caffeine on the body, starting with its effects on the brain and ending with caffeine withdrawal symptoms.

Caffeine and the brain

Research indicates that about two cups of coffee can elevate your mood… but anyone with a “Don’t talk to me before I’ve had my coffee” mug could tell you that! The positive effects of caffeine on mood can last up to three hours. Heavy use of caffeine, however, can lead to tension, anxiety, and more intense physical symptoms.

Because you feel less tired and bored, you’re able to focus and perform better after consuming caffeine. Some studies have indicated that caffeine decreases reaction times in auditory and visual choice tasks, while other cognitive skills like basic math seem to be unaffected.

A study concluded that caffeine was connected to greater memory retention—but not memory acquisition—in rats, though other studies say that, broadly speaking, caffeine does not affect learning and memory tasks in humans.

A lot of research says that caffeine improves physical reaction time and can improve coordination, speed, and agility. Caffeine leads to an increase in adrenaline, the “fight or flight” hormone that prepares the body to act fast in the event of a threat.

Caffeine and the heart

Caffeine is a vasoconstrictor: it decreases the size of blood vessels. This triggers a temporary increase in blood pressure and heart rate. Blood pressure can stay elevated for up to three hours after consumption!

Notably, these temporary effects are less likely to happen the more caffeine you drink habitually. The body can build up a tolerance to caffeine that can stave off its effects.

If you have high blood pressure and you’re concerned about caffeine, don’t worry—caffeine is unlikely to have long term, serious effects on your blood pressure.

Caffeine increases heart rate and can cause the ventricles to skip heartbeats, but researchers are split on whether or not caffeine leads to heart disease. Some studies indicate that caffeine consumption can decrease the risk of heart failure, while other scientists say that more research is necessary before we can come to any conclusions. Doctors emphasize that a moderate amount of caffeine (4-5 cups of coffee or tea a day) is likely safe.

People love caffeine’s effects on alertness and energy, but that energy boost can come at a cost. People who habitually consume caffeine can suffer from altered circadian sleep schedules and overall sleep insufficiency.

Researchers have pointed out that in some cases, rather than increasing performance, caffeine might just restore performance lost by sleepiness.

Why is sleep so important anyway? Poor sleep has been connected to disorders like depression, high blood pressure and heart disease, and diabetes. Sleep has been found to play a role in:

Caffeine isn’t a perfect solution for sleep deprivation. A 2021 study asked participants to complete a simple task and a more complicated task that required steps completed in a certain order. Sleep deprivation plus caffeine resulted in success with the easier task, but the caffeine could not help participants complete the more difficult task. The researcher emphasized that caffeine is not a replacement for sleep.

Symptoms tend to start 12 to 24 hours after you stop drinking caffeine, and they can last up to nine days. Headaches occur in about half of caffeine withdrawal cases, and “clinically significant distress or functional impairment” occurs in about 13% of cases.

You don’t have to be a hardcore coffee drinker to get caffeine withdrawal: one study showed that withdrawal symptoms can occur after three days of caffeine consumption!

Quitting cold turkey is sure to lead to headaches and grouchiness, but the good news is that caffeine withdrawal symptoms can be mitigated by gradually decreasing caffeine consumption.

Caffeine is popular worldwide for its effects on energy levels and alertness. In fact, this very blog post was written under the effects of a Dunkin’ iced coffee!

Next time you have a cup of coffee or tea, eat a piece of chocolate, or drink a cola, think about how caffeine affects your body and your alertness!