I've been told I have a weird way of looking at the body. I've likened the digestive system to a train route, the heart to a machine, and now I'm about to throw a bunch of computer jargon at you for the brain.

Think of your body as a computer. Mac or PC—doesn't matter. A computer is made up of tons of small wires (vasculature and nerves), parts (organs), and the tasks it performs come from the central processing unit, or CPU (brain). It takes a lot of digging to get to the CPU of a computer, so that's what we're going to do: we're going to dig. 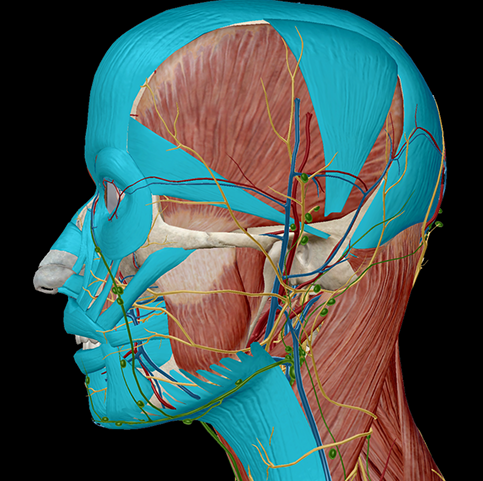 Every time you smile, frown, laugh, cry, or clench your teeth in anger, you are expressing an emotion. Some of these are involuntary—you react automatically when you find something funny or upsetting. It takes a lot of discipline to contain your emotions.

The muscles of expression allow you to show your emotions. They pull at your eyebrows and the corners of your mouth; they wrinkle your nose and chin; they furrow your forehead. And guess what—the brain is responsible for all of it.

When you laugh at a joke or cry during a sad movie, your brain interprets these emotions and uses your muscles to express them. 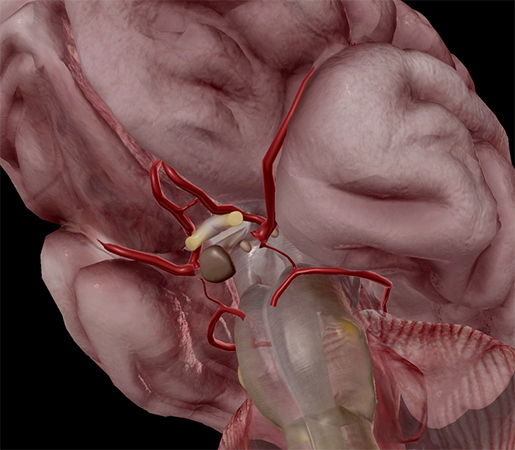 Okay, so we peel back the cover of the computer (a.k.a., everything on the outside) and begin our descent.

Numerous branches of the Circle of Willis (the cerebral arterial circle) distribute blood throughout the brain and provide collateral circulation.

The thick, blue structure that rests above the two brain hemispheres is the superior sagittal sinus, which drains blood from the brain.

Functions of the Four Lobes of the Brain 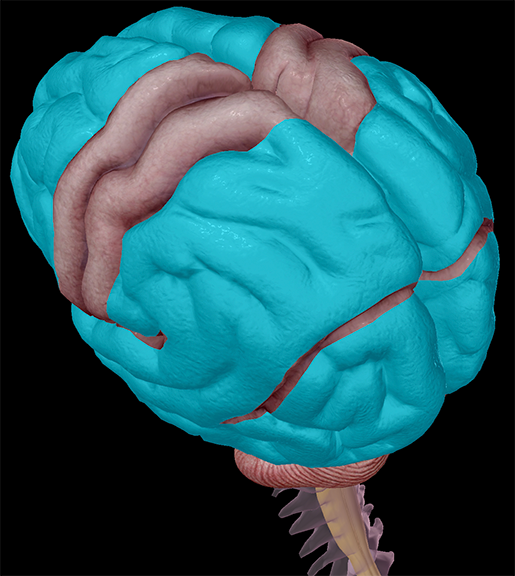 Here we go. Now we're in the "guts" of our computer, so to speak. The brain has two hemispheres. The largest part of the brain (what most people visualize when they think of the brain) is the cerebrum. In the image above I've highlighted sections of the four main lobes of the cerebrum: the frontal lobe, parietal lobe, temporal lobe, and occipital lobe; each are named for the bones with which they correspond.

Functions of the Hindbrain 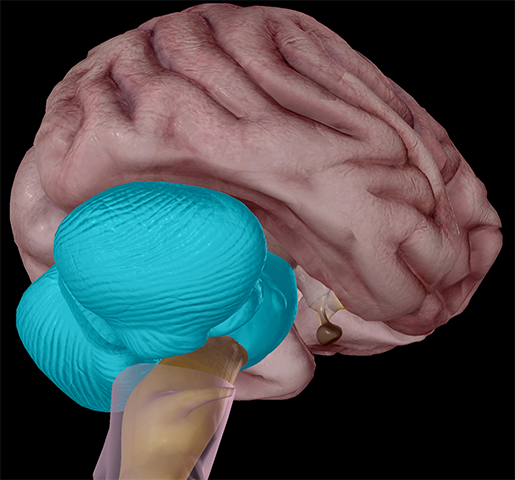 Most people, when they picture the brain, only think of the cerebrum. There's much more to it than that!

The hindbrain, or rhombencephalon, is a large structure in the posterior region of the brain, inferior to the occipital lobe. It consists of the medulla oblongata, the pons, and the cerebellum. The cerebellum fine-tunes body movement and manages balance and posture. The medulla oblongata (which is just fun to say) acts as the conduction pathway between the spinal cord and the brain as it controls involuntary functions of the respiratory, digestive, and circulatory systems and contributes to hearing balance and taste. The pons bridges the two main function areas of the central nervous system, the "higher" brain centers and the spinal cord.

Functions of the Limbic System

The limbic system is made up of a number of structures that manage a range of emotions and contribute to the processing of memory and smell.

The hippocampus, one of the most recognizable structures of the limbic system, is made up of mostly gray matter and plays a role in the consolidation of long-term memory.

Functions of the Midbrain 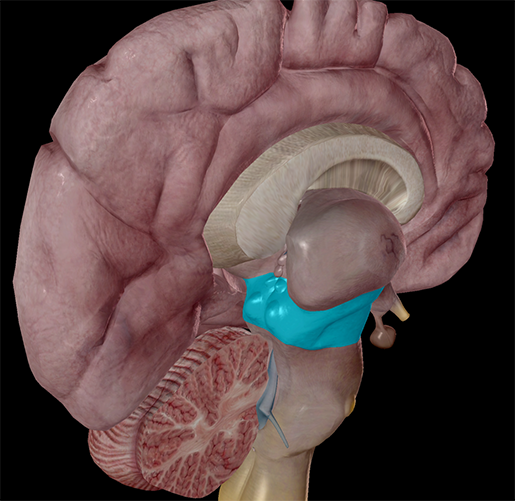 The midbrain, one of the main areas of the brain, is involved with vision, hearing, motor control, and thermoregulation.

So the next time you open up Solitaire or spend 18 hours on Facebook, think about how your computer is working inside to let you do these tasks—just like how your brain is working to let you use the computer. It's all very Inception.