The pancreas is a tadpole-shaped organ that is located at the back of the abdomen and is made up of small glandular clusters of epithelial cells. It consists of a head, body, and tail, with the head connected to the duodenum. 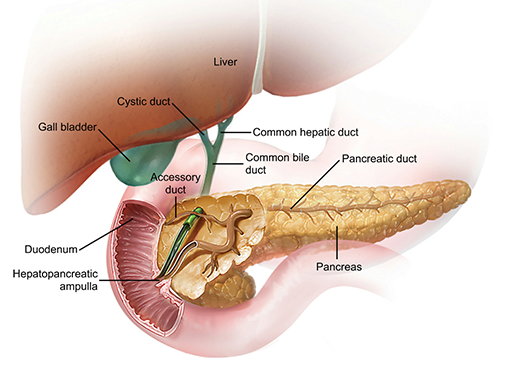 The pancreas, liver, gallbladder, and ducts. Image from Anatomy & Physiology.

The pancreas helps convert food into fuel for body cells. Its exocrine cells produce enzymes that, combined with electrolytes and water, make up a digestive fluid called pancreatic juice. That juice is carried through a system of ducts, and the common bile duct and pancreatic duct merge to form the ampulla of Vater, located in the duodenum. When pancreatic juice reaches the small intestine, it promotes digestion by breaking down sugars, fats, and starches.

Insulin lowers blood glucose levels, signaling cells to convert glucose into energy or substances like glycogen and fats. Glucogen works primarily in the liver to promote the breakdown of glycogen into glucose, the synthesis of glucose from lactic acid and noncarbohydrate molecules, and the release of glucose to the blood.

Pancreatic adenocarcinoma is most often found in the head of the pancreas. Often, the first symptom of a head tumor is jaundice, a yellowing of the eyes and skin. Jaundice is caused when a blockage of the common bile duct stops bile from entering the liver, causing a buildup of bilirubin. 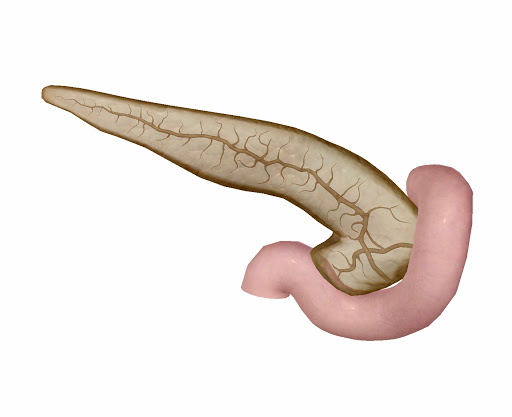 The pancreas (posterior view), its ducts, and the duodenum. Image from Human Anatomy Atlas.

Symptoms of a functional PNET can depend on the type of hormone the PNET makes—for example, a gastrinoma generates extra gastrin and might cause stomach ulcers, gastroesophageal reflux, or diarrhea.

However, many patients do not have these symptoms, and these tumors are often found through imaging studies like CAT scans performed to address other health issues. A biopsy confirms the diagnosis.

Pancreatic cancer tends to develop after the age of 45, with 97% of cases occurring in that age group.

Because the majority of these risk factors are vague, people with family histories of pancreatic cancer are often the only group recommended for screening, despite the fact that hereditary pancreatic cancer accounts for only 10% of cases.

The chemical structure of CA 9-19. Image from Wikipedia Commons.

Imaging systems can be used to identify tumors, but their expense and invasive nature can be a barrier. Abdominal ultrasound is the easiest method, but pancreatic cancer is difficult to detect this way because of where the pancreas is located in the abdomen. Endoscopic ultrasound is the best option because it can also biopsy pancreatic tissue. 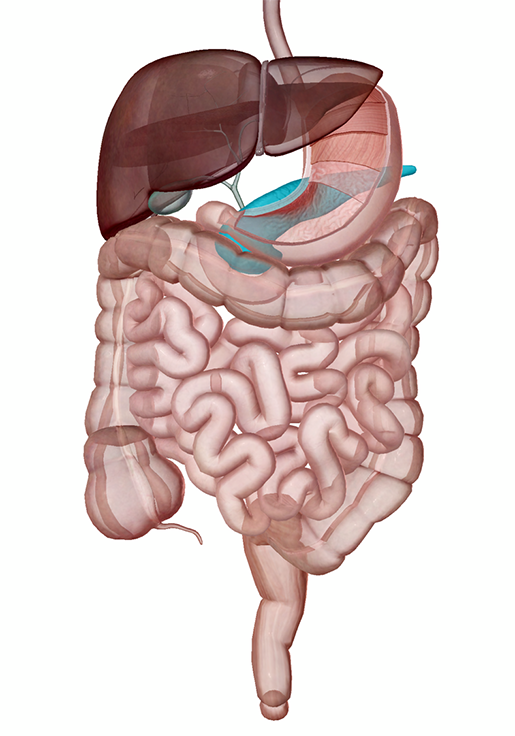 The pancreas in context. Image from Human Anatomy Atlas.

Why Is Pancreatic Cancer So Deadly?

Many complex factors compound to make pancreatic cancer one of the deadliest cancers.

Treatment for pancreatic cancer includes radiation and chemotherapy as well as the Whipple procedure we mentioned earlier. This complex surgery takes 5-7 hours to complete: the surgeon removes the head of the pancreas, the first segment of the small intestine (the duodenum), part of the common bile duct, and the gallbladder. The surgeon then connects the remaining parts. 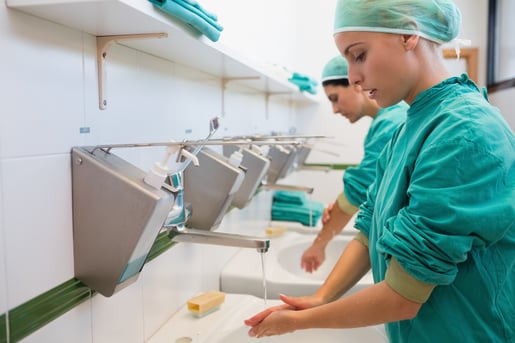 Since, in the majority of cases, pancreatic cancer has spread beyond the pancreas by the time it is diagnosed, surgery is not typically effective in removing the cancer completely.

The pancreas produces a digestive fluid and contains islet cells that synthesize glucagon and insulin. Pancreatic cancer tends to either originate in the ducts (adenocarcinoma) or from the islet cells (PNETs).

Because of its nonspecific risk factors, a lack of distinct early symptoms, and inefficient screening methods, many people with pancreatic cancer are not diagnosed until the cancer has spread to other organs. Combined with the cancer’s resistance to chemotherapy, this means that current treatment for pancreatic cancer is not as effective as treatment for other cancers.

Despite these challenges, medical researchers are working on new imaging techniques, chemotherapies, immunotherapies, and other methods to fight pancreatic cancer. With more awareness and research, new treatments can be developed to improve prognosis.