A new study published this month in Science Advances revealed the limit of human endurance and attributes it to the constraints of the human digestive system.

The research began by studying the extreme athletes participating in the Race Across the USA, a 3,080 mile run from California to Washington D.C. that lasts 140 days. Athletes run 6 marathons a week for five months. The team of researchers studied the number of calories the athletes burned per day and then plotted their data over time.

They also studied urine samples taken on the first and last day of the Race Across the USA. Using these samples, scientists were able to determine that the athletes were burning roughly 600 calories less than what they should have been at the end of the race.

The team continued to research other extreme endurance competitions, such as the Tour de France and Antarctic treks. The pattern they found in each event was the same: the body’s energy expenditure started high and then flattened out to 2.5 times their resting metabolic rate.

These findings suggested that the body was able to adjust its energy expenditure in order to stay within a sustainable range. “It’s a great example of constrained energy expenditure, where the body is limited in its ability to maintain extremely high levels of energy expenditure for an extended period of time,” co-author Caitlin Thurber told Duke Today.

One possible explanation for this could be the limits of the human digestive system. “There’s just a limit to how many calories our guts can effectively absorb per day,” explained Herman Pontzer, an associate professor of evolutionary anthropology at Duke University. Throughout these extreme endurance races, the athletes’ bodies were simply unable to replace the calories they were burning throughout the day.

Interestingly, the scientists also found that in addition to extreme endurance athletes, pregnant women are pushing the boundaries of human endurance. 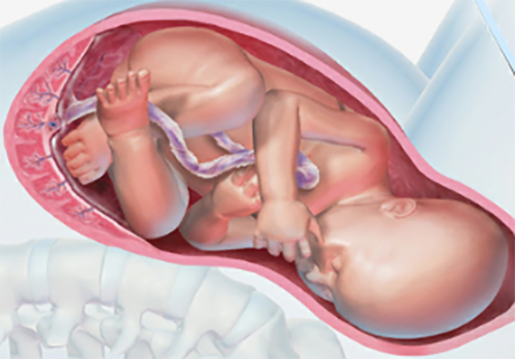 While expecting mothers may not be running thousands of miles, they are also pushing their body to the extreme and often come close to the limit of 2.5 times their basal metabolic rate during the 9 months. Scientists speculate that perhaps the physiological limits that are preventing athletes from breaking records could also limit the size that a baby can grow to in the womb.

Want to learn more about anatomy topics related to this news story? Click on the links below!