Aaaand we're back! Last time, I introduced you to the first half of The Deadly Dozen, a list of 12 life-threatening thoracic trauma conditions. Today I'll cover the second half: The Hidden Six.

Let's start with some unsettling data! Approximately 80% of patients with major airway injuries die at the scene as a result of asphyxia, secondary to interruption or airway obstruction compounded by aspiration of blood and intrapulmonary hemorrhage. Now that's a sentence! Basically, airway trauma can cause a lot of really serious problems, namely asphyxia (suffocation). This is usually due to some type of blockage, most often: blood.

Okay, let's say you're lucky enough to survive the initial injury and make it to the hospital alive. You still have a 30% chance of kicking the bucket due to numerous associated injuries and complications.  Aren't airway injuries just the best?!

First we'll start with the name itself. "The Hidden Six" are aptly spookily named as such because while they have the potential to be life-threatening, they are not as obvious as their more dubious counterparts. These guys should be detected during the secondary assessment, the more detailed and focused exam.

Aortic disruption from blunt trauma is the leading cause of immediate death. The aorta is the big kahuna of the body's blood vessels; disruption of blood flow would greatly impede perfusion to vital organs and the extremities. A "disruption" is just medical speak for small tear, laceration, occlusion, or complete rupture. Occlusion carries a pretty good prognosis if diagnosed early.

The most common mechanism of aortic disruption is rapid deceleration from a high-speed impact, either an automobile accident or a fall from a great height. Rapid deceleration can create shearing forces on the great vessels, causing partial or even complete tears. Complete tears are most often fatal at the scene, but patients who survive the initial injury have a pretty high chance of pulling through with rapid identification and treatment.

Location-wise, the most common spot for aortic tears or ruptures is the descending portion distal to the left subclavian artery at the ligamentum arteriosum. Why the descending aorta? Well, it's fixed to the vertebrae so it decelerates at the same rate as the body. The heart and aortic arch usually move laterally and inferiorly into the left hemithorax. This results in a shearing, twisting, and bending of the descending aorta, producing maximal stress. The two other sites for tears are where the aorta leaves its protective pericardial sac, and the entry to the diaphragm.

Image from Human Anatomy Atlas 2020 showing the approximate location of the most common aortic injury site.

The treatment includes both an aortic repair as well as maintaining control of blood pressure. If the BP is elevated, it can cause the aorta to completely rupture, leading to exsanguination (bleeding out).

Traumatic disruption of the tracheobronchial tree is a rare but potentially life threatening injury due to penetrating or blunt trauma. The incidence of tracheobronchial injuries is only 3%, but the mortality rate is 30%; 50% of whom die within the first hour. Similar to aortic disruptions, the trauma is often caused by severe rapid deceleration or compressive forces. During deceleration, traction is produced, resulting in the lungs being yanked away from the mediastinum. When the amount of traction exceeds the trachea's elasticity, the trachea ruptures. Boom.

As far as treatment goes, airway management may be all that is needed until the acute inflammation and edema resolve. For total airway obstruction or severe respiratory distress, intubation of the unaffected bronchus followed by operative repair may be warranted.

A myocardial contusion is similar to a concussion in that it results in cellular changes within the tissues. For example, erythrocytes (red blood cells) can leak into the muscle wall, along with necrotic myocardial fibers, myocardial edema, as well as interstitial and subendocardial hemorrhage. (If that went over your head, basically I'm talking about a lot of various leaking and bleeding, none of which is ideal). And on top of that, even without the necrosis, it's believed that the injured myocardial cells contract less forcefully, leading to diminished cardiac output.

High-speed deceleration collisions are the most common cause, but speeds of even less than 35 mph have also contributed to myocardial contusions. It's estimated that at least 20% of patients with steering wheel impacts sustain sudden cardiac contusions, 16% of which are fatal. The most frequent scenario is an unrestrained driver in a high-speed crash, hitting the steering wheel with his chest. This (among other numerous reasons) is why you need to buckle up!

All patients with diagnosed myocardial contusions are at serious risk for sudden dysrhythmias (irregular heartbeats) and need continuous monitoring for the first 24 hours. After this time period, the risk decreases substantially. Without serious complications or any major associated injuries, the prognosis of a myocardial contusion is very promising.

Your diaphragm is the funny-shaped muscle that sits just under your lungs and is instrumental in ventilation. The left side of the diaphragm is much more prone to injury than the right, since it's not protected by the liver. The left posterolateral portion is the weakest, therefore making it the most common site for rupture or herniation. 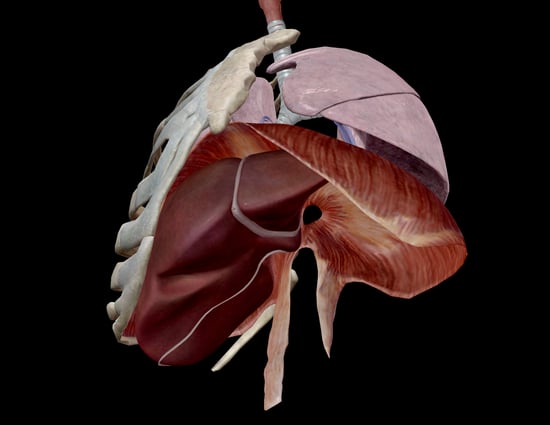 Generally, supportive care is the main treatment. If the diagnosis of diaphragmatic rupture is confirmed, surgery is indicated. If a hernia is present, insertion of a nasogastric or orogastric tube (which carries food and medicine to the stomach from either the nose or mouth, respectfully) can help decrease the amount of bowel gas and limit the size of the hernia, secondary to decreasing the ileus (lack of intestinal movement) and reducing the obstruction. Traumatic hernias often require surgery because any defect will not heal on its own. Complications such as diaphragm paralysis (which is common) may occur in up to 64% of patients with blunt diaphragmatic injuries.

Esophageal rupture is the most rapidly fatal esophageal injury. The mortality rate is 18% and increases significantly with a delayed or missed diagnosis. Most injuries are caused by penetrating trauma to the cervical esophagus as opposed to the thoracic esophagus.

Blunt trauma to the esophagus is rare but lethal. It's usually caused by an extremely forceful injection of gastric contents into the esophagus from a severe blow to the upper abdomen, creating a linear tear in the lower esophagus. This allows leakage directly into the mediastinum since the esophagus has no serosal covering. Then, contaminated material is pulled up into the pleural space by negative intrathoracic pressure leading to subcutaneous or mediastinal emphysema (trapped air), pleural effusion (fluid build-up between the pleura: membranes lining the lungs and thoracic cavity), retroesophageal air, and unexplained fever within 24 hours. So yeah, delayed diagnosis = imminent death. 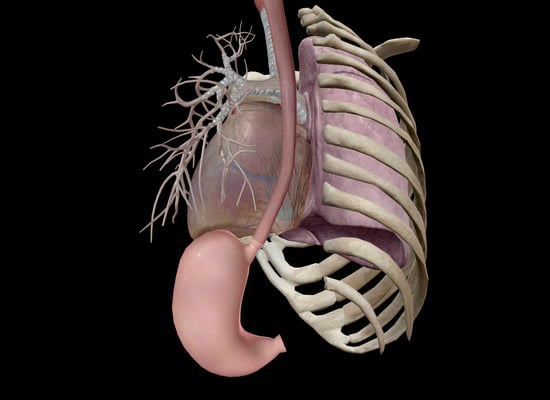 General treatment includes cessation of all oral intake, placement of a nasogastric tube, and antibiotic therapy. IV fluid replacement and medication are necessities, as well as continuous monitoring for peritonitis and respiratory insufficiency. If the patient has a pneumothorax or hydrothorax (fluid in the pleural space), a chest tube would be placed.

A pulmonary contusion is basically a bruised lung. It's caused by hemorrhage into lung tissue, usually underneath a flail segment or fractured ribs. Diffuse hemorrhage follows the blunt trauma as well as interstitial and alveolar edema. This causes gas exchange impairment. This is a very common injury and the major cause of hypoxemia after blunt trauma. The resulting respiratory failure develops over time rather than immediately.

Pulmonary contusions are usually the result of a high velocity deceleration injury, like hitting the steering wheel. The initial force of the injury causes the tissues to rupture and then as the tissue "springs back," additional damage occurs. Kind of like a coup-contrecoup injury (a coup injury occurs at the site of impact, while the contrecoup injury occurs on the side opposite the area that was hit; most often in the brain).

For a mild contusion, the treatment includes oxygen therapy, pulmonary hygiene, and adequate pain relief. When the injury is severe, mechanical ventilation may be necessary. The greater the degree of contusion, the greater the degree of ventilatory impairment. Makes sense. For those lucky patients that don't need ventilatory support, their management revolves around maintaining an oxygen partial pressure of greater than 60 on 50% oxygen, a respiratory rate lower than 24 breaths per minute, a spontaneous tidal volume of greater than 5mL/kg, and a vital capacity greater than 10mL/kg.

What Have We Learned?

I would say first off: wear your seatbelt. If those drivers ed videos of unbelted human projectiles didn't scare you into buckling up, hopefully this article did.

Chest injuries are often life-threatening either all by their lonesome or in conjunction with other system injuries.

Of the survivors who reach the hospital, a striking proportion die after admission as a result of misassessment or delay in treatment. These deaths can occur early on as a consequence of shock, or later as a result of ARDS (acute respiratory distress syndrome) and sepsis.

Injuries to the chest wall and thoracic viscera can directly impair oxygenation, leading to both hypoxia and hypoxemia which may cause secondary injury, especially to the brain.

Most injuries can be simply and promptly treated after identification by inserting a needle or tube for drainage; only occasionally is fancy surgery required.

Lastly, some motor vehicle accidents can't be avoided but definitely watching your speed wouldn't hurt. You only have one life, don't waste it and end up as a medical case study.

Just curious of where Madison is taking an online EMT course? Please advise.

I am teaching neurologist student 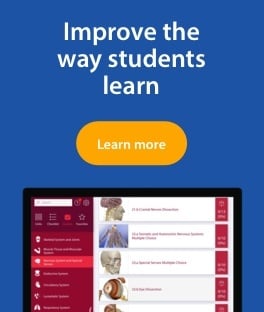