Study Smarter with These Three Strategies

The fall semester is coming to a close, and students around the world are getting ready to do battle with their most formidable foe: finals. Visible Body is here to help with study tips that don’t just sound like good ideas—they’re backed up by science.

A survey of 679 health professions students found that the majority do not study in ways that are backed up by evidence. For example, students tend to study for whatever test is the soonest instead of prioritizing, and many of them study by rereading their notes.

Contrary to popular belief, rereading, highlighting, and rote memorization are not the most effective study strategies. In order to retain the information you need to succeed, you need to actively engage in the material.

In this blog post, I’ll walk you through three strategies to engage your brain, show you the research behind them, and give you some ideas on how to get started.

When it comes to studying, information retrieval is where it’s at. Rather than reviewing notes or rereading chapters from a textbook, actively test (aka retrieve) your knowledge. Testing yourself will make sure that you are not just passively reviewing information, you’re actually retaining it.

Also called the “testing effect,” retrieval has long been established as an effective learning tool.

Here’s how to take practice quizzes in Anatomy & Physiology!

We know it works, but the question is how well.

A study of 720 neuroanatomy students found that students who studied with retrieval-based methods performed better than their traditional-studying peers after four weeks while retaining more information.

A 2014 study looked at students in an anatomy and physiology course at Georgia Southern University. Students were broken up into three groups.

Guess which group had the highest retention? You guessed it: the self-testers.

But why does retrieval practice work better?

The authors of Make It Stick: The Science of Successful Learning point out that rereading makes you familiar with the content, but it might give you the false impression that you know all the material. When you test yourself, you can ensure that you’re focusing on the information and not what you think you know.

Retrieval practice can also help you remember information even when things get tough.

When it comes to studying, stress can really throw you off. All students know that frantic feeling of being too stressed to focus properly. According to a 2015 survey by the American College Health Association, 30% of college students say their academic performance is negatively affected by stress.

Researchers at Tufts University asked 120 students to learn a series of words and images. One group of students were asked to use retrieval practice while another group were asked to use rote memorization. Half of each group was then put under stress: they were asked to give an impromptu speech and solve math problems (aka my worst nightmare).

The retrieval strategy group outperformed their traditional counterparts, especially among the stressed-out groups.

The easiest way to do retrieval practice is to make flashcards, either digitally or with index cards.

In addition to flashcards, Human Anatomy Atlas and Anatomy & Physiology also feature quizzes so you can test your knowledge.

Want to bring your self-testing to the next level? Space it out! A 2017 study in Anatomical Sciences Education found that the combination of retrieval plus spacing out studying was more effective than just spacing out study sessions or doing retrieval study on its own.

Map Out Your Mind

Try shaking things up by taking notes using the mind map technique. When you make a mind map, you literally draw the connections between ideas, visually representing the way your mind processes information. Grab some colorful markers (or pull up your favorite whiteboard program like Miro or Google Jamboard), and let’s get creative. 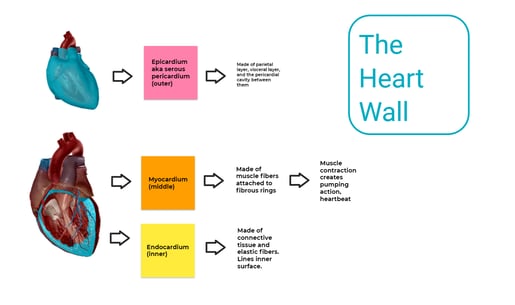 A simple mind map created in Jamboard with images from Human Anatomy Atlas.

Students who study using this method have been found to perform better. For example, a study published last year looked at 74 physician assistant students: one group took notes in a traditional way and the other created mind maps. After nine weeks of studying, students in the mind map group scored significantly higher when it came to critical thinking skills.

“Mind maps encourage a deeper level of processing than that obtained with the other conventional study techniques,” the authors wrote.

In 2014, researchers at the Pondicherry Institute of Medical Sciences ran a similar study with undergraduate students. In their initial test, the mind map students only scored slightly higher than the others, but when they were retested a week later, they scored substantially higher than their peers. This indicates that mind mapping can help you hang on to information for longer.

Try taking this semester’s lecture notes and converting them into mind maps. What connections can you make between lectures?

Are you running out of space in your notebook? Index cards, yarn, and sticky tack are an easy way to turn your wall into one big mind map.

Studying can be a lonely thing as you sit huddled over your desk or holed up in a remote corner of the library with your coffee and your highlighter. However, studying in a group can be a great way to break up the monotony, and explaining concepts to others is a solid study method.

Preparing to teach can help you retain information. A study from Washington University in St. Louis asked students to study passages of text. One group was told they would take a test on the material, and the other group was told they would teach the information to another person. Students who read the passage with teaching in mind had a better grasp on the content and organization of the passage than students who had prepared for a test. The teacher-students were also more engaged in learning overall.

“When teachers prepare to teach, they tend to seek out key points and organize information into a coherent structure. Our results suggest that students also turn to these types of effective learning strategies when they expect to teach,” said Dr. John Nestojko, the paper’s first author.

Collaboration has been a very important part of education, and we know it can be a powerful tool for learning. 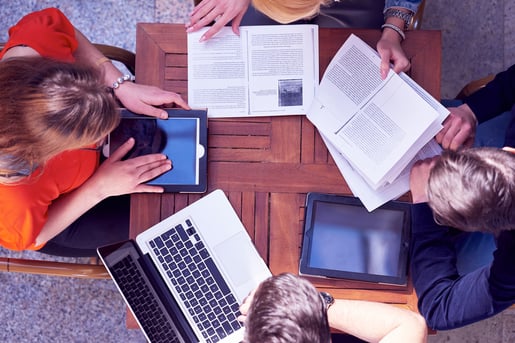 Dr. R. Keith Sawyer is the Morgan Distinguished Professor of Educational Innovations at University of North Carolina, Chapel Hill. He studies group dynamics and how they relate to learning and creativity. In 2004, he analyzed a group of students studying together.

He noticed that the breakthrough moments occurred when students looked up from their notes. They would look up to paraphrase the information to each other, putting the content in their own words. Dr. Sawyer pointed out that being able to put information into you own words is a sign of mastery.

Take some inspiration from the PowerPoint party trend and get social! Grab a group of classmates and take turns teaching the concepts to each other.

The best way to study isn’t by going over your notes over and over again. Challenge yourself to engage with the material on a deeper level! Some ways you can do this are...

Remember to switch up your studying and get engaged! We here at Visible Body wish you the best as you navigate the stress and chaos of finals.