Learning about how the senses work is part and parcel of any A&P course’s nervous system unit. But there’s more to the senses than meets the eye (ha). Sometimes they interact with each other, and with our brains, in interesting and unexpected ways, yielding unique sensory experiences.

Two of the most interesting categories of these sensory experiences are ASMR (autonomous sensory meridian response) and synesthesia. They’re not only popular in the media—they also provide exciting research possibilities! So let’s talk about what makes ASMR and synesthesia so mysterious and awesome, and what scientists are doing to make sense of them.

This week, we’ll focus on ASMR.

At this point, ASMR videos have become their very own bonafide YouTube genre. Why are they so popular? Maybe it’s because the sensation of ASMR is reportedly quite pleasant and relaxing. Many people describe ASMR as “pleasant tingles” on their scalp or along their spine in response to auditory and/or tactile stimuli, such as whispers and gentle touch. Some even refer to the sensation as “brain tingles.”

Most of the time, videos that are said to induce ASMR involve simulations of close personal attention, such as someone whispering in the viewer’s ear. Lots of YouTubers have made videos that include whispering, wrapping presents, and turning the pages of a magazine (to name a few), as well as acting out scenarios like giving the viewer/listener a haircut or an eye exam.

Scientists are just starting to investigate ASMR as a biological phenomenon—the first peer-reviewed study on ASMR was published only a few years ago, in 2015. There are still many unanswered questions—for instance, why do some people experience ASMR while others don’t? And what’s actually happening in the brain when people experience ASMR’s trademark tingles?

The brain during ASMR

Recent studies have been chipping away at these questions by using imaging to examine brain activity during an ASMR experience. They’ve also been looking at how the brains of people who experience ASMR might differ from those of people who don’t.

Let’s start with brain activity during an ASMR experience. Using fMRI, researchers in this 2018 Bioimpacts study scanned the brains of ASMR-sensitive individuals while they watched ASMR videos. The participants indicated when they felt ASMR tingles, relaxation, or just normal (baseline) by pressing buttons while in the scanner.

The researchers were interested in several regions of the brain that previous studies showed were associated with musical frisson (chills felt when listening to music) as well as “self-relevant thought, empathy, mirror neuron activation, and somatosensory activation.”

Scans revealed increased activation in many of these areas during periods of reported tingling:

The activation of mirror neurons was not significant. 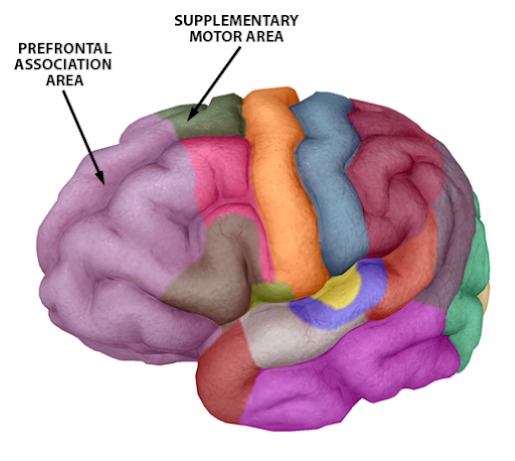 From these results, the researchers drew a number of interesting conclusions. The first was that ASMR is most likely connected to affiliative behaviors— that is, positive social bonding experiences such as care-giving, care-receiving, and grooming. It’s probably not a coincidence that many ASMR videos role-play these behaviors.

The brains of ASMR-experiencers

So, is there anything different about the brains of people who experience ASMR? It’s certainly possible.

This 2016 study, published in Social Neuroscience, suggests that the default mode network (DMN) of ASMR-sensitive individuals shows slightly different connectivity patterns than that of those who don’t experience ASMR.

The DMN is a network of brain regions that communicate with one another when the brain isn’t focused on a particular task. Its activity represents one of several “resting states” of the brain—because even when it’s not actively engaged in interacting with the outside world, the brain is still a happenin’ place. It’s like the New York City of organs.

The regions of the brain that make up the DMN are the mPFC, medial temporal gyri, inferior parietal cortices, precuneus, and posterior cingulate gyrus. Previous studies have indicated that DMN activity is linked to self-relevant thoughts as well as “emotion perception, empathy, theory of mind, and morality.”

For this study, the researchers had the ASMR-sensitive individuals (and an equal number of control participants) undergo a 7 minute MRI scan, during which they were instructed to close their eyes but stay awake.

When compared to the controls, the brains of the ASMR-sensitive individuals showed less functional connectivity between the following brain regions:

On this basis, the researchers suggested that ASMR-experiencing individuals might not inhibit sensory-emotional experiences to the same extent as people who don’t experience ASMR. They also mention that the decreased connectivity they found in the thalamus could play some role in atypical sensory experiences. 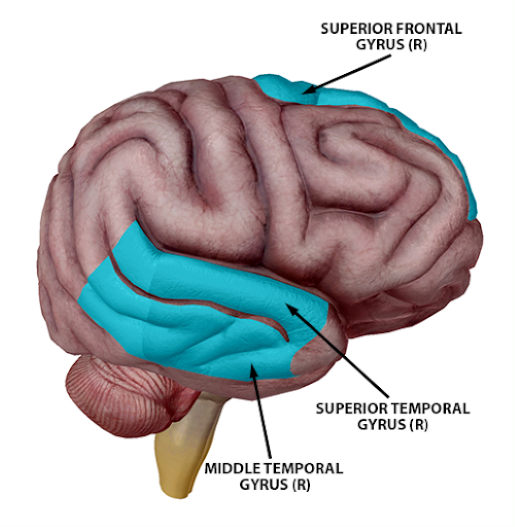 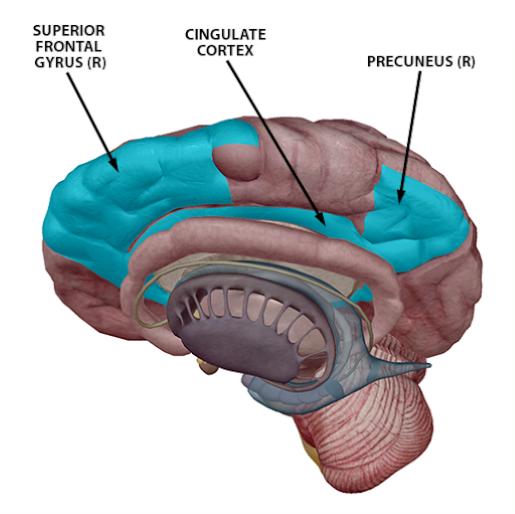 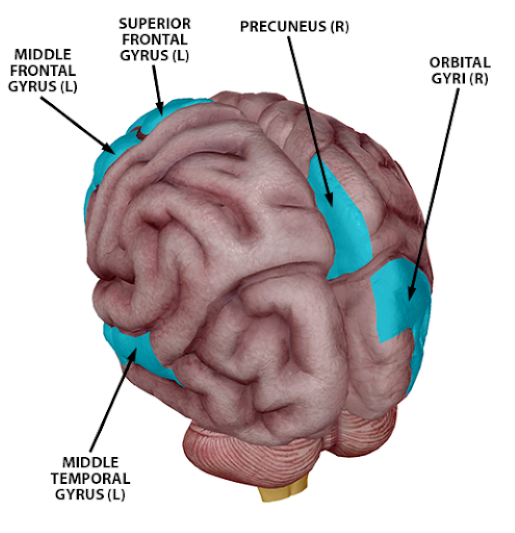 The basic take-home message from this study is that it looks like people who experience ASMR have slightly different connectivity patterns in their DMN. Though ASMR-experiencers’ DMNs showed less functional connectivity overall, they did show greater connectivity between particular regions in the occipital, frontal, and temporal cortices.

When taken together, these recent studies show that ASMR is a really interesting avenue for neuroscience research—there’s still a lot to learn about why ASMR occurs and the biological processes responsible for those “brain tingles”. I’m excited to see what scientists discover about it in the future!

In the next installment of Sensory Mysteries, we’ll talk about synesthesia. Though it’s a phenomenon distinct from ASMR, it does share a few characteristics. In fact, it’s possible that ASMR and synesthesia are related, as there is overlap between the populations who experience ASMR and synesthesia. Stay tuned for more fun with the senses!