Organophosphates, Hydrocarbons, and Corrosives, Oh My!: The Pathophysiology of Agricultural and Industrial Poisons

If you're like me then when you first hear the term "poison" you picture a little eerie flask with a skull and crossbones on the label. 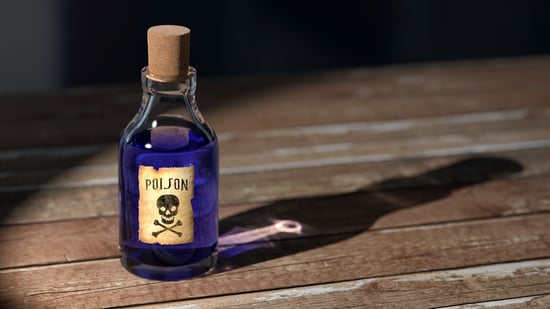 Image by Pixabay from Pexels.

In actuality, a poison is just any substance whose chemical action can damage body structures or impair body function. The word poison is derived from the Latin word potionem meaning "a drink," but not all poisons are ingested (swallowed). They can also enter the body via inhalation, percutaneously (through the skin), or intravenously (by IV injection).

When it comes to poisons, there are four main groups: agricultural and industrial chemicals, drugs and health care products, biological poisons, and radiation. That's a LOT to cover in one blog post, so today we're just going to zero in on the first group.

Alright, first up are our agricultural poisons; these include insecticides, herbicides, and rodenticides.

Both organophosphates and carbamates act by inhibiting acetylcholinesterase, the enzyme responsible for breaking down acetylcholine. Acetylcholine is the neurotransmitter famous for its work at the neuromuscular junction. Basically, it's the chemical that motor neurons release to activate muscles. Drugs (like organophosphates and carbamates) that affect cholinergic systems can have a wide range of effects ranging anywhere from paralysis to muscle convulsions.

Some examples of organophosphates are malathion and parathion, while examples of carbamates include carbaryl and carbofuran.

Let's review some basic organic chemistry. A hydrocarbon is a long chain of carbons and hydrogens (pretty self-explanatory). When you start substituting some chlorines in where the hydrogens should be, you get a chlorinated hydrocarbon. Voila! Depending on the length of the carbon chain, you either have an insecticide or an organic solvent. DDT (dichlorodiphenyltrichloroethane), the infamous pesticide featured in the earth-shattering exposé Silent Spring*, has a 14-carbon chain, while chloroform (trichloromethane) has just one carbon. Insecticides stimulate the central nervous system (CNS), while organic solvents depress it.

The major effects created by these insecticides are convulsions, nausea, and vomiting. The mechanism of action involves causing neurons to repeatedly fire, accounting for the repetitive body tremors. DDT has also been linked to cancer in humans.

In general, these insecticides are pretty low in toxicity. A common household group are pyrethrins. These can cause allergic contact dermatitis (skin rash due to direct contact), asthma, and mild CNS stimulation by altering the activity of the sodium ion channels. Poisons like these prolong the period of sodium conductance, increasing the length of the depolarizing action potential. Since the nerve membrane is blocked, tremors, seizures, respiratory distress, and paralysis can occur. I know it sounds scary but you have to remember that the dosage is very important. The lowest lethal oral dose is 750 mg/kg for children and 1,000 mg/kg for adults. The average adult weighs 75 kg, which would require 75,000 mg or 75 g. For those of you on the imperial system, it’s roughly 2.6 oz. 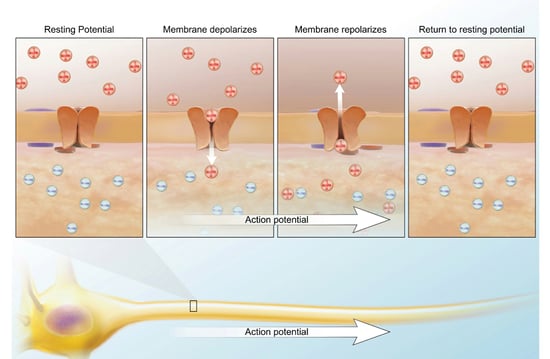 Herbicides are chemicals used to kill plants but the potential for human toxicity is pretty low. High doses of 2,4-dichlorophenoxyacetic acid (2,4-D) can produce muscular and neurological symptoms because of interference with cellular metabolism involving acetyl-coenzyme A (an enzyme in the citric acid cycle: the middle step of cellular respiration) and uncoupling of oxidative phosphorylation (inhibiting the final step of cellular respiration: ATP formation by electron transfer) due to either the disrupted coenzyme A activity or cellular membrane damage. They also create dose-dependent cell membrane damage which leads to CNS toxicity. High toxicity is considered to be up to and including 50 mg/kg while very low toxicity is characterized as greater than 5,000 mg/kg (the smaller the number, the more toxic). 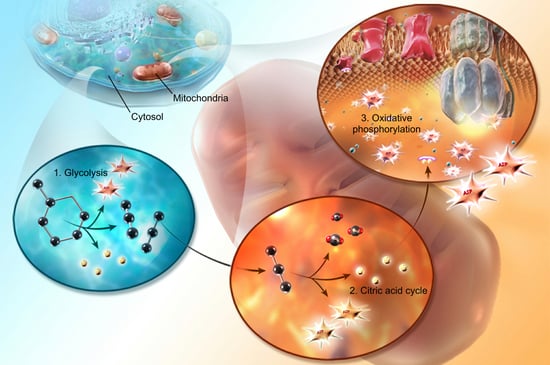 Systemically, the toxicity of a similar compound, 2,4,5-trichlorophenoxyacetic acid (2,4,5-T), is lower but more irritating than 2,4-D. Mixing 2,4-D and 2,4,5-T that has been contaminated with tetrachlorodibenzodioxin (TCDD) created Agent Orange, a defoliant (a chemical that removes leaves from trees and plants) used in the Vietnam War. TCDD is extremely toxic, carcinogenic, and teratogenic (causes birth defects) to certain animals. In humans, the major toxicity of TCDD is the production of chloracne, a skin condition characterized by acne-like blackheads, cysts, and pustules. It's believed that the toxins activate receptors that promote macrophage (a type of white blood cell) proliferation. This leads to neutrophilia (a high number of white blood cells in the blood) and general skin inflammation. 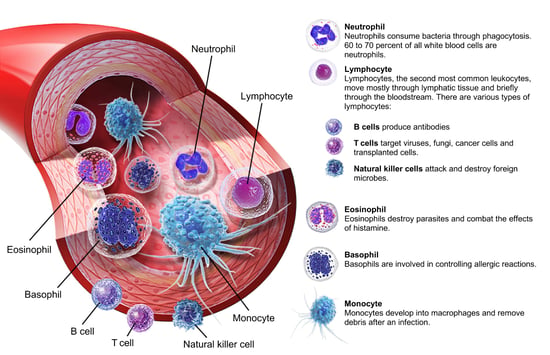 Exposure to paraquat, another herbicide, is responsible for lung fibrosis, kidney and liver damage. The primary mechanism for the pulmonary effects is through the generation of free radicals with oxidative damage to the lung tissue. Hemorrhagic proteinaceous edema fluid (fluid containing bleeding proteins) and leukocytes (white blood cells) infiltrate the alveolar space, leading to rapid fibroblast (the most common cells of connective tissue) proliferation. This causes a progressive decline in arterial oxygen and CO2 diffusion capacity. This severe impairment of gas exchange causes progressive proliferation of fibrous connective tissue within the alveoli. Death eventually occurs due to asphyxia and tissue anoxia, as the alveoli are no longer functional and oxygen can't reach the body's cells. The LD50 (lethal dose, given all at once, causing the death of 50% of a test population) is 3-5 mg/kg. Yeah, this stuff is scary.

Diquat, a similar chemical, results in severe toxic CNS effects including nervousness, irritability, restlessness, diminished reflexes, combativeness, disorientation, and inability to recognize friends or family. Neurologic issues may progress to coma, accompanied by tonic-clonic seizures, resulting in death. Diquat poisonings are much less common than paraquat so there are less reports and data. We do know that systemically absorbed diquat is not concentrated in the lung tissue, so pulmonary injury is less prominent.

The drug Warfarin (aka Coumadin) is a pretty common anticoagulant on the market today because by depleting functional Vitamin K reserves, it reduces the synthesis of active clotting factors. On the flipside, inhibition of blood clotting makes the user susceptible to internal bleeding. Capitalizing on that fact, it has become a common rodenticide.

The term "organic compound" is used to describe any chemical compound containing carbon and hydrogen bonds. A functional group is a group of atoms responsible for the characteristic reaction of a particular compound; examples include alcohols, aldehydes, ketones, amines, etc.

Depression of the central nervous system is a common effect of most hydrocarbons because they're lipid-soluble and dissolve in the membrane of neurons, disturbing their function (the exact action is unknown). This leads to drowsiness. In addition to CNS depression, many hydrocarbons sensitize the heart to epinephrine leading to non-perfusing rhythms like fibrillation (quivering). 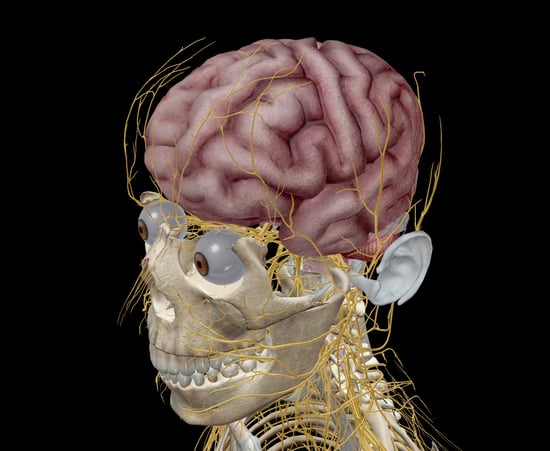 While the alcohol functional group is probably the most famous for nervous system depression, certain alcohols harbor other unique properties as well. Methanol, for example, can lead to blindness after the body metabolizes it to formate, which accumulates, leading to acidosis (an acidic pH (below 7.4) in the body). Ethylene glycol—you may be familiar with its street name: antifreeze—causes renal damage when it's metabolized into oxalate, which crystallizes inside the renal tubule. This eventually leads to both renal and cardiopulmonary failure. Isn't that cute?! There are plenty more examples I could give but this article would go on forever. 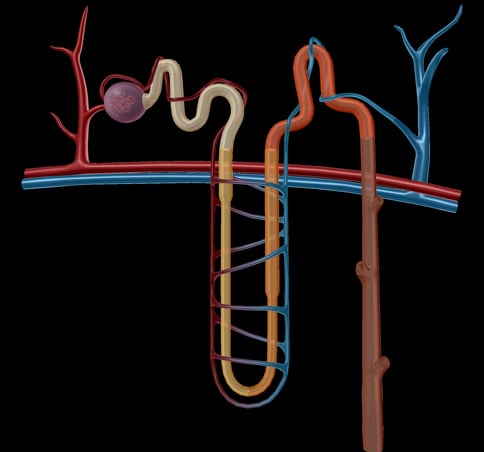 If an organic compound must contain carbon, then it makes sense that inorganic compounds wouldn't. There are so many metals that are toxic to humans: manganese, lead, cadmium, nickel, mercury, and arsenic, to name a few.

Manganese is an essential element of the human diet and serves numerous cellular functions, but chronic exposure to larger doses causes brain damage resulting in Parkinson's-like symptoms. This is because it accumulates in neurons within their mitochondria, disrupting ATP synthesis.

Now, mercury is a fun one. First, it’s important to distinguish between ethyl mercury (etHg) and methyl mercury (meHg). EtHg is widely used as a vaccine preservative and has been deemed safe in small doses regardless of multiple or repetitive exposure (even while pregnant or in infancy) by the World Health Organization, while meHg is considered to be a hazardous substance in small doses. Also, the half life (the time it takes for half of a substance to decay) of etHg is less than a week, whereas for meHg it is a little over 80 days. When talking about mercury toxicity, it is important to remember that we’re referring to meHg, NOT etHg.

In addition to brain damage resulting in behavioral changes, meHg is also toxic to both the peripheral nervous system (PNS), which causes sensory and motor symptoms, and the kidneys. Mercury ions produce these toxic effects by being able to bind to numerous functional groups (specifically, sulfhydryl, phosphoryl, carboxyl, amide, and amine groups). Proteins that have any of these groups readily available are extremely susceptible to reacting with the mercury, and once they're bound, the proteins are rendered inactive, unable to carry out their intended function.

Everybody's favorite toxic metal; drum roll please... Lead! Okay, lead's everywhere. Before World War II, it was a major constituent in paint, and it's been used in gasoline too. Similar to methyl mercury, lead is majorly neurotoxic.

In children, the blood-brain barrier (the highly selective semipermeable membrane that separates the circulating blood from the brain) has not fully developed yet so more lead is able to seep in and enter the brain. At high levels, severe brain damage and death can occur.

In adults, lead tends to cause paralysis or general weakness, indicative of PNS damage. It is believed that the lead ion targets the brain by inhibiting a receptor necessary for hippocampus-mediated learning and memory, as well as reducing calcium-dependent GABA (the chief neurotransmitter whose principal role is reducing neuron excitability throughout the nervous system) release in the hippocampus. This indicates presynaptic neuron dysfunction.

Acids (like sulfuric and hydrochloric acids) and strongly alkaline compounds (like sodium hydroxide and potassium hydroxide) are corrosive to tissues upon contact. Acids cause tissue injury by coagulation-type necrosis (removing moisture from superficial tissue proteins) while bases cause injury by liquefactive necrosis (transforming tissue into a liquid viscous mass). Gross (but also kinda cool in my opinion!).

Sulfur dioxide, ozone (yes, like the layer with the gaping hole around Antarctica, good work humans!), and nitrogen oxides all cause respiratory irritation; symptoms include violent coughing, shortness of breath, lung edema, and pneumonia. SO2 is an acidic pollutant while O3 and the nitrogen oxides are oxidizing pollutants.

Carbon monoxide, an asphyxiating pollutant, is especially infamous for its ability to bind to hemoglobin stronger than oxygen. And, to make matters worse, once the CO is bound, the hemoglobin molecule has trouble releasing it, leading to tissue hypoxia.

If you made it this far, I applaud you. Toxicology is a subject not many find gratification in, but as someone studying Pharmaceutical Science, I eat this stuff right up.

Hopefully you garnered at least one fun tidbit you can share at the dinner table to freak out your loved ones.

* If you've never read Silent Spring, you should at the very least look it up on SparkNotes. Knowledge is power.