Endometriosis: A Common but Misunderstood Disorder

Endometriosis may be the most common disorder you’ve never heard of: if you have a uterus and you’re between the ages of 25-40, there’s a 5-10% chance you have or will develop endometriosis. It’s one of the top three causes of infertility and pelvic pain in females, and it’s been estimated that there are 176 million cases globally—but the number of cases can be hard to pin down because many go undiagnosed.

Since March is Endometriosis Awareness Month, let’s shed some light on this disorder.

Endometriosis is an inflammatory condition in which tissue that resembles the endometrium (the lining of the uterus) is found outside the uterus. Endometriosis is usually found in the pelvic area, but it can be found elsewhere, like with abdominal wall endometriosis, which usually occurs after a surgical procedure in the uterus, like a C-section. In very rare cases, endometriosis can occur in places like the lungs, spinal column, and nose. 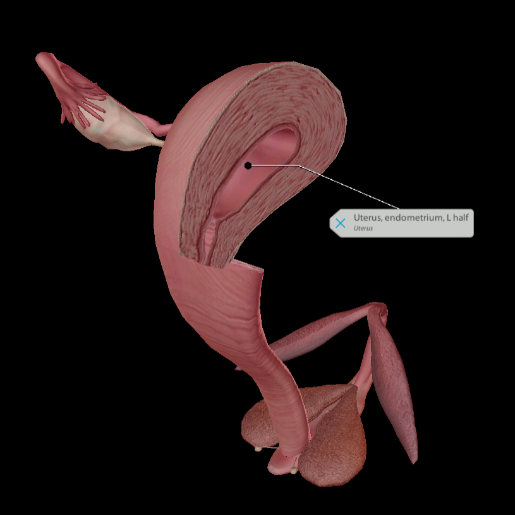 Endometriosis causes lesions and cysts to appear, the worst of which are nodules up to five millimeters in length. In addition to infertility, endometriosis can cause severe pain cyclically and during and after sex.

The leading theory is that endometriosis is caused by retrograde menstruation, where menstrual flow moves in the wrong direction. During retrograde menstruation, debris (including endometrial cells) moves back through the uterine tubes and into the pelvic cavity. It’s thought that endometriosis is caused when endometrial cells stick to these other surfaces, grow in number, and develop their own blood supply.

This theory is supported because those who menstruate more and for a longer period of time are more likely to have endometriosis. Plus, lesions usually occur on the left side, which is consistent with the clockwise peritoneal flow.

However, retrograde menstruation is extremely common, occurring to some degree in more than 90% of menstruating people with patent (open) uterine tubes, so why does endometriosis only develop in some people? Researchers are still trying to determine this.

Some common symptoms of endometriosis include: 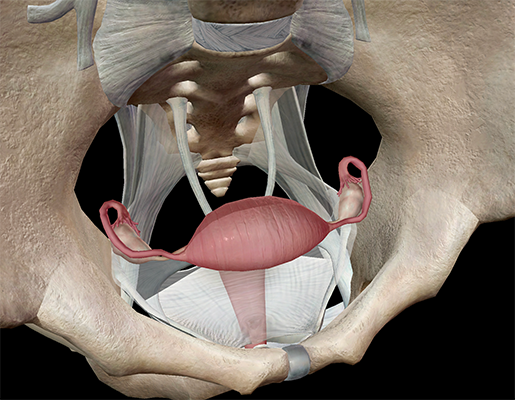 Many of these symptoms overlap other conditions, like with adenomyosis, a condition where the endometrium grows into the outer muscular walls of the uterus, causing the uterus to enlarge. You can have both adenomyosis and endometriosis.

One third to a half of endometriosis patients experience fertility problems, but it’s not entirely clear why. It’s thought that, on the mechanical level, pelvic endometriosis could alter anatomy and prevent oocytes from being picked up by the uterine tubes.

Endometriosis can have a huge effect on people’s lives. Not only do people with endometriosis experience pain and fatigue, but that pain and fatigue constantly interrupts their lives. They can miss out on events, school, and work, and they might not be as productive as they’d like—or need—to be, not to mention the emotional toll of infertility.

Some risk factors associated with endometriosis include:

There are no biomarkers to test for, and laparoscopic visualization is the standard for diagnosis. Laparoscopy can determine the location, size, and extent of the growths.

Ultrasounds can rule out or identify endometrioma, which can be an indicator of deep endometriosis. Endometrioma is when blood is embedded in ovarian tissue and surrounded by a fibrous cyst. MRI can also detect deep endometriosis, but since it’s costly, it isn’t the first imaging technique used. Ultrasound detection is highly dependent on the skill of the operator, so it’s not as reliable.

There is a four-stage classification system that uses a point system to describe the endometriosis lesions.

Frustratingly, the stage system isn’t always a useful tool. It doesn’t describe how severe the symptoms are—you can have stage IV endometriosis and be asymptomatic—and the system doesn’t acknowledge endometriosis outside of the pelvic area. It can also be misleading because endometriosis does not advance through the stages like cancer does.

Patients note that clinicians don’t always consider endometriosis as a possibility, or that health professionals underestimate the importance of symptoms. Some don’t seek medical care because they believe their pelvic pain is “normal.” All this can result in delayed diagnosis. In the United Kingdom, for example, it takes an average of 7.5 years to receive diagnosis.

There is no known cure for endometriosis, so treatment centers around managing symptoms and treating infertility. Management of endometriosis is a long-term endeavor, and treatment will depend on each patient’s age, symptoms, and desire for fertility.

A common treatment for endometriosis is a combined oral contraceptive pill (COCP), which blocks ovulation and reduces estrogen levels. This can reduce pain.

Surgery can remove endometriotic tissue. This is usually effective, but the pain can come back after surgery. Most people prefer conservative surgery—surgery that doesn’t remove the ovaries and the uterus—because they’d like to conceive.

Peritoneal endometriosis (endometriosis in the tissue that lines the abdominal wall and pelvic cavity) and endometrioma can be removed safely, and their removal enhances fertility and decreases pain. However, things get trickier when trying to remove deep endometriosis. For many, a hysterectomy is the best shot for eliminating pain.

There’s a lot we don’t know about endometriosis, and research is ongoing. Let’s briefly highlight a couple of studies that came out earlier this year.

In a French study published in February 2022, researchers came to a conclusion that departed from previous research. In a study of 1351 participants, they found that endometriosis and risk of preterm delivery are not correlated. As critics have pointed out, however, many different factors can lead to premature birth, and this complexity wasn’t reflected in the study’s design, so it’s possible that endometriosis can influence one or more causes of premature birth but not others.

Research published in January 2022 in JAMA looked at data from 1989-2015 from questionnaires from the Nurses’ Health Study II cohort, which followed participants until they began menopause, turned 45, had a hysterectomy or oophorectomy, were diagnosed with cancer, died, or stopped responding to the survey. 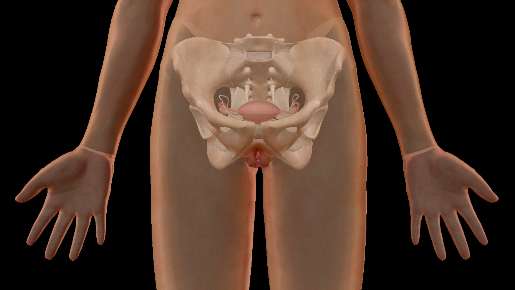 Researchers examined the responses of 106,633 premenopausal women, and analysis found that women with confirmed endometriosis had a 50% greater risk of early menopause.

However, the Nurses’ Health study consisted of 95% non-Hispanic white people and doesn’t represent the diversity of the US or world population. The researchers note that more research should be done before we can come to firm conclusions on the relationship between early menopause and endometriosis.

Even though it affects a significant number worldwide, we don’t know a ton about endometriosis. Unlike other long-term conditions like diabetes, endometriosis has been largely ignored in policy and research funding and is not considered a public health priority.

We need more research and awareness so that people suffering from endometriosis can get the help they need!