The hippocampus helps the cerebral cortex to form long-term memories in a process called memory consolidation.

What is your earliest memory?

Mine is the sound of my older brother Steve muttering, "I don't know why you're laughing, we're going to get in trouble," and the rush of sand as he helped me pour a bucketful over my head. We were at my Yiayia's house in her sun-soaked backyard, sitting in the little turtle sandbox that was missing an eye (courtesy of my cousin Billy, I would learn years later while going through pictures). The bed of wildflowers nearby kept catching on Steve's shirt and smelled earthy-sweet. While the adults lounged about on the back deck, toasting my mother for keeping her too-curious child alive long enough to see a second birthday, Steve helplessly held the now empty yellow bucket in his hand while I cackled triumphantly to myself.

Sometimes when I'm lounging in my Yiayia's backyard (now hanging with the adults), I'll smell the wildflowers and bam. Suddenly I'm two years old again with sand in my hair and so very proud of the fact.

Long-term memory is still a mystery in a lot of ways, but we do know that the limbic system has a hand in processing and consolidating it. That's not all the limbic system does, however, and we're going to take a look at the role three of its major components play in the brain.

A Functional Classification:
The Limbic System Is, Well, a System

When one speaks aloud about the limbic system, it sounds as though they consider it to be a single structure. That's simply not true. While there’s some debate in the scientific community about which structures are part of the limbic system, there's a unanimous agreement about three of them: the amygdala, hippocampus, and cingulate gyrus. In addition, there’s also the dentate gyrus, parahippocampal gyrus, fornix, and other nuclei and septa.

While the sensory cortex, motor cortex, and association areas of the cerebral cortex allow you to perform certain tasks, the limbic system makes you want to do those tasks. It's your very own internal motivational speaker!

Amygdala: The (Not Actually) Missing Link

Amygdala is a fun thing to say, yes? Ah-meg-dala. It sounds like a city in Game of Thrones.

While small, the amygdala has the big job of acting as the link between a stimulus and how you react to that stimulus. By receiving processed information from the general senses (your eyes, your skin, your tongue, etc.), it’s able to mediate the proper emotional responses. For example, I'm allergic to chocolate, so smelling it invokes a response of disgust in me. For others, it would invoke a kinder response. In my friend's case, it would send her into a euphoria. 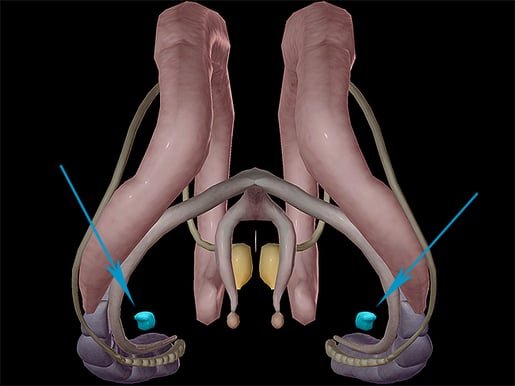 Output from the amygdala goes either to the hypothalamus or the prefrontal cortex. Output going to the hypothalamus influences visceral and somatic motor systems. Through these connections, an emotional response to something might make your hair stand on end, make your heart race, or even induce vomiting! Output going to the prefrontal cortex involves conscious responses, such as telling someone you love them or controlling your anger.

Hippocampus sounds like something straight out of myth—which it is. In Greek mythology, the hippocamp(us) was a creature with the top half of a horse and the bottom half of a long, scaly eel or fish. Chances are, there was one swimming around the Great Lake at Hogwarts.

The actual anatomical structure is named for its resemblance to the curved tail of the seahorse-like creature. The hippocampus is found in the medial temporal lobe and consists mostly of gray matter. Not very pretty for a memory-forming center, all things considered. 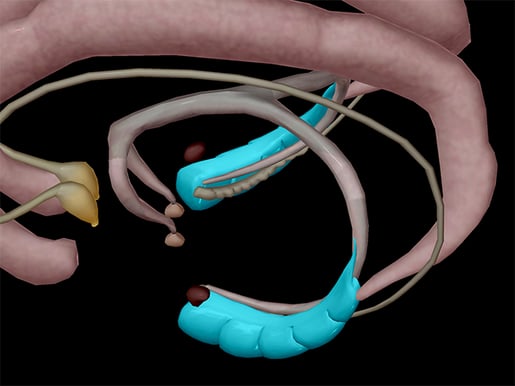 Memories aren’t stored in the hippocampus, but rather cognitive and sensory experiences are organized into a unified, long-term memory. When you experience something, like touching something hot for the very first time, the hippocampus learns the sensory input in relation to the experience and then plays the memory back repeatedly to the cerebral cortex to form a long-term memory in a process called memory consolidation. Think of it as the hippocampus' way of teaching the cerebral cortex. Memory consolidation continues until a long-term memory is formed, which will be held in one of the various areas of the cortex (different memories are housed in different areas).

I love the cingulate gyri—they look like something Professor X would wear to help him look for new mutants. While it isn't known whether they can enhance one's telepathic ability to locate others with superhuman abilities, the cingulate gyri are known for other things that are just as cool (okay, maybe not).

Ever been so excited about something that your arms flail around, or so angry that your hands clench into fists? The cingulate gyrus, a large arch-shaped structure, plays a role in expressing emotions through gestures. 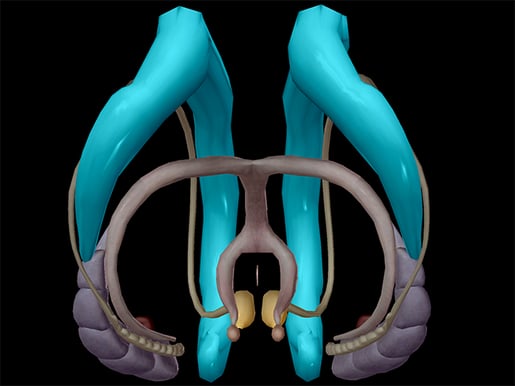 A gyrus is a convolution, or fold, in the brain that acts to increase surface area, which in turn increases the number of neurons, as well as gray matter. There are many gyri that interact with the limbic system and the brain as a whole. The precentral gyrus (posteriormost gyrus of the frontal lobe) contains the primary motor cortex and controls the precise movements of skeletal muscles. The postcentral gyrus (anteriormost gyrus of the parietal lobe) contains the primary somatosensory cortex and is responsible for spatial discrimination (recognizing the part of your body that’s being stimulated).

Want to learn even more about the limbic system? Check out our Limbic System eBook!