The uterus is where a fertilized egg develops into an embryo and then a fetus. 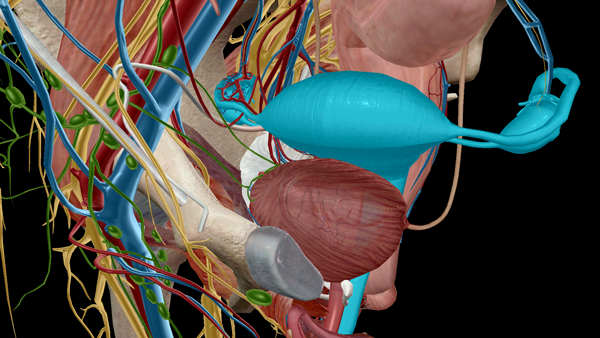 Ah, the uterus, nature's Rubix cube. You're probably laughing to yourself, saying, "It's not some great mystery—I know enough about this to get by." Do you? Do you really? I'm not asking to be mean. It may come as a surprise, but most people don't know much about reproductive anatomy—even their own!

This is the first of two posts exploring the internal reproductive systems. Let's take a look at the female system first.

Once upon a time when I had sex ed in the 7th grade (for, like, one day), my health teacher tried to describe the internal reproductive system to us. He told us to picture a kung-fu crane stance, with the uterus as the kung-fu master and the fallopian tubes as his arms (like this). Ridiculous as that sounds, none of us ever forgot it.

Ova (eggs) travel through the fallopian tube to the uterine cavity.

Fimbriae, or that thing you probably have never heard of

Fimbriae are interesting structures. Remember my health teacher's crane stance? Think of the fimbriae as the hands of the kung-fu master. FYI, I'm going to run this analogy into the ground.

Fingerlike in shape, the fimbriae are projections that are attached to the ovaries. Before ovulation (the release of an ovum), the fimbriae become positioned close to the ovarian follicle surface. Cilia, hairlike organelles, on the fimbriae beat in rhythmic waves, creating currents that sweep the ovum into the fallopian tube.

Ovaries, and the stuff inside them 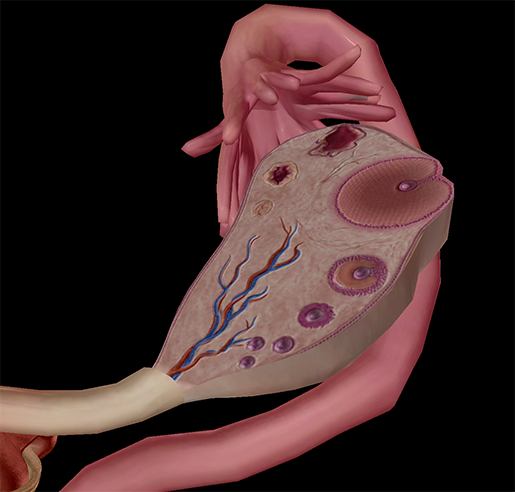 Okay, so if the fallopian tubes are the arms of the kung-fu crane stance and the fimbriae are the hands, then the ovaries are nunchucks. The ovaries are gonads (which are derived from the same set in utero), which produce gametes (ova). These gametes contribute half the genetic material needed for embryonic development (the other half comes from the male gametes).

During ovulation, an ovum is dispensed from an ovary's surface and is carried into the fallopian tube, where it proceeds to the uterus.

What is the uterus?

If I went up to you right now and asked you to say what the uterus is and does, could you? Let's try it. Without opening up Google or Wikipedia, can you give a clear, concise explanation of the uterus? "That thing where babies happen" doesn't cut it. See? It's tough to know what you're never really taught.

That's all well and good, I can hear some of you say, but what does it do? Well, when an ovum (egg) is fertilized, it embeds itself into the uterine wall and is normally retained there as it develops. Development of an embryo and then a fetus causes the uterine wall to expand in size—enormously, actually. You've seen pregnant people. You know.

After labor, the uterus shrinks down to almost its normal size (crazy, right?), although its cavity is larger and the muscular layers are more defined (because it just pushed out a baby, like a boss). 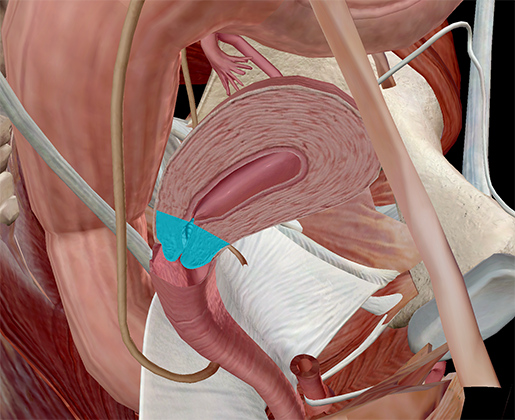 On one memorable occasion, some friends of mine and I were discussing what we knew about each other's anatomy over a plate of potato skins (I have interesting friends and conversations, sometimes), when one of my guy friends shouted triumphantly, "Hah! The cervix! It's that … that thing.…" Yes, indeed, friend. The cervix is that thing.

The cervix is actually the lowest part of the uterus, a constricted, somewhat conically shaped segment that leads to the vagina. It is the passageway for menstrual flow, entering sperm, and childbirth (it's a trifecta of hilarity and terror). It also secretes a clear alkaline mucus that changes character depending on where someone is in their menstrual cycle.

And there you have it! The basic rundown of everything you always wanted to know about the internal female reproductive system. Stay tuned for our next post, where we'll tackle the male system.

Do you have the latest web version of Human Anatomy Atlas and want to keep the learning going? Study the structures of the female reproductive system with our premade Flashcard deck! Here's how to open them in Atlas:

3. Paste the link to view the deck.