The cecum is a large pouch that is the beginning of the large intestine.

Anatomy and Physiology: The 5 Unsung Heroes of the Abdominal Cavity

Sometimes I feel like the organs within the abdominal cavity don’t get enough love. Everything north of the diaphragm seems to hog all the attention (heart, lungs, brain, etc.)—I never hear anyone waxing poetic about the pancreas.

So I want to dedicate this blog post to five of the unsung heroes below the diaphragm. Without them, we’d be nothing. 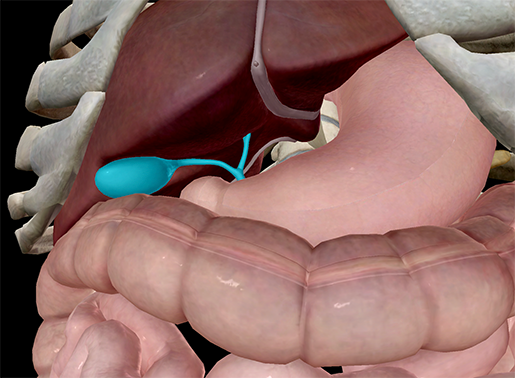 Bile is a bitter-tasting, dark-green/yellow fluid that is produced by the liver, and it’s super important! It helps the digestion of lipids in the small intestine. This fluid contains cholesterol (the good kind), bile salts, bilirubin (a breakdown product of red blood cells), water, and other things.

Bile is stored and concentrated in the gallbladder, and is then passed into the duodenum.

Relatively hidden (it sits under the liver), the gallbladder works hard to make the process of digestion run smoothly. The next time you’re eating a bag of Doritos, think about the little guy working behind the scenes to help you digest all those Cool Ranch–covered chips. 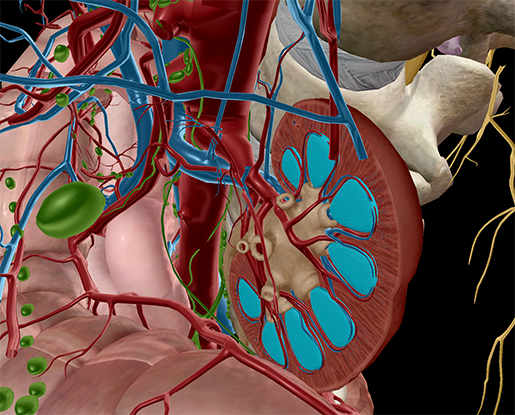 When people are serious about staying hydrated, they always seem to use the color of their urine as a gauge. What they don’t think about are the urinary system structures that create urine. No, seriously, they don’t. The next time someone proudly exclaims, “MY PEE HAS NO COLOR!”, you should tell them to thank their kidneys.

The renal pyramids are conical masses within the medulla of the kidneys. Most of the pyramids’ mass is nephrons, which filter blood and create urine. The urine created by the pyramids is funneled into the renal pelvis and then the ureters to be collected in the bladder. The normal range of urine creation is 800–2000 milliliters per day (with a normal fluid intake of about 2 liters per day).

Your renal pyramids are practically superheroes. 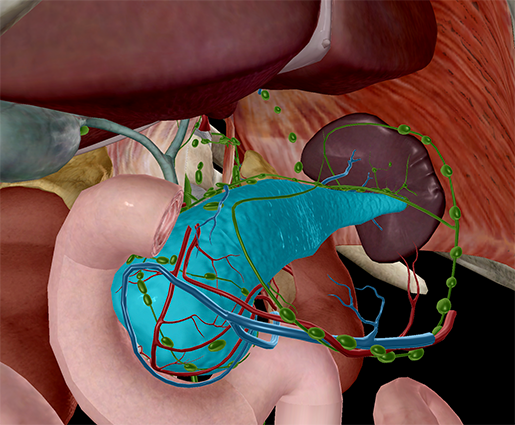 When you think about digestion, you tend to think only about the stomach (another glory hog). But without the pancreas, you wouldn’t be able to process the foods you eat, and your body would—well, what your body would do wouldn’t be pretty.

The pancreas is an exocrine gland that secretes pancreatic juice, another important digestive fluid. This fluid, made up of digestive enzymes, water, and electrolytes, is drained into the pancreatic duct. The duct converges with the common bile duct.

In addition to its digestive functions, the pancreas also has an important role in the endocrine system. The islets of Langerhans in the pancreas are responsible for some endocrine secretions, including insulin. 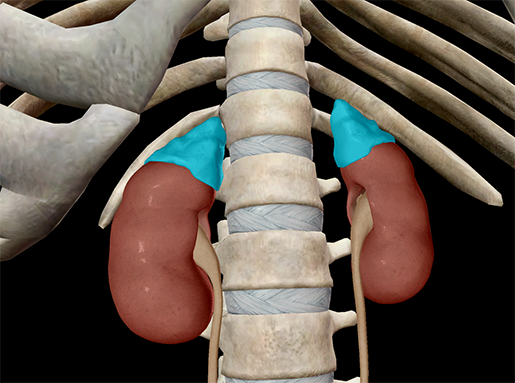 The adrenal glands are associated with the “fight or flight” reaction, but they have a much bigger role than you might think!

They are ductless glands, pyramidal in shape, that sit above the kidneys, making and releasing hormones directly into the bloodstream. There are different zones in the adrenal glands and each zone produces different hormones, including mineralcorticoids (mineral and water balance), glucocorticoids (glucose levels), and gonadcorticoids (adrenal sex hormones).

The medulla of the adrenal glands produce epinephrine (adrenaline) and norepinephrine , which also function as neurotransmitters in the nervous system. Epinephrine, when released during times of stress and excitement, floods the bloodstream, affecting heart rate, breathing rate, arousal, and pupil dilation (among others).

5. Cecum: Miss Congeniality (of the Abdomen) 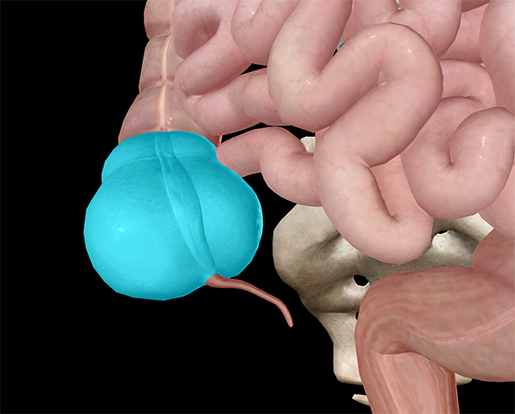 Many people aren’t aware of the cecum or its role in the digestive tract, which is a shame. I mean, the cecum is awesome—it makes your large intestine look like a giant caterpillar (with the cecum as the head).

The cecum is a large pouch that marks the first part of the large intestine. It’s responsible for the final absorption of nutrients and the compaction of liquid waste into solid waste. The ileocecal sphincter of the small intestine connects to the cecum and acts to prevent backflow of the contents in the cecum.

At the end of the cecum is the appendix. Yup, the same little structure that has landed at least one of your friends in the hospital to have it removed.

There you have it! And while you may still value the heart, brain, or lungs the most, hopefully you'll look on these five heroes and thank them every once in a while for all their hard work.