Anatomical Variations of the Circulatory System

The human body doesn’t always look like it does in textbook illustrations. The term anatomical variant refers to deviations from the norm that don’t impair functions, though some anatomical variants can cause symptoms. These are also known as normal variations.

In recent decades, the development and rise of imaging techniques has uncovered more and more variants—for most people, anatomical variations go undetected until they are uncovered by diagnostic imaging or during a post-mortem examination.

Today on the Visible Body blog, we’ll discuss some variations of the circulatory system.

Before we talk about variants of the aortic arch, let’s do a quick review of the aorta itself.

At just over an inch in diameter, the aorta is the largest artery in the body. It has three main sections: the ascending aorta, the aortic arch, and the descending aorta. 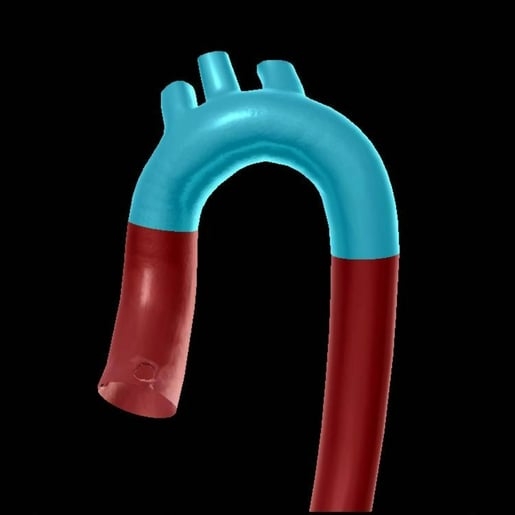 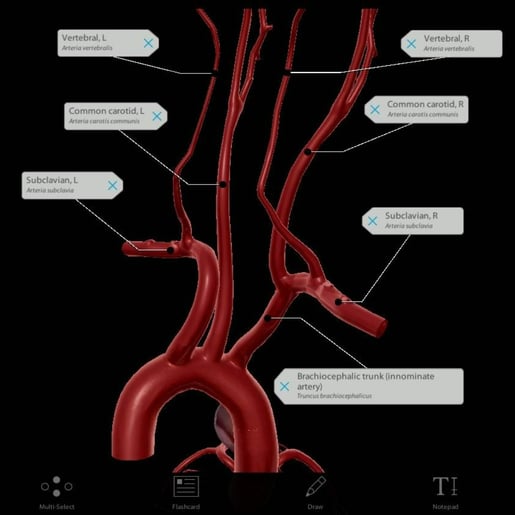 The descending aorta moves down the chest—in a candy cane comparison, this is the handle. In the abdomen, it branches into several arteries that deliver blood to most of the major organs.

Now let’s check out some variants of the aortic arch!

The bovine arch is the most common aortic arch variation, occurring in about 27% of the population. It’s more common among people of African or South American descent.

Bovine arch can be divided into two subtypes.

The most common form of bovine arch (in 20% of the population) configuration is where the left common carotid artery and brachiocephalic artery share a common trunk. This is also called a bicarotid trunk or truncus bicaroticus. 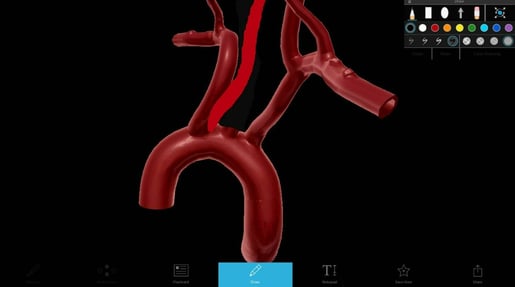 7% of the population has a configuration in which left common carotid artery branches directly from the brachiocephalic trunk.

Bovine arches are usually asymptomatic, but it’s important for physicians to be familiar with these configurations, particularly when performing surgery like carotid stenting where the shape of the arch can add an extra challenge.

Fun fact: the name bovine arch is a bit of a misnomer. Cows’ aortic arches aren’t shaped that way; their brachiocephalic trunk branches in three ways into the bilateral subclavian arteries and a bicarotid trunk.

The aberrant right subclavian artery, aka arteria lusoria, occurs in about 0.5%-2% of the population.

If the right subclavian artery presses against the esophagus, this can cause dysphagia lusoria, a swallowing impairment. Dysphagia lusoria is difficult to diagnose because symptoms are nonspecific, but most cases are mild.

The circle of Willis has an extremely important role: it supplies blood to the brain. It connects the internal carotid, vertebral, and basilar arteries to the brain, and it also provides collateral circulation between the forebrain and the hindbrain.

The circle of Willis surrounds the pituitary gland and the optic chiasm. The textbook description would say that it is made up of the anterior, middle, and posterior cerebral arteries and two communicating branches called the posterior and anterior communicating arteries. Numerous branches then supply blood to different parts of the brain.

However, only 20-25% of the population has a complete circle of Willis.

The most common variation is the absence of a posterior communicating artery, but there are many different variants. Vessels can be:

Missing posterior communicating arteries is the most common variation of the circle of Willis. GIF from Human Anatomy Atlas 2022 +.

The typical celiac trunk arises from the aorta below the aortic hiatus at the diaphragm. It branches off into three arteries: the left gastric, the common hepatic, and the splenic. Those arteries branch off further to supply the stomach, pancreas, liver, spleen, and surrounding structures with blood.

Typical trifurcation, when the arteries have a common origin, is called a true tripod. A variation called a “false tripod” occurs when one artery arises before the other two.

In about 11% of the population, the celiac trunk bifurcates instead of trifurcates. In bifurcation, the trunk splits into two arteries, one of which bifurcates again to form the third artery.

There are many different variations in branching possible—between the three arteries and all the possibilities of branching, it’s a bit of a mix-and-match situation.

The renal arteries are two lateral branches from the abdominal aorta, one for each kidney. Before entering the kidney, each of the renal arteries divides into five branches that supply different segments of the kidney. The segmental renal arteries enter the kidney through the hilum, which is also where veins, nerves, and ureters enter and exit.

There are many different variations of accessory renal arteries, and they occur bilaterally in 10-15% of cases. People can have double, triple, and even quadruple renal arteries on one or both sides.

Some examples of accessory renal arteries include:

The typical celiac trunk branches into the left gastric, common hepatic, and splenic arteries. There are many variations in this arrangement, including a false tripod (when one artery splits before the other two) and a bifurcating trunk.