A Brief Guide to Blood Donation

Someone requires platelets or a blood transfusion every two seconds in the United States, but the Red Cross, which supplies 40% of the country’s blood donations, reports that we are in the worst blood supply shortage in the past decade. Since March 2020, there has been a 10% drop in donations, causing the Red Cross to declare a blood donation crisis for the first time.

They attribute this drop to challenges due to COVID—for example, as schools and universities have shifted to online or hybrid learning, the Red Cross has seen a 62% drop in donations collected on campuses.

Today on the Visible Body blog, we’ll celebrate National Blood Donor Month and raise awareness of this lifesaving process by discussing the history of blood transfusion, how blood typing works, and what giving blood looks like.

People in the ancient world knew that blood was important but didn’t quite know why. This led to some wild beliefs about blood, including that it carried a person’s mental and physical characteristics. Without an understanding of the circulatory system, people sometimes tried to drink blood from an animal or another human instead of transfusing it. Pliny the Elder once described audience members drinking the blood of dying gladiators in an attempt to gain their strength and bravery.

Physicians studied Galen as a premier medical authority for more than 1400 years. Yikes.

However, Ibn al-Nafis was the first person to describe the pulmonary transit of blood and the capillary and coronary circulation of blood. Ibn al-Nafis was born in 1213 in Damascus. After his studies, he moved to Cairo, where he practiced medicine until his death in 1288. Over his career, he wrote over 110 volumes of medical texts and made several discoveries in the fields of anatomy and physiology. He is known as "the father of circulatory physiology."

Unfortunately for physicians and their patients, Ibn al-Nafis’s discoveries were mostly ignored, and they went unknown in the Western world for centuries. The first European to describe the circulatory system was English physician William Harvey, who published his book De Motu Cordis in 1628—four hundred years after Ibn al-Nafis.

In 1667, French physician Jean-Baptiste Denis performed the first animal-to-human blood transfusion on a fifteen-year-old boy. The boy had experienced a fever for several months, during which he had been bled twenty times. During this transfusion, the boy was bled about three ounces and then received nine ounces of blood from a lamb. The boy reported “a very great heat along his arm,” but made a full recovery.

However, none of the transfusions we’ve talked about were performed with any knowledge of blood types. Transfusing blood regardless of type caused the deaths of many, many early transfusion patients.

It wasn’t until 1901 that blood types were discovered by biologist Karl Landsteiner, who won the Nobel Prize in Physiology or Medicine in 1930 in recognition of his research. Landsteiner mixed blood samples together, noting whether or not they clumped together, and sorted them into three categories: A, B, and C. Type C blood was renamed O, and type AB was discovered two years later by Alfred von Decastello and Adriano Sturl. Landsteiner also discovered the Rh factor, aka the thing that makes your blood type positive or negative. (We’ll talk more about blood types later!) 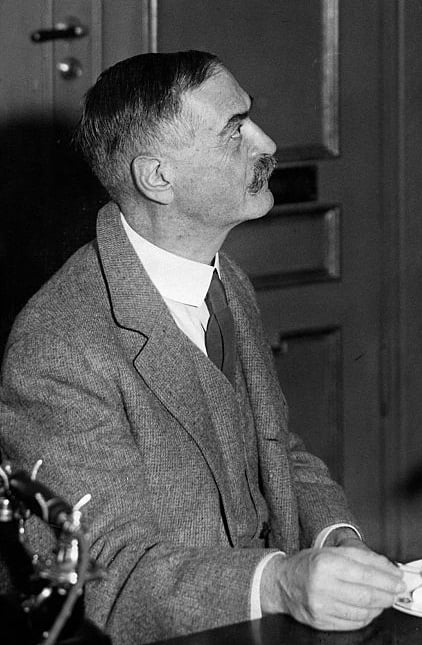 The first blood donor service was established in 1921 in London by Percy Oliver, Secretary of the Camberwell Division of the British Red Cross, who assembled a group of donors and named his service the British Red Cross Blood Transfusion Service. In the early years, the hospital would call the transfusion service, who would in turn call for an appropriate donor. That donor would arrive at the hospital and give blood directly to the patient. In 1922, the organization provided blood thirteen times, but by 1925 word had spread and hospitals called for blood over four hundred times.

Similar services soon spread throughout England, then to other European countries as well as Australia and Japan. The first blood bank was established in 1937 in Chicago, where blood was stored and refrigerated for up to ten days.

The high demand for blood transfusions in World War II spurred innovations in transfusion services. For example, Edwin Joseph Cohn developed a technique for isolating the serum albumin in plasma, which was used on the battlefield to save lives.

Just Not My Type

Landsteiner’s discovery of blood types over a hundred years ago revolutionized blood transfusion. If you receive blood that is incompatible with your blood type, you can experience an ABO incompatibility reaction. During this reaction, your antibodies react to components in the new blood. Symptoms include:

There are 34 blood group systems with over 300 known variants, but when it comes to transfusion, the most important system is the ABO system. A, B, and O refer to the type of antigens found in red blood cells.

An antigen is a molecule that can provoke an immune system response. If your immune system is exposed to new antigens through a blood transfusion, it will attack that new blood.

Type A blood has the A antigen, type B has the B antigen, and AB has both. Type O blood has neither A nor B antigens. 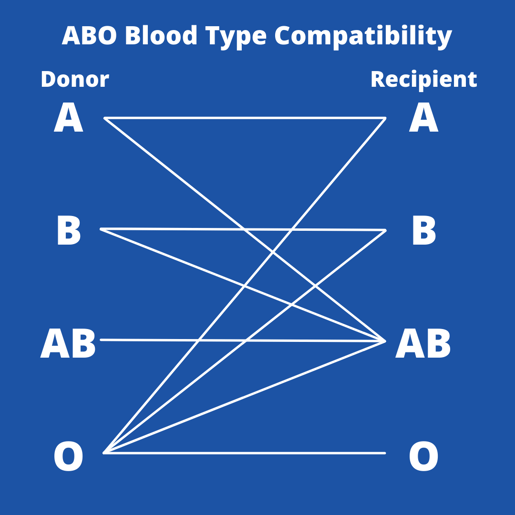 
The second most relevant factor in blood typing is the Rh factor, a protein on the surface of the red blood cell.

Rh- people will produce antibodies against Rh, so Rh- people can only receive Rh- blood while Rh+ people can receive either. Most people are Rh positive.

Rh immune responses can cause issues in pregnancy: if you are Rh- and your first baby is Rh+, your body might develop antibodies against Rh during the delivery. In a subsequent pregnancy with another Rh+ baby, those antibodies can cross the placenta and attack the baby’s red blood cells, causing anemia in the fetus.

To prevent this, Rh- patients pregnant with Rh+ babies can receive an injection of Rh immune globulin, which prevents the body from producing Rh antibodies against the baby.

Fun fact: Nonhuman animals have different antigen systems. Cats have two antigens, A and B—90% of cats are type A, some purebreds are type B, and it’s extremely rare for a cat to have type AB blood. Horses have over 30 blood groups which mix and match 8 different antigens.

Blood donations begin with a short screening to make sure you are eligible to donate blood.

You’ll then answer questions about your health history. Though donated blood goes through a thorough testing process, there are several criteria in place to ensure that the blood you donate is healthy—for example, you may not be able to donate blood if you have traveled to a malaria-risk country within the past three years. Another criterion, a holdover from the AIDS crisis which bans blood donations from gay and bisexual men, has come under criticism in recent years, particularly during this current blood donation crisis.

Whole blood is the most common type of donation. During a whole blood donation, your arm will be cleaned and a needle inserted. About one pint of blood is taken during a donation, and the process is over in 8-10 minutes.

Donated blood can be used in many situations, including:

Every year, 4.5 million Americans will need a blood transfusion. This vital process is dependent on donors like you and me. If you’re eligible, consider finding a blood drive near you!