Artificial intelligence and machine learning are making their way into medicine. These powerful computing tools, which allow for a computer to be taught to identify specific patterns and adapt as they gain more information, could be vital for the future of medicine. AI and machine learning could bring with them better, faster, and more accurate diagnoses. In fact, this has already begun, with a new FDA approved technique to screen for diabetic retinopathy.

However, with this technology comes some concern. Between data protection, the replacement of doctors, and even the fear many people have of allowing too much technology into our lives, there are many valid worries about the use of AI in medicine.

But here are 5 things we’re excited about:

Diabetic retinopathy is a condition in the eye that causes blindness. In fact, it’s the leading cause of blindness in adults. A new technology called IDx-DR was invented to automate the diagnosis of this disease.

IDx-DR takes pictures of a patient’s eyes, scans them, and determines a result based on the scan. If the software determines that a patient likely has the disease, they are referred to a specialist for further screening. If there is no sign of diabetic retinopathy, the patient is recommended for a rescreening in 12 months.

Currently, the biggest issue with diagnosing diabetic retinopathy is availability. Many people at risk for the disease (diabetics) are unable to easily schedule appointments with doctors to get screened, because screening is not currently a simple process. IDx-DR fixes this problem by both speeding up the screening process and giving doctors more time to work with patients who have positive results. 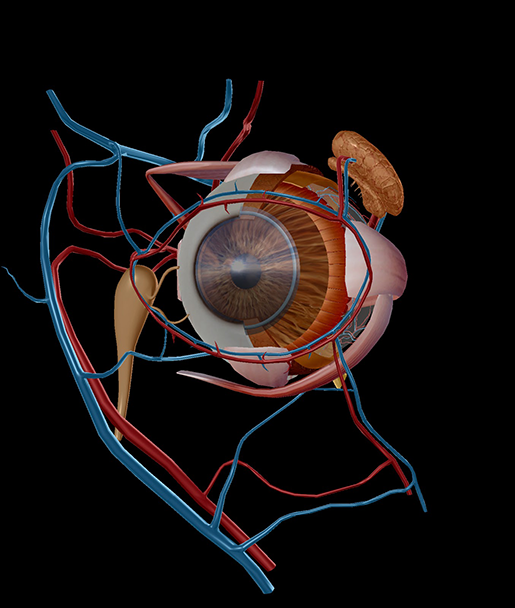 While IDx-DR is the first detection software cleared by the FDA for use commercially, there is a lot of other software being developed for medical use, mostly for disease detection.

One example is detecting polyps in the colon. When tested, it was found that an automated polyp detection system had equal results with a trained medical professional in detecting normal polyps. However, the AI was much better at finding diminutive and hyperplastic polyps, which are commonly missed by doctors, as they are much smaller and harder to spot.

Another example is diagnosing lung cancer. This could be incredibly useful in the future, because early detection of cancer is one of the best ways to save lives. The software is trained with scans of people who do and don’t have lung cancer, and through machine learning, it is able to do as well or better than radiologists, based on how many scans they are both given to diagnose.

The next is scanning for Alzheimer's Disease and MS. The AI used for this purpose is very similar to the lung cancer one, but it is not even told which images in its learning pool have the disease or not. The AI is given a single, marked scan, and trains itself to detect disease on subsequent unmarked scans.

This is barely even scratching the surface: I didn’t even mention how AI is used to detect tuberculosis or the spread of breast cancer into lymph node tissue. There are many more uses for AI and machine learning to help detect disease, and it’s only a matter of time before many of these are used everywhere. 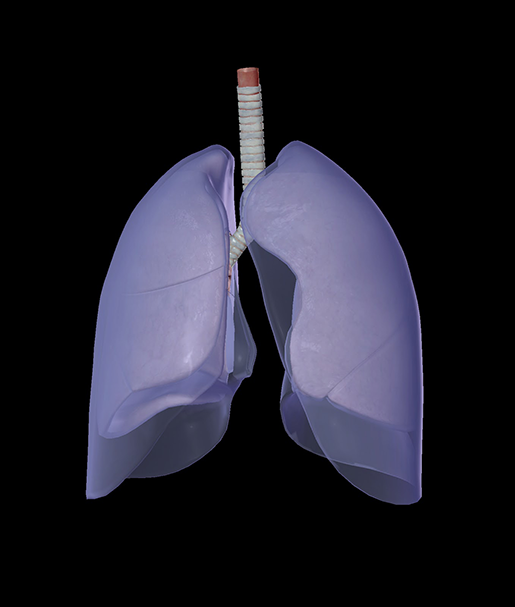 The lungs and pleurae. Image from Human Anatomy Atlas.

The new Mabu personal healthcare companion developed by Catalia Health is a cute little yellow robot designed to keep an eye on people with heart failure. Mabu serves as a tiny, robotic caretaker, doing things such as asking patients questions about how they feel and giving them reminders to take their medications.

One of the key features in making Mabu as human-like as possible is her eyes—she is able to keep eye contact with the person she is talking to. She also makes small gestures and can turn her head. The overwhelmingly positive reactions patients have to Mabu fit well with another study done at USC. Researchers found that patients are more likely to open up and be honest about their problems, both medical and not, to AI rather than to a human doctor. A combination of these two developments brings a solid future in which robots help patients feel safer and more secure.

4. AI use can free up time for doctors

As we all know, doctors are incredibly busy. The potential for AI to take over some of the more tedious parts of their jobs is definitely a step forward for improving overall care. This is especially true for radiologists, who spend a lot of their time reading images and x-rays. If there is a machine that can do this part of their job for them, radiologists can focus on things within their specialty that they are trained to do, such as spending more time coming up with treatments.

AI has improved to a point where it is more accurate than the average radiologist. This is important for many reasons, but besides the obvious, approximately 1/3 of all radiologists will be sued for malpractice at some point during their careers, likely due to a missed diagnosis. With more accuracy in detection, there is less worry about missing a life-changing diagnosis. Moreover, this adds an extra layer of security if desired. A radiologist could read an x-ray, make their decision, then have it read by a machine and see if their diagnoses line up. This technology, more than anything, gives medical specialists options to prioritize what they believe is best.

5. An exciting future (and some concerns)

While all of these technologies could be incredibly useful, there are many valid concerns with a transition into a more mechanical medical experience. One of these is a loss of human touch. There are questions to be asked about the necessity of a human in the room, helping a person as they encounter a difficult diagnosis. Studies have been done that show that human contact is incredibly important to mental health, and as the medical field moves in a more digital direction, the loss of human contact could outweigh the benefits of using AI.

On the other hand, a good integration of AI in medicine could be invaluable. If AI is used properly, doctors could have more time to do the things only human doctors can do, while AI takes care of the repetitive, tedious work. So instead of fearing that AI will replace human doctors, we should look forward to the more advanced tools doctors will have to take better care of patients and improve the healthcare system overall.