So, are there particular things these students are doing (and that future students can do) that help them to perform well in their classes and on the Step 1? Science says that there are definitely some clear associations between study habits and academic success.

A recent paper published in MedEdPublish documented the results of a survey of 206 medical students (M1s, M2s, and M3s), which explores the connections between certain studying habits and the grades of the respondents. Based on their reports of their grades over the last year, each student was placed into one of four groups:

Ultimately, the survey showed that students with all or mostly A’s attended classes, reviewed lecture materials on the same day as the lectures, devoted 3-8 hours a day to studying, and used a small number of well-established USMLE study tools. 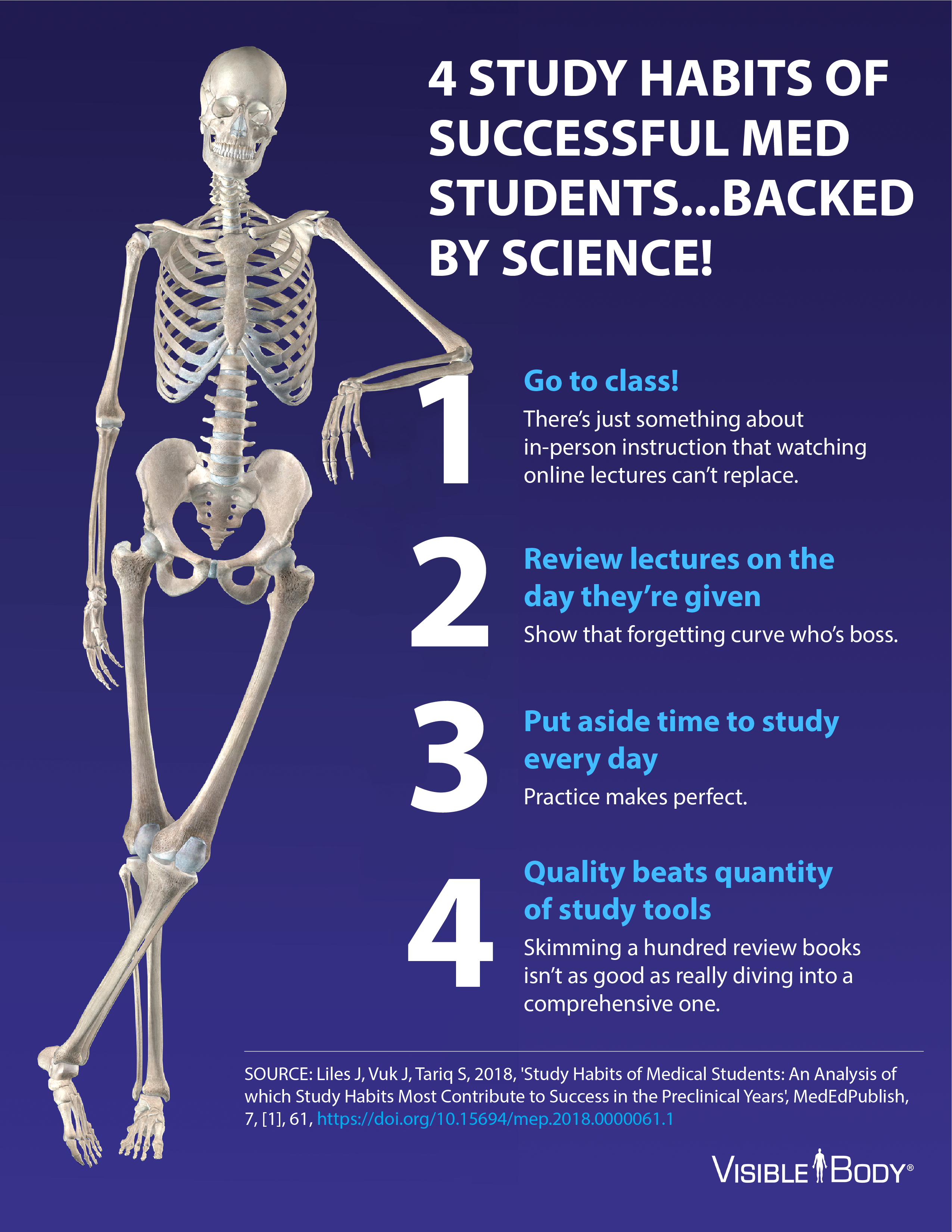 So let’s talk a little more in detail about these study habits and their connection to students’ success.

Chances are, you probably know (or knew) someone from school that complains about having to go to class (or just doesn’t attend lectures). Perhaps you’ve heard them say “I already know the material” or “I can just watch the lecture online.” 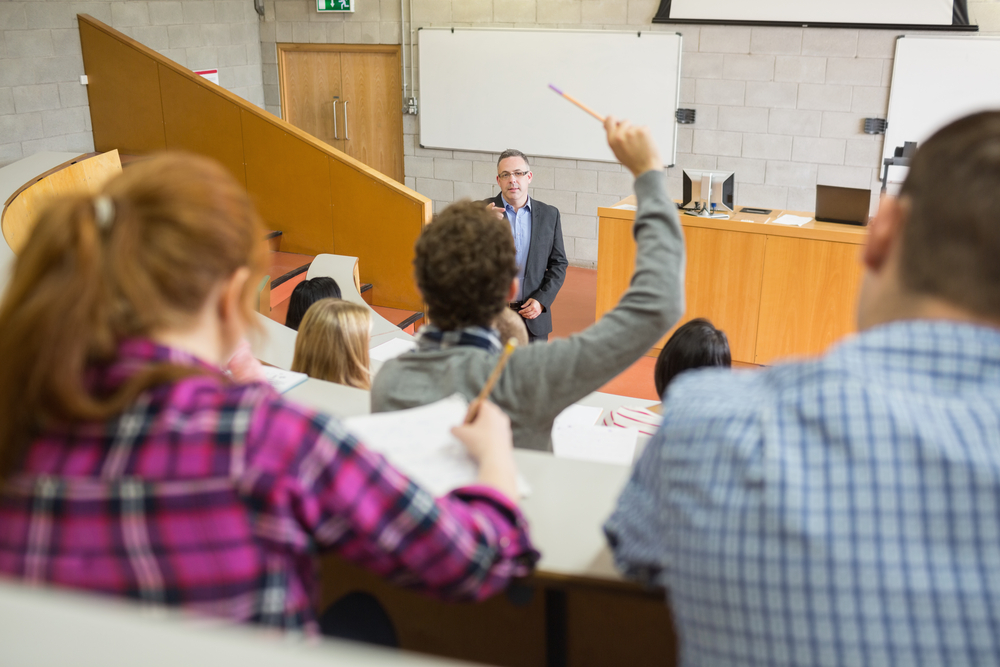 Though the study did not indicate whether class attendance was mandatory for the students who took the survey, the association here is clear: students who were more successful tended to attend lectures. Whether or not it’s mandatory, we at VB definitely support going to class!

2. Reviewing lectures the day they're given

It may seem redundant to study material that’s just been taught to you, but the results of this survey indicate that’s exactly what the A students do. The authors reported that most students who made all A’s (77%: 39 students) or mostly A’s (66%: 39 students) reviewed lectures on the same day they were given. Only 49 (56%) of the B students and two (25%) of the C students reported doing this.

Is there some reason why reviewing lecture material on the same day as the lecture might provide an advantage? The authors of this study seem to think so. They commented that their findings echo those in “a recent study that replicated Ebbinghaus’s forgetting curve, which demonstrates the value in reviewing material soon after it is given in order to maximize future ability to recall the information.” 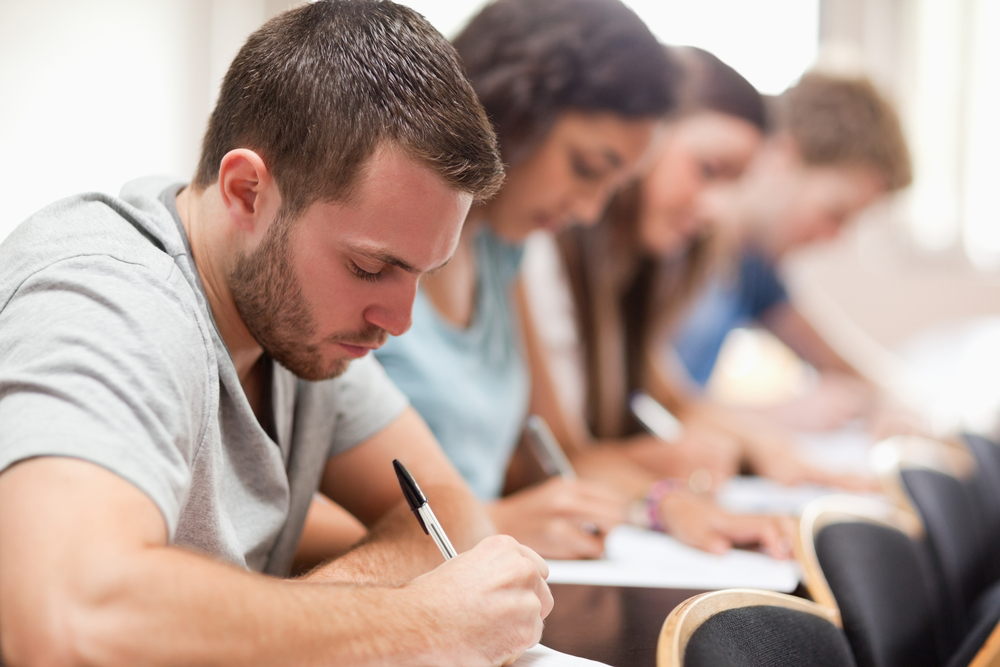 Here’s another interesting insight from the MedEdPublish study. Although A students reported reviewing lectures, they didn’t report re-watching them as often as the C students did. Most students who got all A’s or mostly A’s said they rewatched lectures between 0-2 times a week. This stands in sharp contrast to the fact that 63% (5) of the C students said they rewatched lectures more than five times a week.

3. Devoting time to studying every day

If you want to get good at something—a sport, a musical instrument, speaking a foreign language—you’ve got to devote time to practicing every day. Well, studying for med school courses and a big test like Step 1 aren’t that different—spending time studying every day is vital to succeeding. But how much time is the right amount? 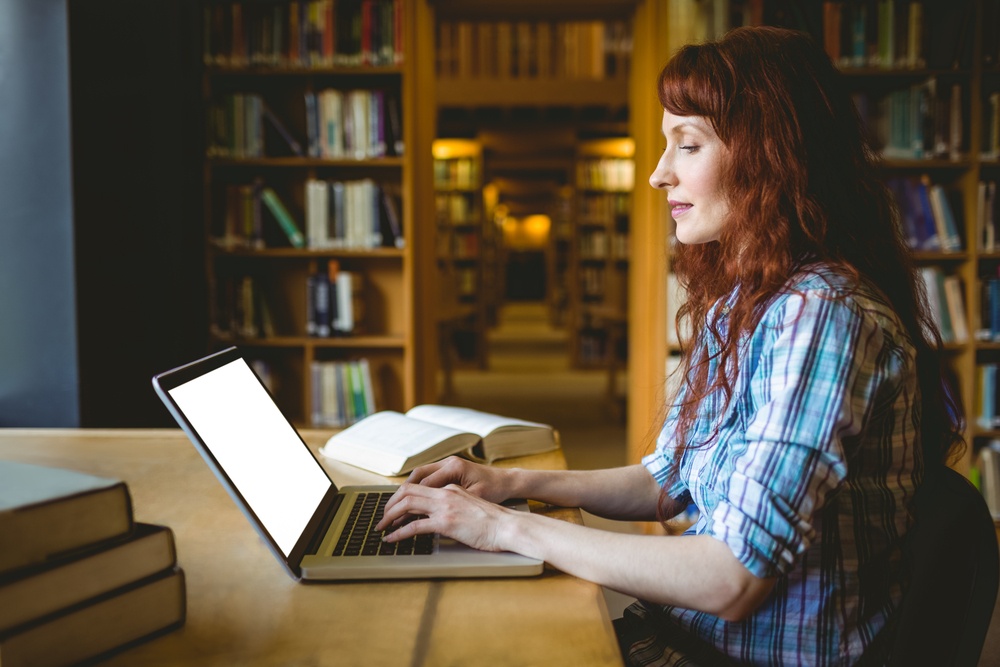 So it looks like the sweet spot for these students’ study time is somewhere between three and eight hours a day, probably closer to the 6-8 range.

Only a small number of students (nine all-A and five mostly-A students) reported studying for eight hours or more per day.  That’s why the authors concluded that eight hours of studying is probably a reasonable daily maximum. After all, it’s important for students to take time for doing things that aren’t studying—things like eating, exercising, socializing, and just relaxing. Doing well on exams is important, but so is maintaining one’s physical and mental health!

Though the results for outside study resource tools didn’t reach statistical significance, the authors did report on a few noteworthy trends.

When it comes to studying for Step 1, most of the highest-performing students (69% of the all-A students) reported that they focused on one or two study tools, such as Pathoma and First Aid. (Overall, around 75% of the surveyed students reported using these resources—they are among the most popular Step 1 prep tools). Speaking of USMLE prep tools, it’s interesting to note that only 22% (11) of the A students used UWorld Question Bank during their preclinical years.

This isn’t to say that you can’t be successful using more than 1 or 2 study tools (you do you!), but the results of this survey indicate that “using an increasing number of resources was not associated with success.” Essentially what that means is that using more resources doesn’t necessarily ensure success. 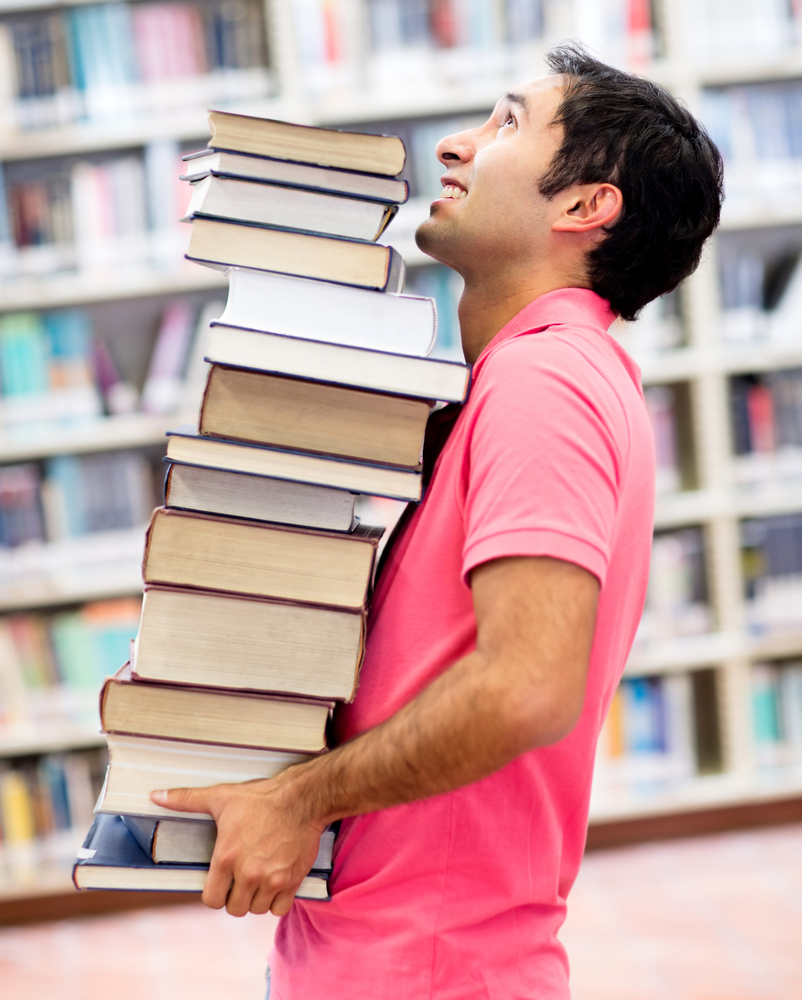 "You mean I don't need to carry around all these books?!"

By the way, if your own personal study techniques work for you but aren’t on this list, that’s totally okay! We’re certainly not saying there’s a single “right” way to study that will guarantee success. Remember—the results of this study only show us associations.

Like most scientific studies, this one did have some limitations that are important to note.

First, although the survey was sent out to 500 students, only 206 responded. It would be interesting to see if these results hold up on a larger scale, across multiple medical schools. In addition, the small number of C students (8, if my math is correct), may have skewed the results. For this reason, a larger sample size, especially one that includes more C students (or just compares all/mostly-A and all/mostly-B students) would definitely be more informative.

All in all, it looks like going to class, reviewing lectures in a timely manner, and putting aside time each day to study are pretty safe bets when it comes to improving academic performance. So go forth, acquire knowledge, and ace your exams! We believe in you!

P.P.S. Want to see our list of A&P study tips collected from a survey of over 200 instructors? Check out this blog post.