I must put my hand on my hip at least a thousand times a day. I don't know what it is—it's a habit that I can't seem to break. Mostly, I think it's because I never quite know what to do with my hands if I'm just standing. But there's something to be said for resting your hand on something sturdy—even when the sturdy thing is you!

The pelvic girdle may look like one giant bone, but it's actually made of three. The pelvic girdle connects the bones of the lower limbs to the axial skeleton by different attachment sites, and supports the vertebral column.

The hip bones are a major component of the pelvic girdle. Check out our free eBook to learn more!

And I'm going to be honest: I find the pelvic girdle to be one of the most beautiful structures in the entire body. I mean, look at it!

Check out more Anatomy & Physiology videos on our YouTube page.
Okay, let's take a look at the pelvic girdle, its relationship with the femur, and its responsibilities in the body.


Bones of the Pelvic Girdle

When we're born, we have over 300 bones. As we grow, some bones fuse together, leaving us with 206 by the time we're adults. The pelvic girdle, as I said above, is made up of three fused bones: the ischium, the ilium, and the pubis.

The pubis forms the anterior part of the pelvic girdle. It is a flattened, irregular-shaped bone that articulates with the pubic symphysis, a cartilaginous joint. 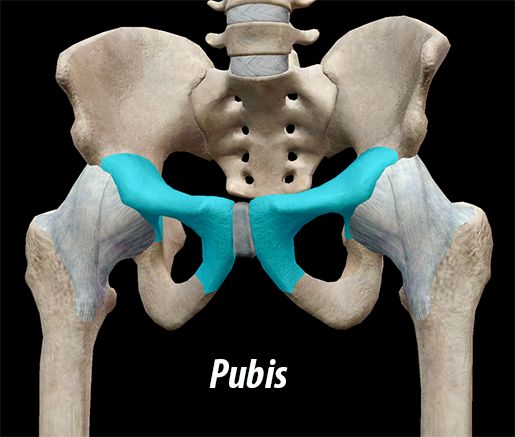 The ilium is the largest and most recognizable part of the pelvis: it looks like the top of a wing. If your hip bones "stick out" (are visible through your skin), it's usually the ilium you're seeing; they protrude outwards. The ilium articulates with the sacrum, forming the posterior wall of the pelvic cavity. The iliac crest, the superior-most area of bone, is the attachment site for several muscles, including the latissimus dorsi and gluteus maximus. 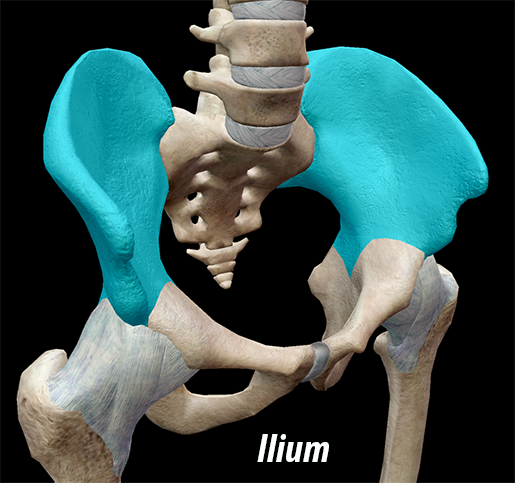 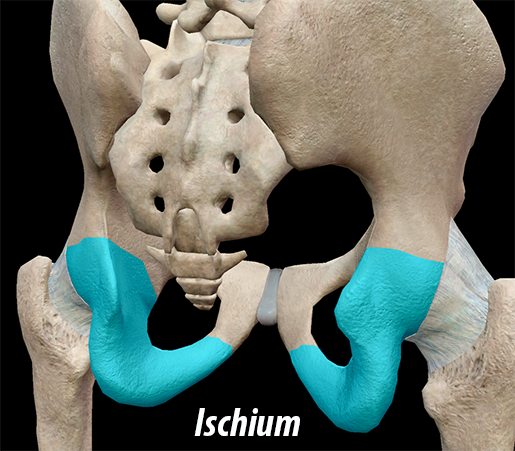 Acetabulum and the Pelvic Girdle

The femur and the pelvic girdle have a very special relationship—it's special in that it allows you to walk. Take a look at the femur (see image). The helmet-like structure highlighted in teal is the head. Many bones have a head.  What's special about this particular head is its role as the ball in the ball-and-socket hip joint. 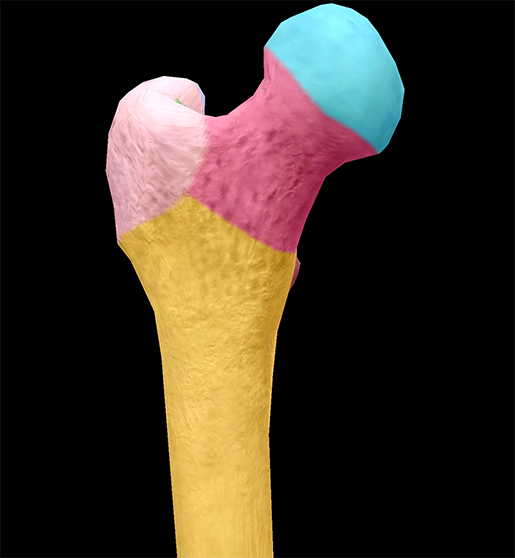 The pubis, ischium, and ilium have a hand in creating the acetabulum, the deep, hemispherical, cup-shaped depression (the socket) with which the head of the femur articulates. The head of the femur fits perfectly in this cavity; its ball shape allows it to roll the femur, rotating it in a way that facilitates walking. Ligaments hold the bones together. 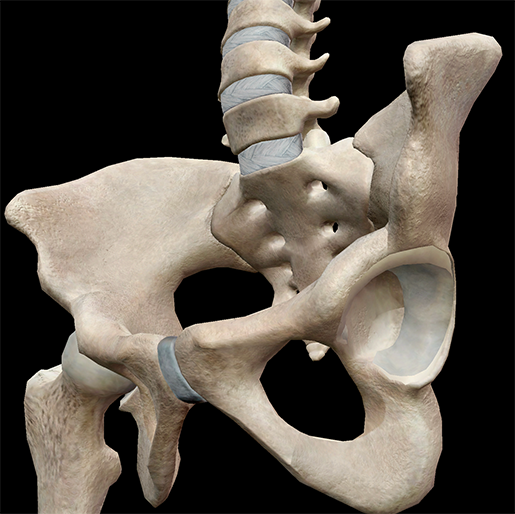 In addition to supporting the vertebral column and allowing you to walk, the pelvic girdle—along with the sacrum and the coccyx—forms the walls of the pelvic cavity, which contains and protects some of the reproductive, digestive, and urinary organs.

The pelvic girdle is delicate and shallower in the female pelvis than the male—the ilia are less sloped, and the superior aperture is more circular.