Rotate the 3D model to see that the femur is the only bone located in the thigh of the upper leg.

The femur is an awesome bone—and not just because it has a cool name.

1. The femur is the longest bone in the body.


The length of the average femur is about a quarter of a person’s height. Let’s say you’re about 5’6”: that means your femurs are each around 17 inches long! 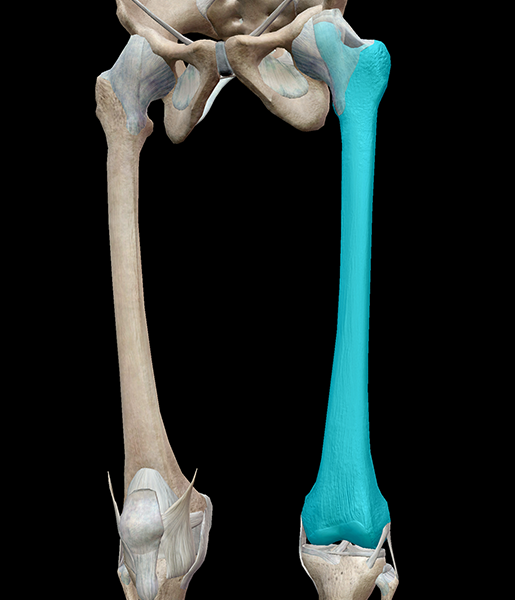 2. The femur is a weight-bearing bone.

The femur and the tibia team up with the bones of the foot to hold the weight of the body, helping us fight against gravity and stand. Interestingly, although it does help stabilize the lower leg muscles, the fibula isn’t weight-bearing like the femur and tibia.

Also, did you know that weight-bearing exercises (even something as simple as walking, jogging, or climbing a flight of stairs) helps maintain bone health? As the bones adjust to the pull of muscle, they become more dense. 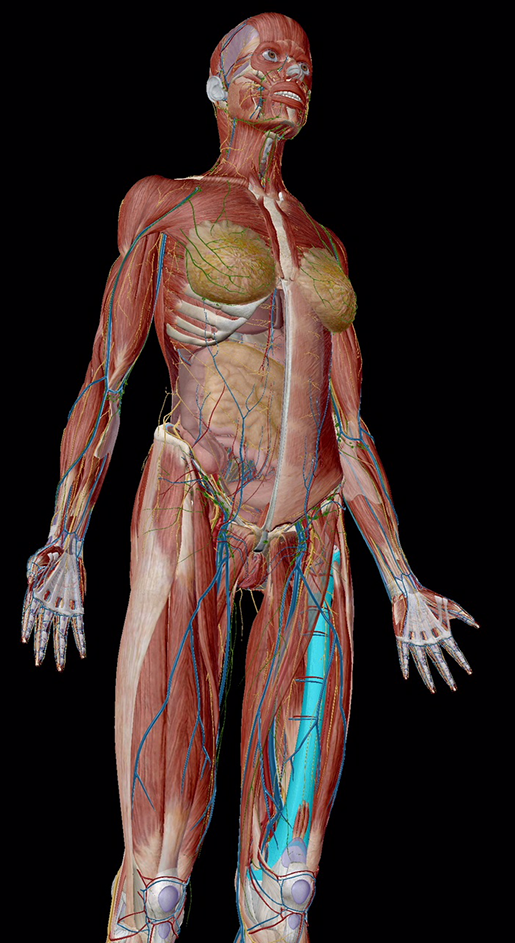 3. The greater trochanter provides leverage for gluteal muscles and other muscles that rotate the thigh.

Like the shoulder, the hip is a ball and socket joint, allowing for a wide range of motion. The greater trochanter fits into the acetabulum, a bowl-shaped structure formed by the hip bones. The acetabulum is covered in a layer of articular cartilage to keep the movements of the hip joint smooth as the head of the femur swivels. Connecting the femur to the bones of the pelvis are the ischiofemoral, iliofemoral, and pubofemoral ligaments.

4. The medial femoral condyle bears more weight due to the center of gravity being medial to the knee.

The tibia may run vertically from the knee to the ankle, but the femur is actually set at an angle. It’s oriented around 10-15 degrees away from vertical (a difference known as the Q-angle). Because the female pelvis is typically wider than the male pelvis, females tend to have a larger Q-angle.

5. Being a long bone, the femur contains both red and yellow marrow.

Red bone marrow is what we typically think of when someone talks about bone marrow – in fact, in newborns, all bone marrow is red! It’s composed primarily of hematopoietic tissue, home of stem cells that create new red blood cells, white blood cells, and platelets. Yellow bone marrow, on the other hand, is made up mostly of fat. 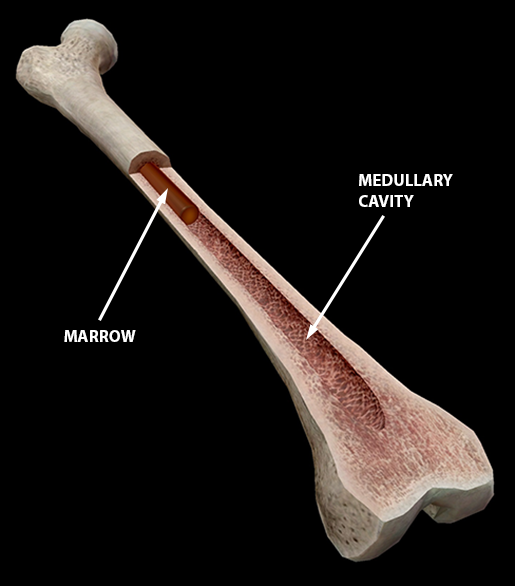 Be sure to subscribe to the Visible Body Blog for more anatomy awesomeness!
Are you an instructor? We have award-winning 3D products and resources for your anatomy and physiology course! Learn more here.