Rotate the 3D model to see the three sections of the pharynx: the nasopharynx, oropharynx, and laryngopharynx.

Anatomy and Physiology: The Pharynx and Epiglottis

Once upon a time, I almost died.

I was two years old and at my grandmother’s house, where my cousins were having a blast trying to find the plastic Easter eggs my grandmother had hid. You see, inside the eggs were quarters, dimes, and nickels. And, if you were lucky, you would stumble upon big plastic eggs, which had dollar bills inside them. But, being two, I wasn't really able to participate. That didn't stop me, though. I stumbled around on my stubby legs and happened upon a plastic egg, inside which were a quarter and a nickel.

Naturally, I scooped out the change and shoved them in my mouth.

The next few minutes were kind of chaotic, what with me choking and turning blue, slipping slowly into unconsciousness, while my grandmother screamed at the 9-1-1 operator to make the ambulance drive faster and my mother tried to perform the Heimlich on my little body to no avail. They realized with horror that the ambulance wasn’t going to make it in time. My dad—thinking fast, or not at all—pried my mouth open and stuck his fingers down my throat. Pretty far, according to my mother. He managed to drag the coins up out of my throat and out of my mouth, which was incredibly lucky, as he had a much better chance of pushing them down even further and sealing my fate. The paramedics arrived some minutes later and declared me A-OK. That day left me with a cool story to tell 27 years later and my parents with a healthy fear of coin currency.

Why did I tell you this story? Because this is a great example of the pharyngeal reflex, or gag reflex, which your body employs to prevent unwanted things (such as coins) from entering the lungs. The digestive system and upper respiratory system share many of the same structures, so to make sure everything goes where it’s supposed to, the body has certain vanguards in place. Let’s take a look at them! 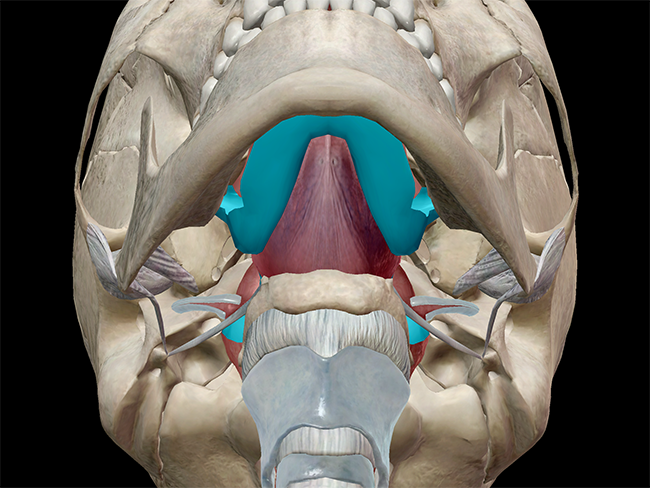 We’re all pretty familiar with this structure. The oral cavity is the inside of the mouth, an oval-shaped cavity located anteriorly to the pharynx at the start of the alimentary canal. The front of the cavity is bound by the inner surface of the lips and cheeks to the gingiva (gums) and teeth. The cavity floor is defined mostly by the tongue and the roof is formed by the hard and soft palates.

Food is masticated (chewed) in this cavity by the teeth and tongue, mixed with saliva containing enzymes to help break down carbohydrates. The mass created by this process is called a bolus, which is then swallowed.The oral cavity is also an airway for the respiratory system.

The pharynx is a large musculomembranous tube that functions in both the respiratory system and the digestive system. It is made up of three sections: 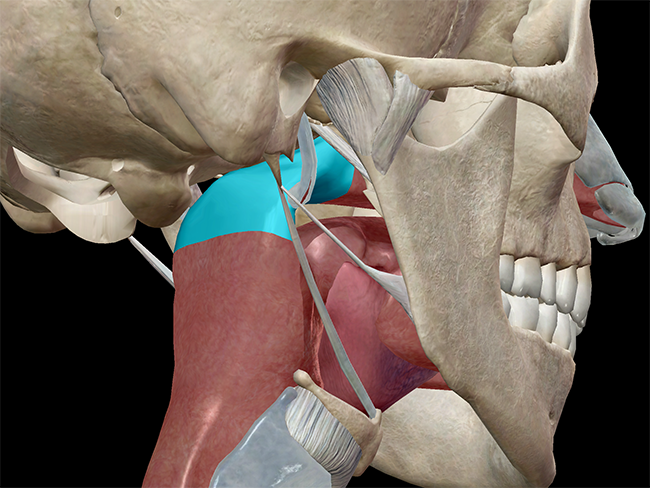 This portion of the pharynx begins at the back of the nasal cavity, situated behind the nose and above the soft palate. Unlike the other two portions of the pharynx, the nasopharynx remains open all the time. On each lateral wall is the pharyngeal opening of the Eustachian (auditory) tube. The nasopharynx functions as an airway in the respiratory system. Also contained within the nasopharynx are the adenoids, or pharyngeal tonsils. 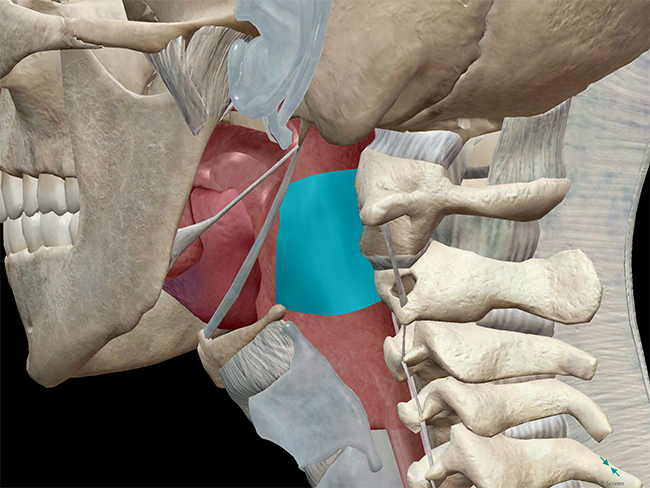 The oropharynx is the middle portion of the pharynx, working with both the respiratory and digestive systems. It opens anteriorly in the mouth and extends from the soft palate to the hyoid. In each lateral wall is a palatine tonsil; also in this region are the sublingual tonsils, which are under the tongue. The oropharynx functions as an airway and as part of the alimentary canal. 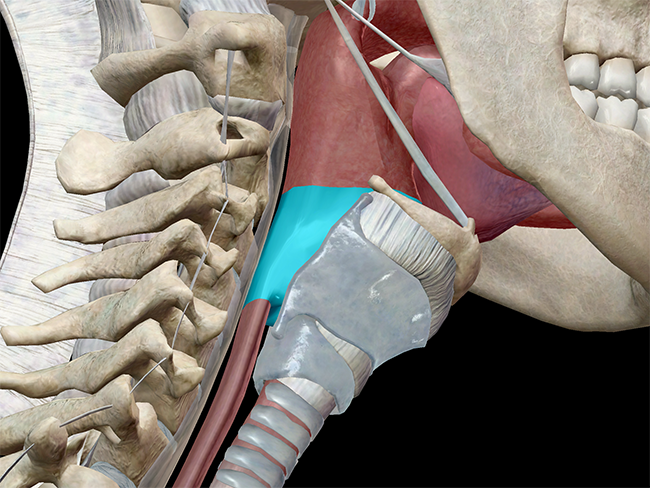 This is where my near-death experience could have gone either way. The laryngopharynx is the posteriormost inferior region of the pharynx, reaching from the hyoid to the lower border of the cricoid cartilage; it’s the place where the respiratory and digestive systems diverge. 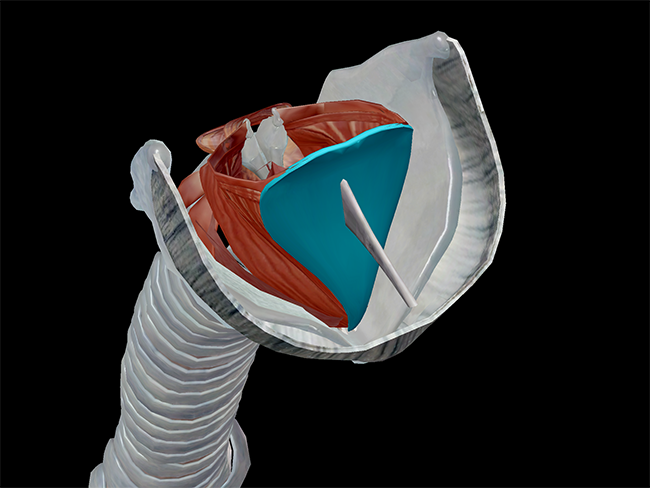 I have a love/hate relationship with the epiglottis. On the one hand, I think its function in the respiratory system is fascinating, and I have it to thank for trying to keep the coins from entering my lungs; on the other, I loathe it for all the extra work it made me do in my college linguistics course. If I hear the words “glottal stop” ever again, I will not be responsible for my actions.

The epiglottis is a leaf-shaped cartilaginous structure that is part of the laryngeal skeleton. It’s usually directed upward toward the pharynx, like an open door through which air passes to the trachea. During swallowing, it prevents entry to the larynx—closing the door, so to speak—to stop food, liquid, and saliva (and coins) from entering the trachea.

Things are slightly different when it comes to the stoppage of air in speech. For example, you tend to create glottal stops in words that end in t+vowel+n. The word “button” sounds like “butt-n” when spoken—you don’t tend to vocalize the vowel because the vocal cords close sharply and no air is passed.

Also, if you’ve ever swallowed the wrong way, you’ve experienced that quick panic and awful seizing in your chest. This is the pharyngeal reflex, or gag reflex, acting to expel whatever you swallowed before it can enter the lungs. Sometimes the reflex is very sensitive, and even accidentally pushing your toothbrush too far can set it off! Your body very much doesn’t want you to asphyxiate; I wish two-year-old me had received that memo.