The battle of the sexes. Men vs. women. Anything you can do, I can do better. For all that battling, it’s amazing how similar we can be. The bits and bobs that everyone seems to think separate us? Really quite similar, actually.

"But," I can hear some of you saying, "there are some obvious differences."

I know what you're thinking… But even if the structures of our reproductive systems look quite different, what if I told you many of their functions are amazingly similar?

And here’s the mind-blowing part: there's a stage in utero in which male and female anatomy is indistinguishable.

Let’s take a look at some similarities between the male and female reproductive systems.

Development of Internal Genitalia (or: Seriously, Our Anatomy Was Exactly the Same At One Point)

There is a time in utero when a developing embryo doesn’t have a noticeable sex. Around 6 weeks, the internal and external genitalia develop, but it’s an in-between state of undifferentiated gender. Think of it like a caterpillar in a chrysalis, undergoing a big change.

An embryo in the early stages (around weeks 5–6) has reproductive structures, ducts, and gonads that can develop into a female or male system. Once the genes determining sex are activated, the appropriate structures will remain while the others degenerate. In the case of a female embryo, it is the paramesonephric (Mullerian) ducts; for the male, it is the mesonephric ducts that develop. The gonads will develop into ovaries or testes. 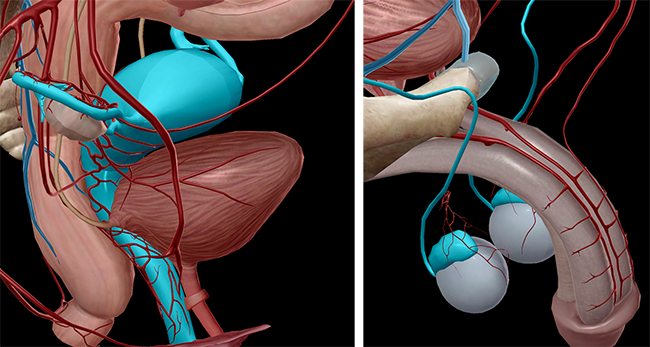 Development of External Genitalia (or: One of These Things Is Exactly Like the Others)

The images below show the similarities in innervation between the glans penis and the clitoral glans: 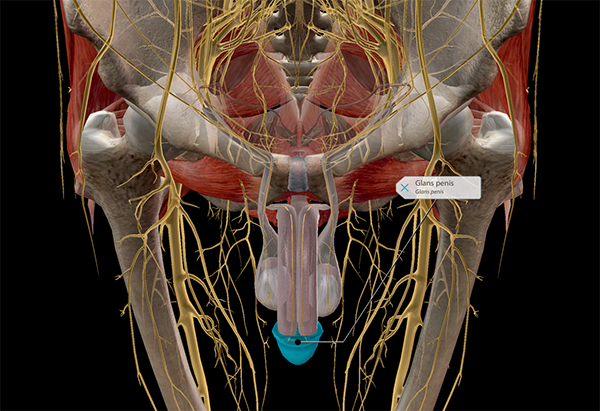 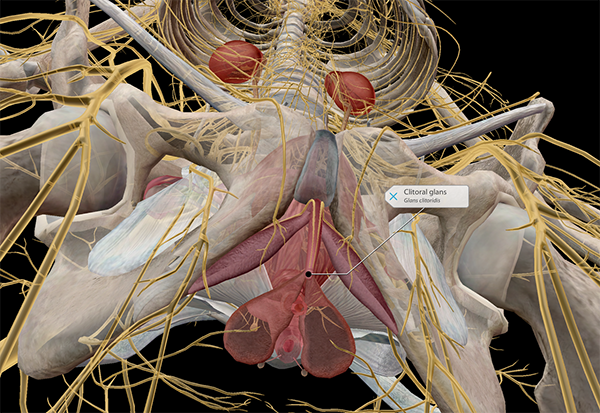 In the next couple of weeks in utero, the undifferentiated anatomy will slowly develop characteristics to match the embryo’s sex. 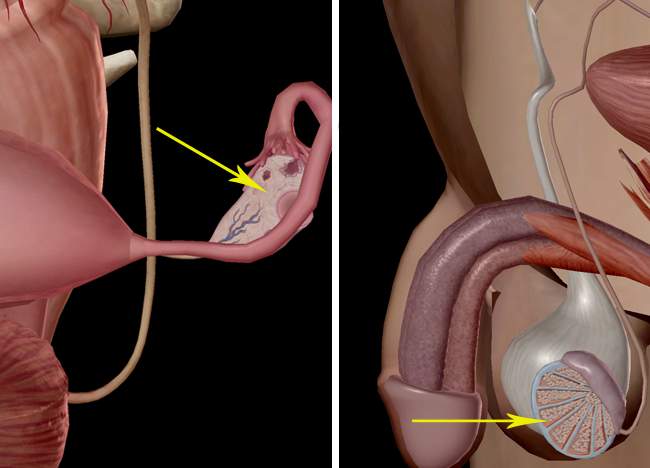 Ovaries and testes, as I stated before, develop from the same primitive gonads. Even once someone is sexually mature, the testes and ovaries retain almost the exact same egglike shape and function (gamete production). Testes produce about 1,500 sperm/second (see left image). Ovaries contain about two million egg cells (see right image).

The Glans Penis and the Clitoris (or: Stop Giggling)

As any middle schooler knows, the mere mention of these words is enough to give one the case of the giggles. I’ll wait until you’re finished.

Are you done? Awesome.

As I mentioned, in utero we all have a glans area to start with, from which the glans penis or the clitoris eventually develop. Although the penis and clitoris (stop giggling) are different in shape and most functions, what they have in common is nerves. As in, lots of them. There are higher concentrations of nerve endings in the clitoris (8,000+) and the head of the penis (4,000+) than anywhere else in the female and male bodies.

Cowper’s (Bulbourethral) Glands and Bartholin’s Glands (or: I Don’t Have a Cute Subtitle for This)

The human reproductive system has many glands (the male’s more than the female’s), but the bulbourethral glands in males are homologous to the Bartholin’s glands in females. They are both considered accessory glands.

The bulbourethral glands of the male are two pea-sized glands located behind and lateral to the urethra. The gland’s lobules produce alkaline mucus and a single duct carries this mucus into the urethra. The mucus counteracts trace amounts of acid left over from urine, which can interfere with the motility of sperm.

On the other hand, the female’s Bartholin’s glands are two pea-sized, racemose (clustered) glands situated under the skin on either side of the lower part of the vaginal orifice. Like the bulbourethral glands of the male, the Bartholin’s glands secrete a mucus, mostly for lubrication.

There are more homologues than I’ve listed, but those are the big five. So the next time someone tries to lord their gender over you, helpfully remind them that, despite looks, you’re pretty much the same.